‘Pedal for the Planet’ at the main Earth Hour switch-off 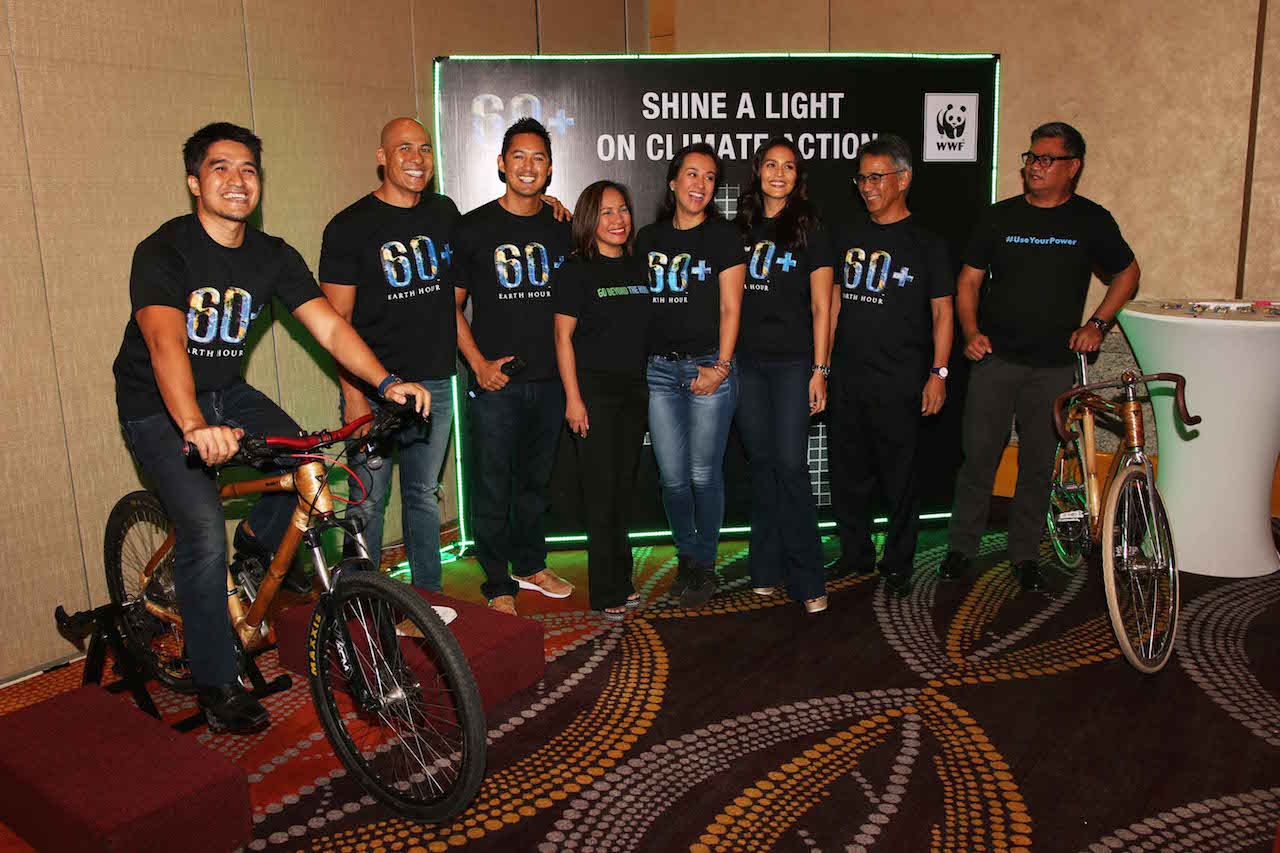 This is an announcement.

The event shall be held at the Quezon City Memorial Circle on Saturday, March 19.

Thousands are expected to come and celebrate climate solutions with WWF-Philippines Ambassadors Marc Nelson, Rovilson Fernandez, Mikee Cojuangco-Jaworski, plus other personalities and acoustic performers from 7:00 pm to 10:00 pm.

An LED map of the Philippines shall be lit by volunteers pedaling on 10 stationary bamboo bikes attached to energy generators, which convert "pedal power" to electricity.

“All participants will get a chance to pedal for the planet and show the world that human power can light up the Philippines and the world,” says Earth Hour Philippines Director Gia Ibay.

Electric vehicles such as e-jeeps and e-trikes shall also be on display.

“Our aim is to showcase low-carbon alternatives which all Pinoys can embrace,” adds Ibay. “These range from alternative modes of transport to energy-efficient technologies like portable and household solar kits. The event will also be partially powered by renewable energy – particularly solar, wind and biogas.”

Earth Hour shall be observed across 24 time-zones in 178 countries and territories on March 19.

First observed in 2007, the movement uses the simple action of switching off lights for 60 minutes to deliver a powerful message on the need for decisive climate change solutions.

Since 2007, the movement has grown from a symbolic switch-off event in Sydney, Australia, to the world’s largest open-sourced environmental campaign mobilizing billions of people in over 7,000 hubs globally.

Lights off in the Philippines

Many more Earth Hour events are being staged across the Philippines.

“We are elated at the massive outpouring of support. Government agencies, media allies, corporations, schools, civil society groups and individuals have all pledged to shine a light on climate action through Earth Hour,” says WWF-Philippines CEO Joel Palma.

“We encourage participants to upload their Earth Hour videos and photos on social media using the hashtag #EARTHHOURPHILIPPINES. The most meaningful and unique celebrations shall be featured on our social media platforms.”

The Philippines has been championing Earth Hour since 2008 and has topped participation records from 2009 to 2013 – earning it the title of Earth Hour Hero Country.

Earth Hour is a media-driven campaign and is being promoted through strong alliances with its media partners. WWF thanks all its champions and calls on the rest of the nation to adopt low-carbon solutions.

“Even more important than observing the switch-off is each group’s commitment to Go Beyond the Hour when the lights are switched back on,” say Ibay.

“Earth Hour is symbolic. We’re not going to stop climate change just by switching-off our lights for 60 minutes – but if we collectively reduce our energy use by shifting to renewable energy and energy-efficient technologies, we will definitely change climate change and secure the low-carbon future we need,” she adds. – Rappler.com