MANILA, Philippines - Alaska, a legacy milk brand many Filipinos grew up with, will likely be under the control of a foreign firm by May 2012.

The deal is valued at around P12.9 billion, making it one of the largest merger and acquisition (M&A) transaction involving a Filipino company.

This will allow the Netherlands-based company to increase its presence in Asia, following a history of growing through mergers and takeovers. The predecessor entity to FrieslandCampina has been a long-time foreign partner of the Uytengsus. 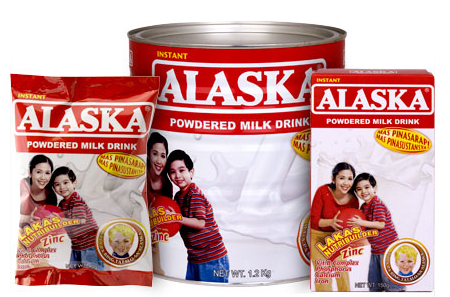 Buying the Uytengsus' 535.7 million shares will increase the Dutch dairy's share in Alaska Milk Corp. from its current 8.1%, according to a statement released to the Philippine Stock Exchange (PSE) on Friday, March 9.

FrieslandCampina will pay P24 per share, a 50% premium against the closing price of P16 on March 8. The transaction is expected to close around May 2012, subject to customary closing conditions.

In compliance with regulatory requirements, FrieslandCampina will offer to smaller investors that own the remaining publicly traded shares the same P24-per-share deal price it agreed with the Uytengsus. (Buyers of a 35% stake or more in a listed are mandated to make a tender offer to minority shareholders.)

Wilfred Steven Uytengsu Jr., 49, would be retained as Alaska's president and chief executive officer, as well as retain his seat in the company board, according to the disclosure.

Uytengsu is the son of the company founder who died in April 2010 at 82. Uytengsu became CEO in 2007 when his father stepped down. Forbes magazine ranked him as the 33rd richest person in the Philippines in 2011. Forbes estimated that his wealth--shared with 2 siblings--reached around $150 million. 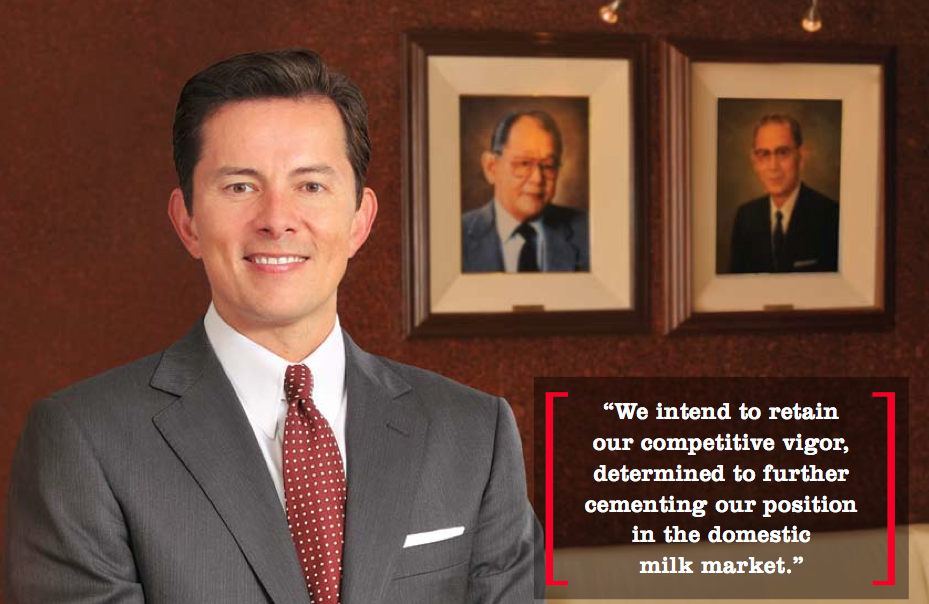 DETERMINED TO COMPETE IN 2010. As recent as 2010, CEO Wilfred Steven Uytengsu Jr. was determined to compete but admitted rising product prices were posing a challenge. Photo courtesy of Alaska Milk Corporation's 2010 Annual Report.

A Filipino staple faces a challenge

Alaska has over 1,000 employees and a manufacturing facility in San Pedro, Laguna.

For almost 4 decades, Alaska endeared itself to Filipino consumers and spread its tagline, "Sa sustansya at lasa, wala pa ring tatalo sa Alaska (in nutrition and taste, nothing beats Alaska)."

Even megastar Sharon Cuneta represented the brand nearly a decade ago.

But net sales grew 13% between 2010 and 2011, showing that the brand remained popular with customers.

The increase in sales volume and market share narrowed the revenue shortfall, but the company said in its disclosure to the stock exchange that higher raw material costs posed a challenge.

Prices of materials had plagued the company. Uytengsu wrote in the company's 2010 annual report, "Prices of skimmed milk powder, a key ingredient in most of our products, have risen sharply... Furthermore, local costs of sugar and coconut oil have likewise increased drastically, adding pressure to profit margins. It is unlikely that this trend in commodity prices will reverse in the short-term."

Pehaps these pressures contributed to the Uytengsus decision to sell their stake to the foreign dairy titan.

A meeting of giants

With annual revenues of over P12 billion, Alaska Milk is one of the 2 biggest players in the Philippine dairy industry and the largest listed milk company in the country.

On the other hand, its upcoming major shareholder, FrieslandCampina, is the leading dairy company in the Netherlands. This Philippine acquisition will add roughly 100 million consumers to the Dutch firm's existing consumer base.

The Dutch dairy is active in Thailand, Indonesia, Malaysia, China, Vietnam, India and Singapore so this recent Philippine deal could serve as a further launchpad for growth in Asia.

"Adding Alaska Milk gives us a strong, high-growth platform in the Philippines...It also confirms our international aspirations and determination in entering markets similar to various other Asian countries where FrieslandCampina's capabilities can create value," said Royal FrieslandCampina CEO Cees 't Hart in a statement to the local stock exchange. - Rappler.com