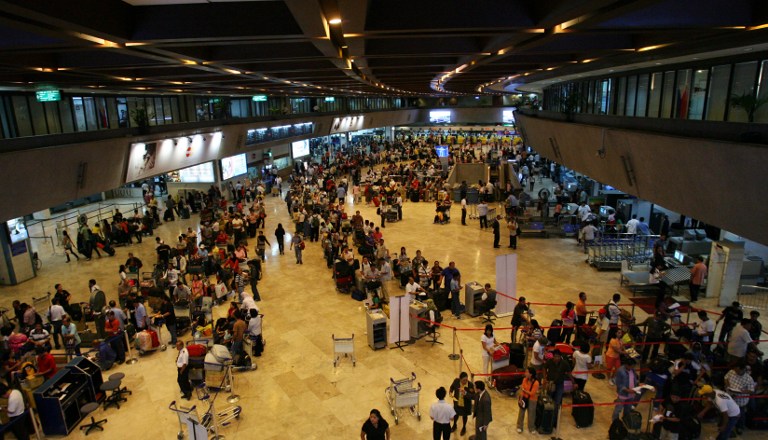 Passengers form a long line in front of airlines check in counters at the terminal building of Manila international airport on June 16, 2008.

MANILA, Philippines - The country's largest budget carrier called on the Aquino government to consider the additional seat capacity required from commercial airlines that will fly in 10 million tourists, the official target for 2016.

Candice Iyog, Cebu Pacific vice president for marketing, then highlighted the need for the Philippine air panel, which conducts country-to-country negotiations for additional seats, to keep those targets in mind.

“We would need this much additional capacity and the [panel] must realize that you have to factor in flight entitlements if we want to promote tourism,” she said.

Cebu Pacific has been raring to clinch more flight entitlements out of the agreed total the negotiating panel seals with their counterparts in the other county.

The Gokongwei-led airline is looking to launch long-haul flights in 2013 to destinations that include the Middle East, a lucrative route that it currently does not have flight allocations for.

The Department of Tourism (DOT), a member of the negotiating panel, recorded 2.5 million tourists arrivals in the Philippines at end-July.

Almost 100% of tourists arrive by air to visit the Philippines, an archipelago in Southeast Asia. - Rappler.com