Investment lessons from a Chinese proverb

MANILA, Philippines – Lately, the stock market is seeing great volatility, no thanks to the Greek crisis early this year, and China’s economic slowdown paranoia. Both of these contribute to the downturn of our stock market.

For new and inexperienced investors, this could be nerve-wracking. I then remembered reading about a Chinese proverb that we can all learn from during moments like this: it is about an old man losing his horse.

The proverb traces its origin from the tale of an old man living in the borders of China. One day, he lost his horse after it ran away. His friends, fearing that he might be depressed because it was indeed a fine stallion, went to his home, hoping to comfort him. However, they were surprise when the old man nonchalantly replied, “I lost my horse, and this may not even be a bad thing.”

A few days later, his horse returned and even brought an equally fine stallion along. Once again, his friends came to him and congratulated him on his fortune. Just like the first time, they were surprised when the old man told them, “I gained another horse. This may not even be a good thing.”

This time, his words were ominous. When the son took the new stallion for a ride, he met an accident and broke his leg. The old man still maintained an indifferent attitude, not believing it to be a curse.

Several years later, when the Huns threatened to invade China, an edict was passed to have all able-bodied men join the army. His son, having been crippled by the accident years earlier, was spared from the war that left several hundreds of thousands dead. If his son joined the army, it was in all likelihood he would have died.

The proverb teaches us to maintain an impartial judgement over a particular incident. A seemingly pleasant incident might turn sour at the end; and vice versa. The old man did not grieve when his horse ran away, and when his son broke his leg. Likewise, he did not celebrate when his horse came back with another horse. He took everything at face value: his horse ran away; and his son, crippled.

And an impartial judgement is what we need to be successful in investing. After all, prices and values of assets swing like a pendulum. If we cannot maintain emotional stability during these swings, then our money is most likely doomed.

Renowned stock trader, Alexander Elder wrote in his book, Trading for a Living, that when he was just starting out, a professional trader from Texas told him, “If you sit across the table from me while I day-trade, you won’t be able to tell whether I am $2,000 ahead or $2,000 behind on that day.” The trader is emotionless.

The question is: How many of us can be emotionless when investing?

In 2007, when the local stock market was already loosing steam, some investment houses were still betting that the Philippine Stock Exchange Index (PSEi) will hit the 4,000-level the following year. At that time, the highest level the index reached was close to 3,800 so accomplishing that would mean another positive return for the index.

Everyone became excited, and despite the tell-tale signs of an imminent catastrophe, funds kept pouring in.

And then the market crashed. It took 3 years for the market to recover. The stock market hitting record high one after another may not look like a joyous moment much like when the old man's horse bought another horse back.

Then again, when it did crash, it may not be such a bad thing as well. Those who invested during its lows saw their holdings more than doubled or even tripled already.

As history repeats itself, the same scenario happened in 2013. The first half of the year saw an unprecedented 20% growth. Then everything was lost. The year ended barely positive.

It is happening now, and it will definitely happen again in the future. Amid the jitters and panics, there is once again opportunity to be made: when we become like the old man. – Rappler.com

Got a question about personal finance? Tweet @rapplerdotcom or email us at business@rappler.com. 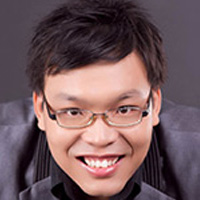