The SWS survey conducted from Dec. 8 to 11, 2012 found that 54% of respondents or 10.9 million households felt they were poor. This was 7 percentage points higher than the 47% or 9.5 million families recorded in SWS' August survey.

This was contrary to an earlier SWS report that said hunger among Filipino families fell to 16.3% in December from 21% in August. 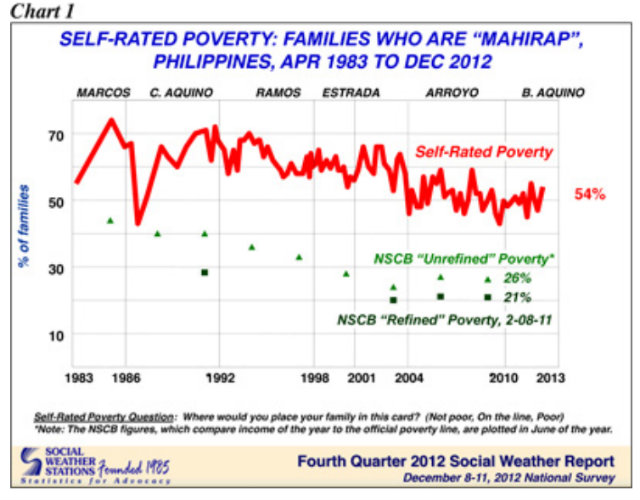 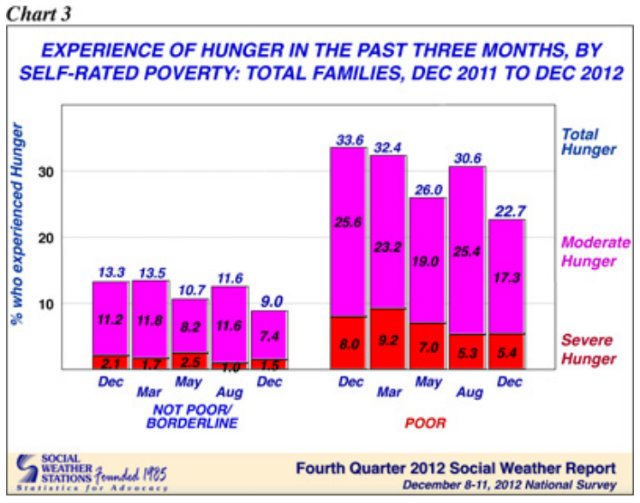 To determine self-rated poverty, respondents from across the nation were asked to state where their families' incomes fall: not poor, poor, or the borderline.