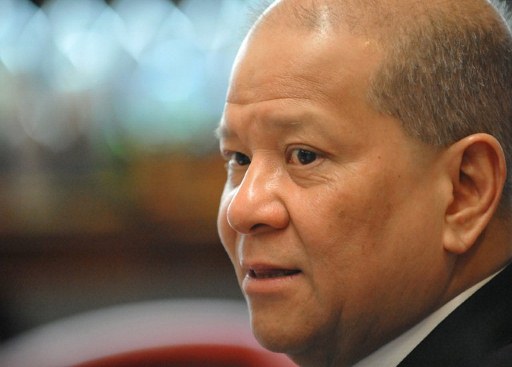 CONVENIENCE. Ramon Ang, chief of San Miguel Corp, the parent firm of the group eyeing to build MRT-7, says safety and convenience are tucked in the project contract.

MANILA, Philippines - The contract to build the the Metro Railway Transit 7 (MRT-7) has provisions that maximizes passenger comfort, said an official of the consortium that won the right to build and operate it.

Joint venture partners DM Consunji Inc. (DMCI) and Japanese firm Marubeni Corp., which won the contract to build the MRT-7 rail project, are bound to ensure safety and convenience features, according to a previous interview with Ramon Ang, the president of San Miguel Corp, which is eyeing the project concession from the government.

“Before, there were no safety measures. Now, the contract includes the installation of shock absorber, anti-bumping, anti-derail. There are many safety features that they have added,” said Ang.

“There was an intense bidding competition,” added Ang, referring to the award of the contract for the $1.6-billion elevated railway that will link North Edsa to Bulacan.

Ang said this led the DMCI-Marubeni team to add improvements in their contract bid for the project's engineering, procurement, construction, and commissioning.

Construction was supposed to take 3.5 years but has been hit by delays arising from issues raised by affected local government units. Another reason why the project could not be implemented yet is because the government has yet to give its green light.

The project is now being reviewed by the Department of Finance. “We are prepared to start the project as soon as it’s approved,” said Ang.

Universal LRT Corp. holds the right to develop the railway system. In 2010, SMC acquired a 51% interest in Universal LRT, which used to be owned by Israeli businessman Eli Levin before he sold it to businessman Salvador Zamora II. - Rappler.com