Star Magic Ball 2016: What are the celebs going to wear?

MANILA, Philippines – The Star Magic Ball is well known not just for the program, but for the glamorous red carpet extravaganza showcasing the work of top Filipino designers.

Here are 10 celebrities and what they're set to wear, according to a release:

1. Kathryn Bernardo in Michael Cinco. Last year, Kathryn wore a white gown by the noted Dubai-based fashion designer. She is expected to wear another one of his creations this year at the event. 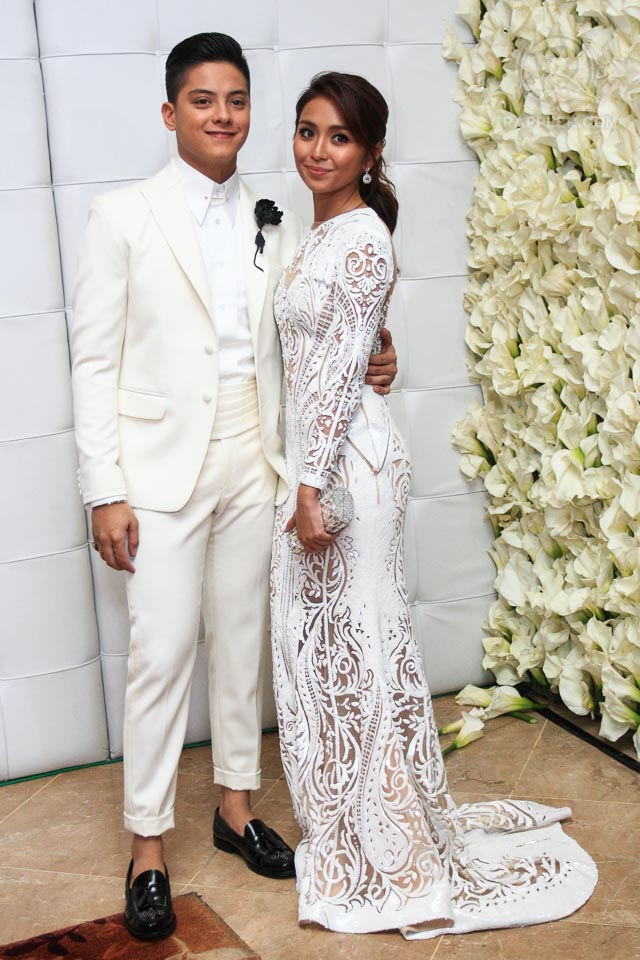 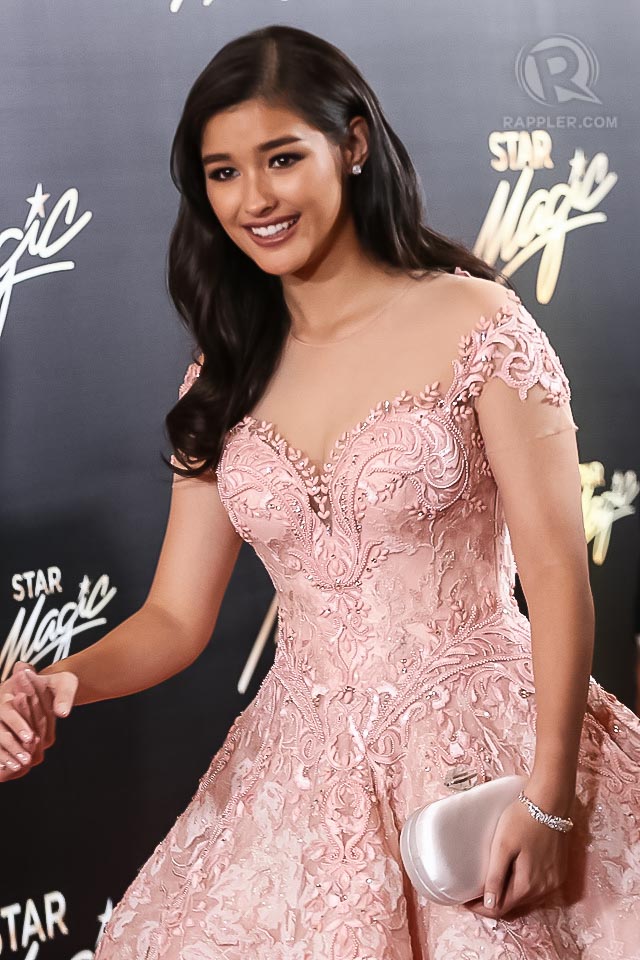 3.  Julia Barretto in Rosenthal Tee – In 2014, Julia wore a Rajo Laurel gown that got her the Best Dressed award. Last year, she wore a pink gown by Mark Bumgarner. For this year, she is expected to wear a gown by designer Rosenthal Tee. 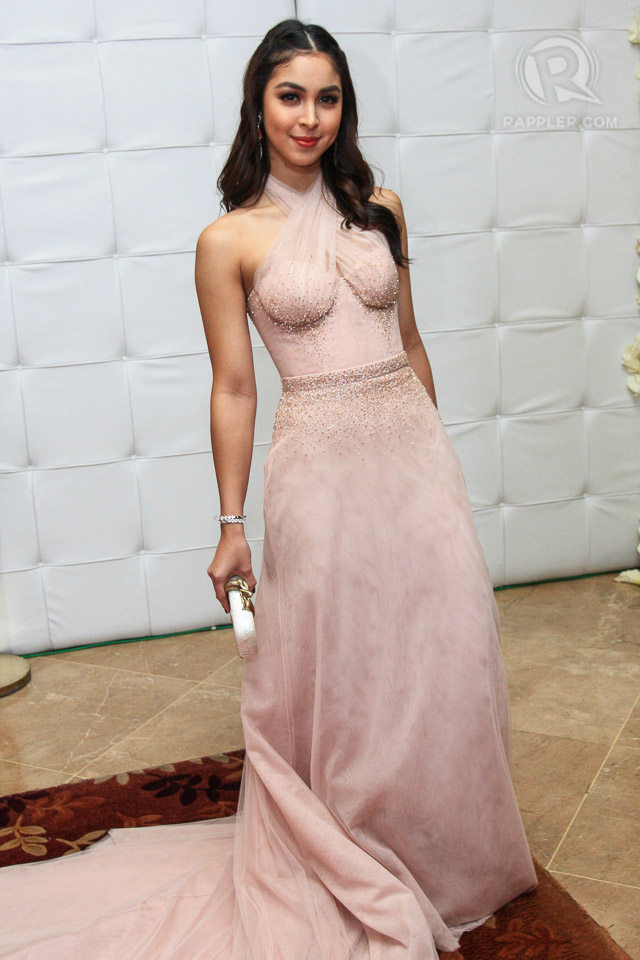 UPDATE: Julia wore a gown by Michael Cinco to the Star Magic Ball 2016 according to an Instagram post of Stylized Studio.

4. Janella Salvador in Jo Rubio – Born for You star Janella Salvador will attend the ball for the 5th time. Last year, she wore a gown by Pepsi Herrera. During the cotillon presentation, she wore Stephanie Tan. For this year's red carpet, Janella will wear a Jo Rubio creation. 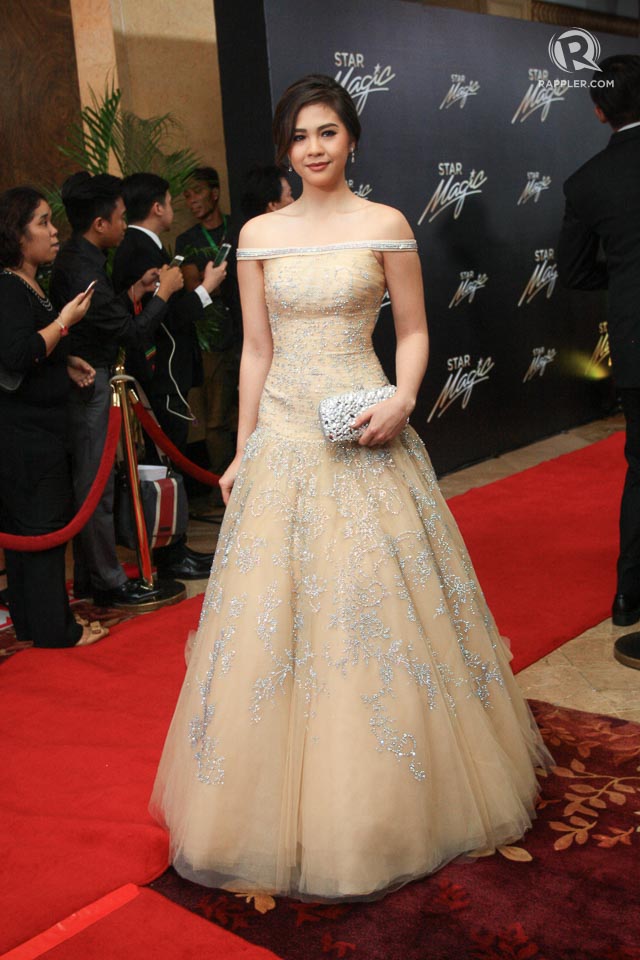 5. Maricar Reyes Poon in Ivarluski Aseron– In 2013, Maricar wore a Rhett Eala gown. In 2014, she wore a Francis Libiran creation and at last year's ball, she went with a white Vania Romoff gown. This year, she is expected to wear a creation by top designer Ivarluski Aseron. 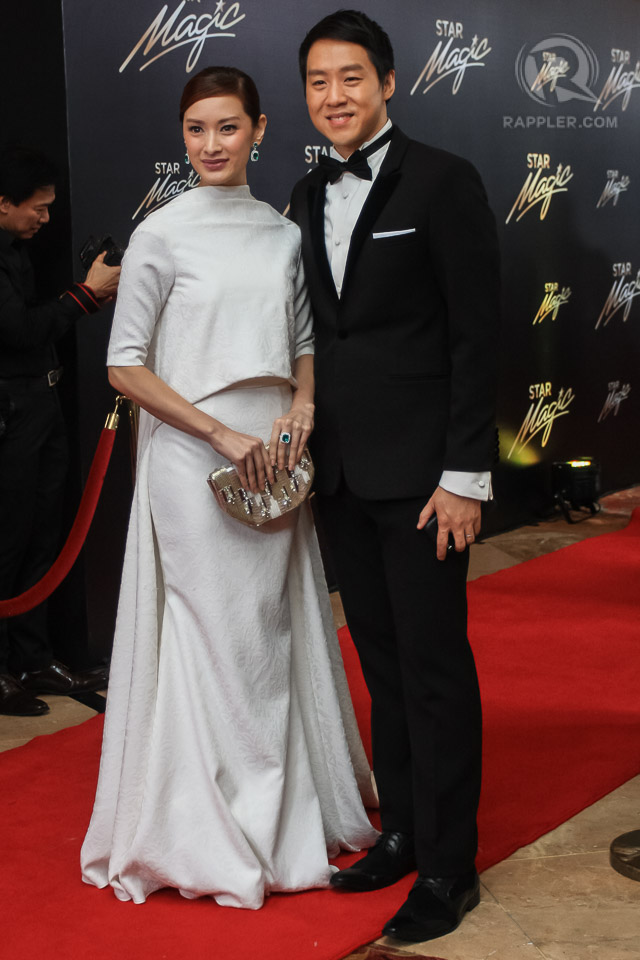 6. Jessy Mendiola in John Rufo –  Last year, Jessy Mendiola was unable to go to the ball because personal reasons. But this year, she will definitely return and is reported to be attending with Luis Manzano. At the 2013 Star Magic Ball, Jessy wore Francis Libiran. In 2014, she wore a gown by Popo Go and went solo. For this year, she is set to wear designer John Rufo. 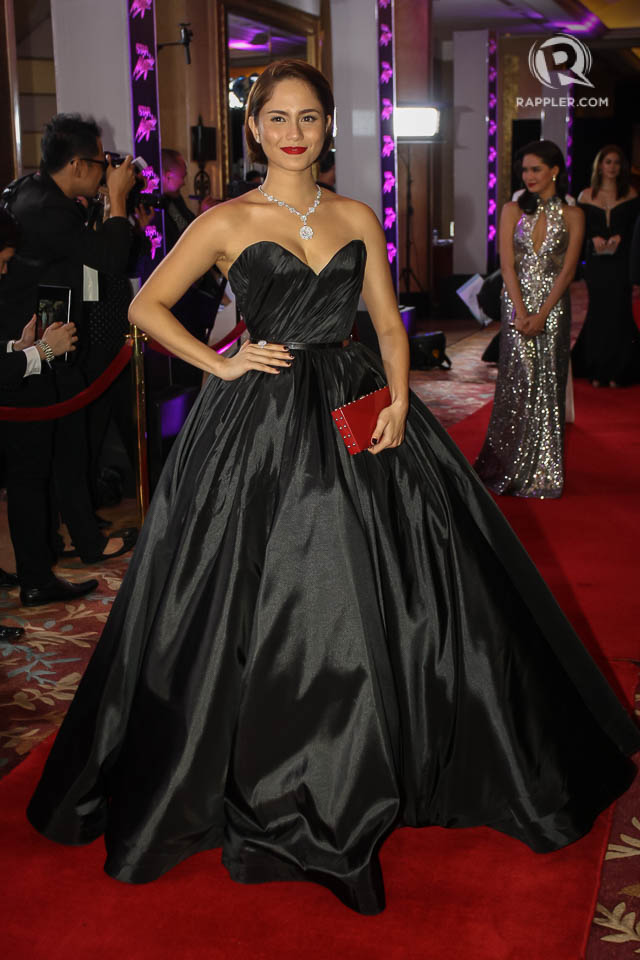 Jessy Mendiola in Popo Go during the 2014 Star Magic Ball.

7. Kim Chiu in Val Taguba – Another favorite to watch out for in the red carpet is Kim Chiu. She has worn designs by Pepsi Herrera, Edwin Tan, and Patricia Santos. For this year, Kim is expected to wear a gown by Val Taguba. 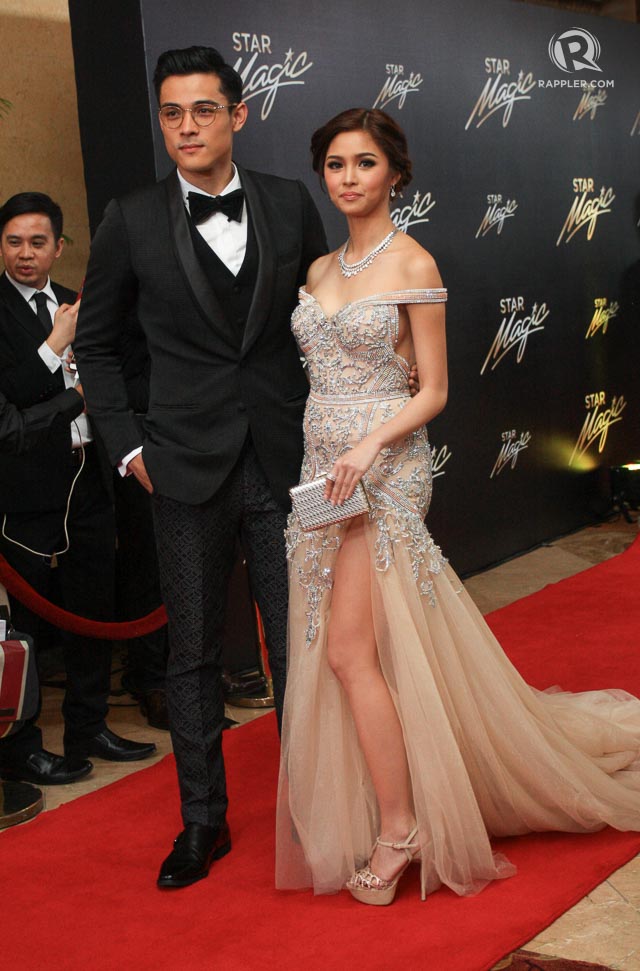 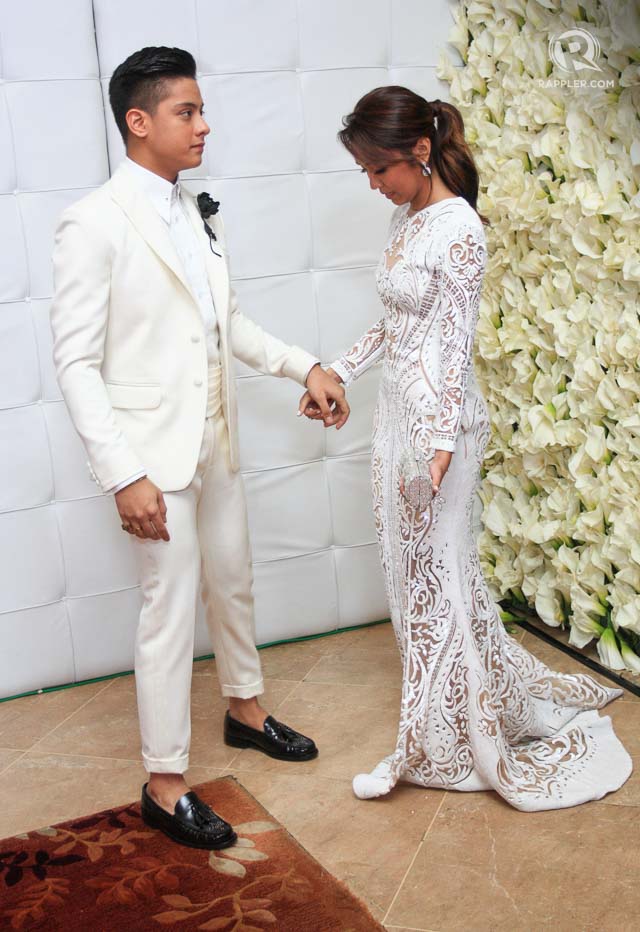 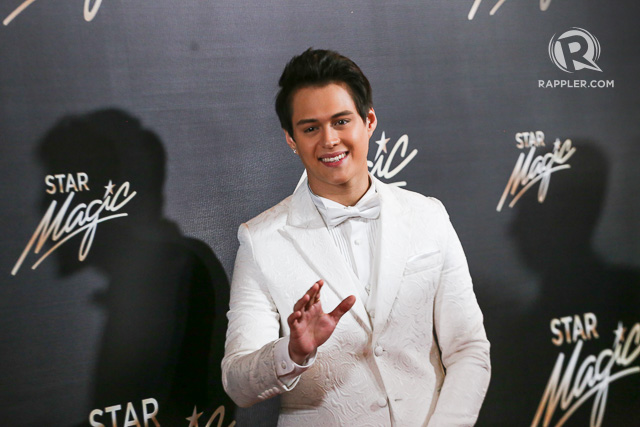 10. Piolo and Iñigo Pascual in Ivarluski Aseron and Francis Libiran – Piolo Pascual has always been dressed by various designers from international  brands to local. For this year, Piolo will wear a suit by Ivarluski Aseron.

Meanwhile, Piolo's son Iñigo will also come to the ball and was part of the cotillon last year with Julia Barretto. At this year's event, Iñigo will wear a Francis Libiran suit. 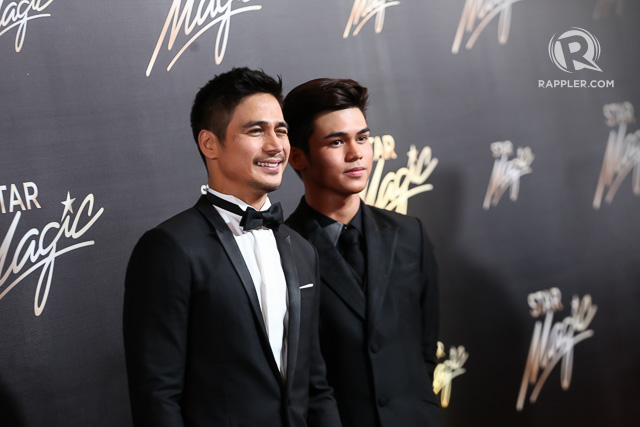 Which stars are you looking forward to seeing in their outfits? Let us know in the comments section – Rappler.com