MANILA, Philippines – Diana Zubiri, who played the original Danaya on Encantadia, returned to the show on Tuesday, October 18 as Lilasari, a new antagonist to the sang'gres.

In an interview posted on the Encantadia website, Mark Reyes, director of the show, talked about Diana's participation.

"Right after we saw the reaction ng mga (of the) fans, ng mga (of the) Encatadiks na Sunshine (Dizon) is part of the show, it was very easy to realize, to figure out that we have to bring in Diana in the show," he said.

Sunshine on the other hand expressed her happiness in being reunited with Diana.

(We're all very excited. [The] original Encantadiks, they were all guessing. And then I said 'okay who is it?' And in their mind it was really Diana Zubiri. But I couldn't say it was Joy.) 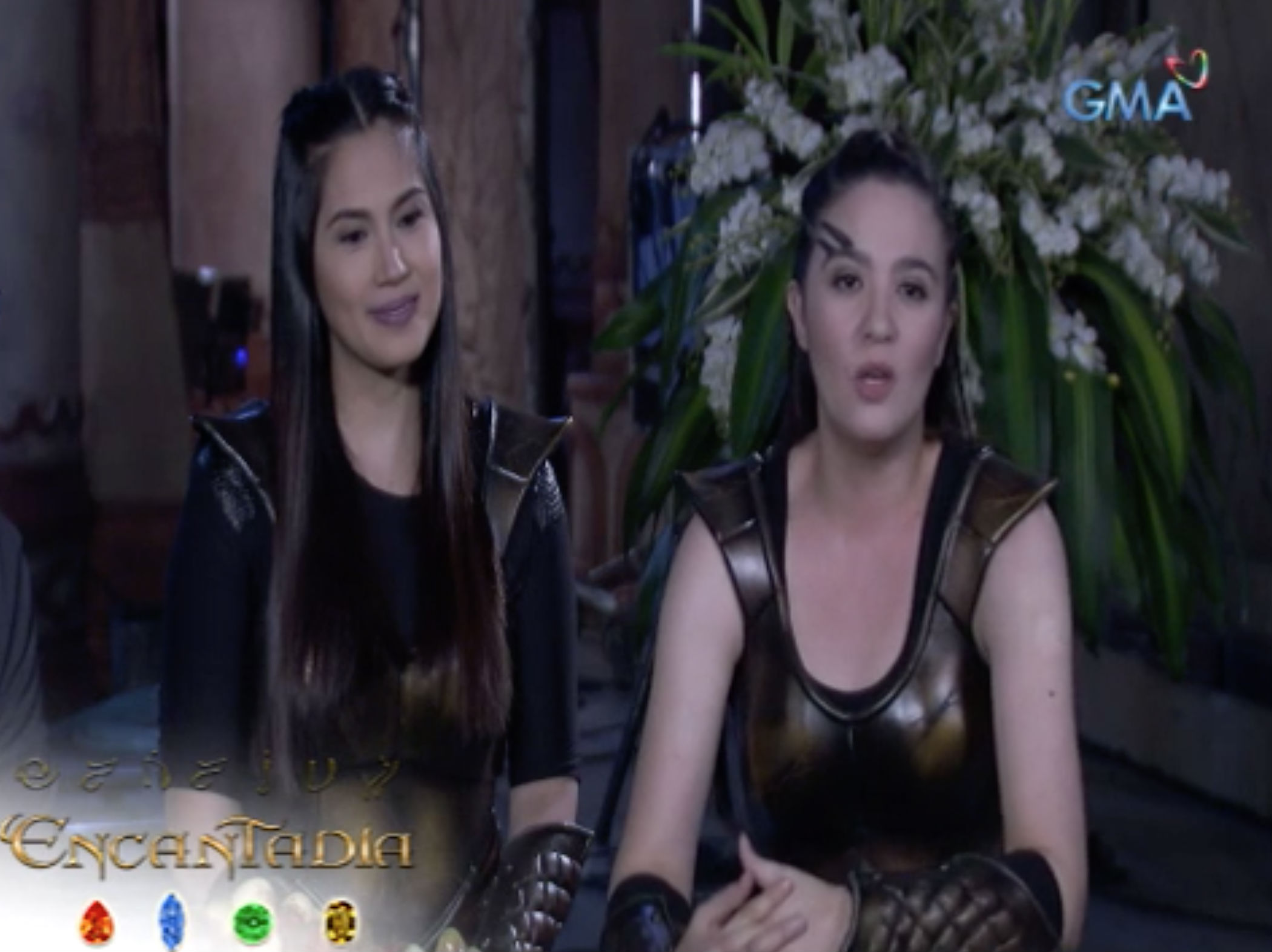 Sunshine Dizon and Diana Zubiri reunite in 'Encantadia' as Adhara and Lilasari. Sunshine originally played Pirena, while Diana played Danaya in the 2005 version of the show.

In another video interview, Diana talked about her character Lilasari, who was raised by Cassiopeia, the first queen of Lireo, played by Solenn Heussaff.

(Lilasari is full of hatred and she lacks love. It's the opposite of Diana because on the other hand, I'm happy and full of love.)

In the storyline, Lilasari was born with a power to turn those who look at her face into stone. She became angry after she was told by Cassiopeia that she would never be queen. She later challenged Cassiopeia to a duel and was sent to the Carcero as punishment. However, she escaped with the help of Adhara, played by Sunshine.

With Adhara and Lilasari now in alliance, the viewers can expect more surprises if they will succeed in their plan to conquer Lireo.

Are you excited to see Diana back in Encantadia? Let us know in the comments section. – Rappler.com