Piolo, Gerald and Joel on the job

MANILA, Philippines — The stars of Erik Matti's thriller "OTJ" all know that the job comes with a price—and they don't mean their roles as guns for hire.

"OTJ" (On the Job) is a crime thriller 4 years in the making for Matti, whose production house Reality partnered with Star Cinema for OTJ.

Piolo Pascual plays an NBI agent married to a corrupt congressman’s daughter (played by Shaina Magdayao). Joel Torre plays Tatang, a veteran contract killer, who takes on Daniel, played by Gerald Anderson as his protégé. Both are inmates in prison, who leave their cells whenever they are called for a job.

The film premiered at the Cannes Directors' Fortnight to a standing ovation. 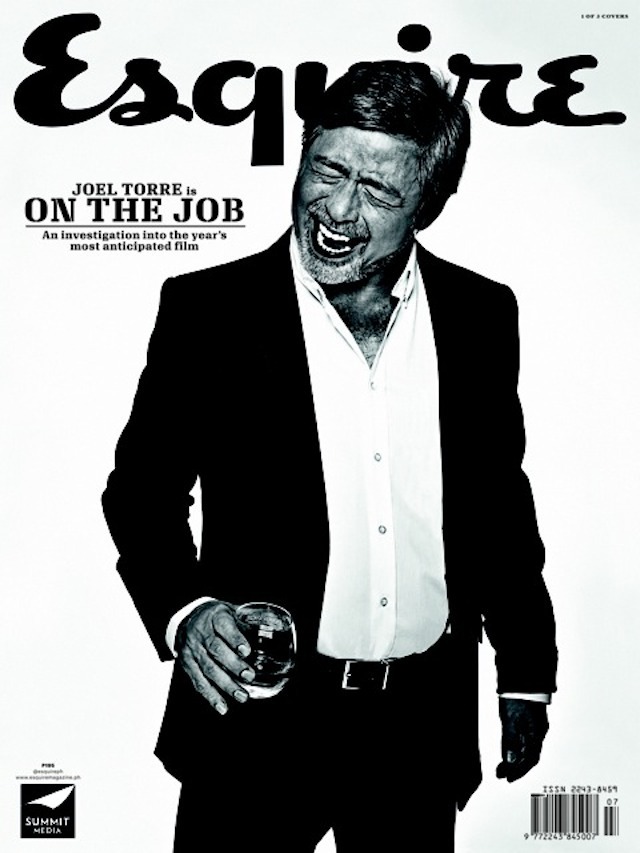 Acting is my life. To be a real actor, you have to bare your soul. Forty-five years ago, during high school I decided to be an actor because I loved it. I loved every moment of it. It’s the creation. Because I was a different person when I started acting and then when I discovered it, I learned more about myself and becoming who I am now.

I play Tatang, the mentor. He was put into jail for defending his rights and then had to survive. Although he’s a hard killer, he does it for a noble cause to save his family which is keeping from his chance so he’s living a double life. And then I’m mentoring this protégé si Gerald.

Erik offered this role 4 years ago, so it never left my system. Who wouldn’t accept the role? You’d be so stupid as an actor if you won’t accept it. There are cases of actors who have missed the boat or were not the bus because they decided that the role wasn’t for them and I’m glad that I’m just there ready for it and the full trust of Erik Matti.

I’m very grateful to Erik because there’s that temptation to put in a kick-ass action star to make it a really full-fledged action. He stuck with me, he fought for me. He said everything you can change, but not my actor. So he really pushed for me.

You know you have to be realistic about it. Marketing-wise, I’m maybe not the best person to sell. Maybe my chickens are. Track record-wise, I’ve done really good films and they’re not very accessible and it’s very hard for the public to accept a middle aged man in the role of a lifetime. I could see the wisdom behind the marketing of it, you have to have these two big stars because that’s how you’re going to sell the movie. That’s how it is. That’s pragmatic, that’s the dogma, and that’s a foolproof way to go to the box office. If you rely on me maybe only people from Bacolod will watch.

I was so fat in the movie, I actually lost 10 pounds now but when I looked at the film, it didn’t disturb me. Of course, vanity-wise maybe yes, but you have enough two really good-looking actors and a very good looking cast, and it works that I look ordinary.

In real life, when you watch TV you have all these really good looking actors and they don’t just pull it off as real persons anymore. No, I was doing a character, that’s it. I was just servicing the character and the material and goddamn I was so excited about it that I was just there, I was just so there, being aware of everything every time I was working. I think there comes a point in an actor’s career, or maybe it’s age or it’s experience.

There’s a killer in everybody. As an actor you have to embrace that. You’re capable of millions of emotions. There are really good people who are in jail now just because they just snapped. Those moments just happen, you don’t plan it out. It just becomes a part of you, there’s always killer instinct. If anything happens to my daughter, I could kill somebody. I was being real.

"OTJ" is a crime story. It happens in reality. It’s about these two-bit criminals who are doing the dirty job at the same time incardinated in this small cell with 200 different people while the real crooks, the real thieves, the real killers are out there playing golf, sitting in their office, or even having government positions. That’s the people who should be in there, that’s what it’s all about. And I say, I think that says a lot about Philippine politics and society. 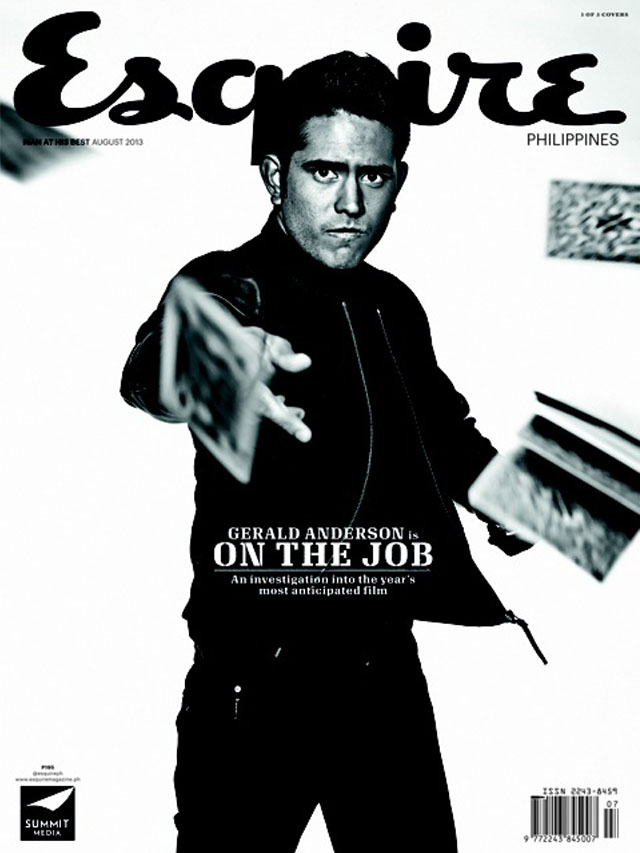 In the film, I play Daniel, an inmate in jail. They would take me out to kill people. I’m an inmate, at the same time a hitman.

He’s around maybe 22, 24 years old. He was jailed for killing his illegal recruiter. He idolizes Tatang, which is Joel Torre. He’s Daniel’s father figure in jail, he became Daniel’s mentor. Everything Tatang does Daniel does, how he moves, how he acts. Daniel became the protégé until Tatang did something wrong, and Daniel had to take over. Daniel is ambitious, he’s determined, he wants to make something of himself.

It’s the first time I’ve played a killer. Even just that was very different, but in a sense, even if we were hitmen, the jail story is a drama, about families, about what’s happening in the country. It’s not just a typical action film.

It was almost a breeze. Because all of us have killer instincts as human beings. All of us have gray areas. We just don’t show people. This was our chance to show it. It wasn’t easy, but it wasn’t awkward either. PIOLO ON THE JOB. Piolo Pascual on one of Esquire Philippines' triple August covers.

There’s a trade-off. There are pros and cons. But more than anything else, I’m thankful. I’m grateful. I’m happy that I’m in this business. So there’s no bitterness in my heart. I'm just really happy that I’m here.

At this point I’m still living the dream. I’m amazed at how far I’ve gone.

Everything is temporary in this world. It's inevitable that you become older, you fade away and you're not in your prime anymore, so you just got to accept the fact that you are not young forever. And I'm very much aware of how far you can go as an actor.

You know, it's already a blessing to be given a chance to be a lead, to be an actor, to be given a break. To last long in this business is more than a blessing because not a lot of people are given that chance, but to also fade and to also become a has-been, it's inevitable. You just have to live with the fact that there are a lot of people who will be younger than you, who will be greater than you, who will be much more good looking than you. And that's how it is, that's life.

You know I'm not against any scientific, you know, stuff to be done on my face, but I like the feeling of looking at myself in the mirror and say, "Wow, I remember I have this scar right here because I was, because I had a bike accident." And these are going to tell about your story, your life, your experiences. I'm not somebody who would defy age.

You can quote me on that.

Esquire Magazine's OTJ issue will be on stands beginning August 1. "OTJ" will be showing on cinemas nationwide on August 28, 2013.