MANILA, Philippines – Angel Locsin is back on the big screen alongside Zanjoe Marudo and Sam Milby in the new movie The Third Party under Star Cinema.

The Third Party is directed by Jason Paul Laxamana, known for films such as Mercury is Mine, Magkakabaung, and Love Is Blind. In the movie, Angel plays Andi, who was in a relationship with Max (Sam) during their college years. They go their separate ways and meet up again years later, and Max introduces her to Christian (Zanjoe), his boyfriend. Andi soon finds herself in trouble and seeks Max's help despite Christian being hesitant about it all. They soon find themselves under one roof, as their relationships are tested. 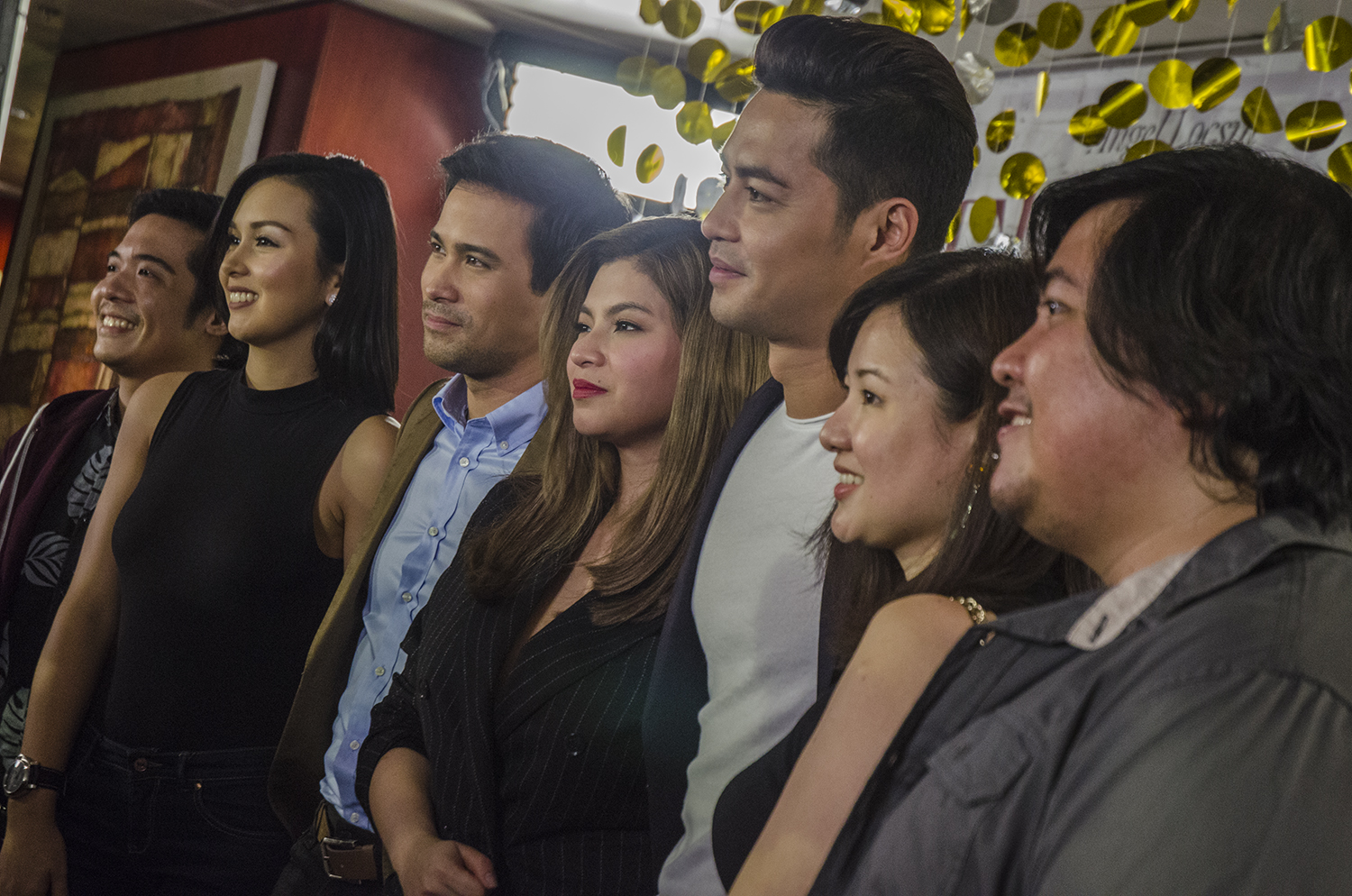 Here are some facts about the movie:

1. Each character has a story to tackle. In the movie, all 3 characters struggle with various issues. For Angel's character Andi, she talks about coping with losing her first love. 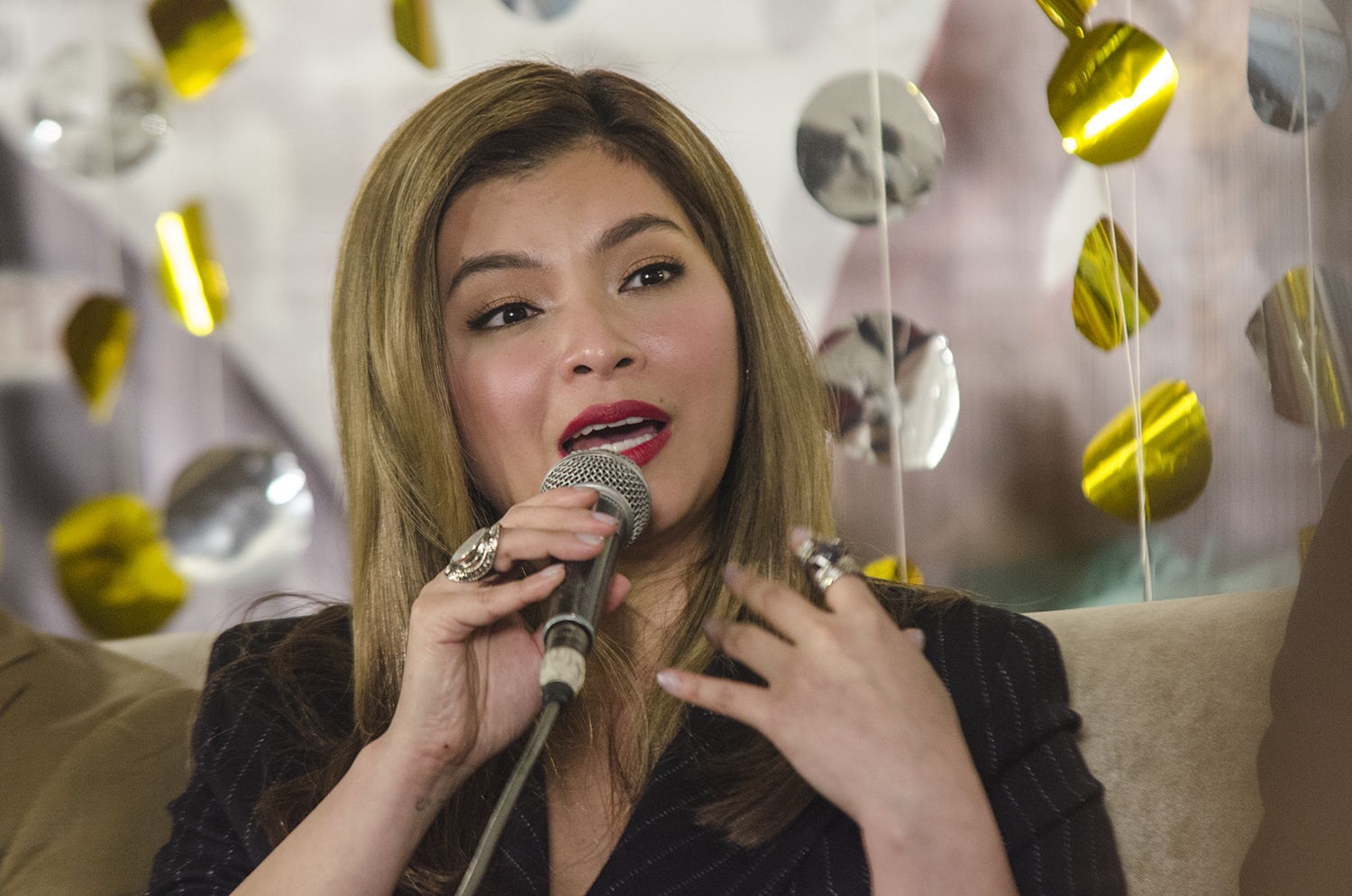 (And then the feeling when you see your first love is happy with someone else. And that person he's with is a bro, so Star Cinema was courageous with this story because it's a modern take on a love story.)

Sam meanwhile told reporters at the press conference last September 28: "It's a lot about family also. Sa character ko, it's more about knowing what you want and who you really are, kasi confused yung character ko... and also making mistakes but also realizing those mistakes really become blessings also." 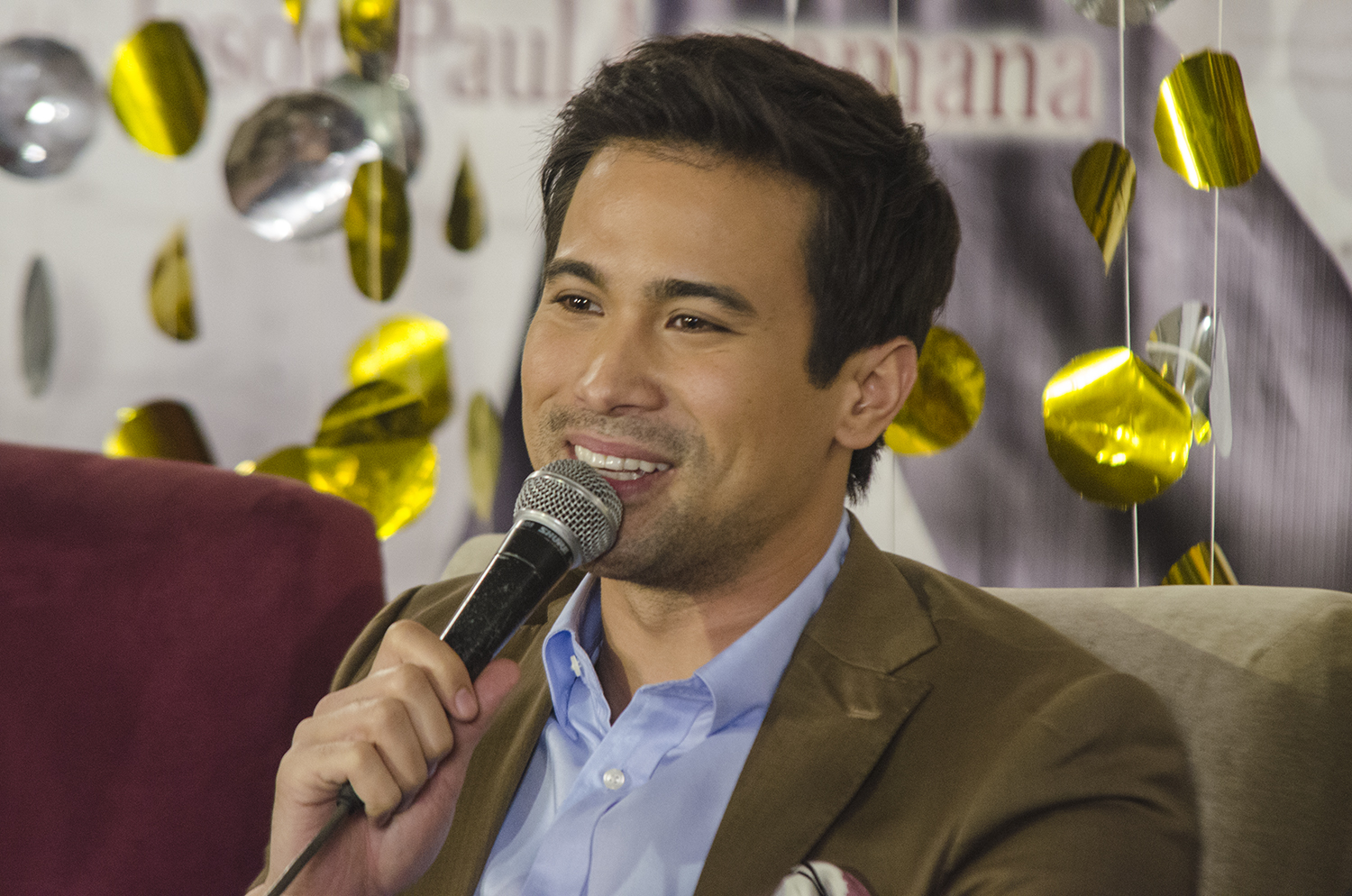 (He grew up very happy, from a happy family. And he's been given so much love since he was a child until he became an adult. Until he studied and worked, and met Sam's character, Max. So he feels everything is perfect when he meets Max because that was all he needed. He felt his life was perfect.)

(So in his mind, he thinks he knows what right. But in a relationship, there are two of you, and that's what he doesn't know. So he needs to understand what his partner is going through. I think that it will be the one lesson Christian will learn, that you think everything's perfect, but not really, especially when there are two of you in that world you are in.) 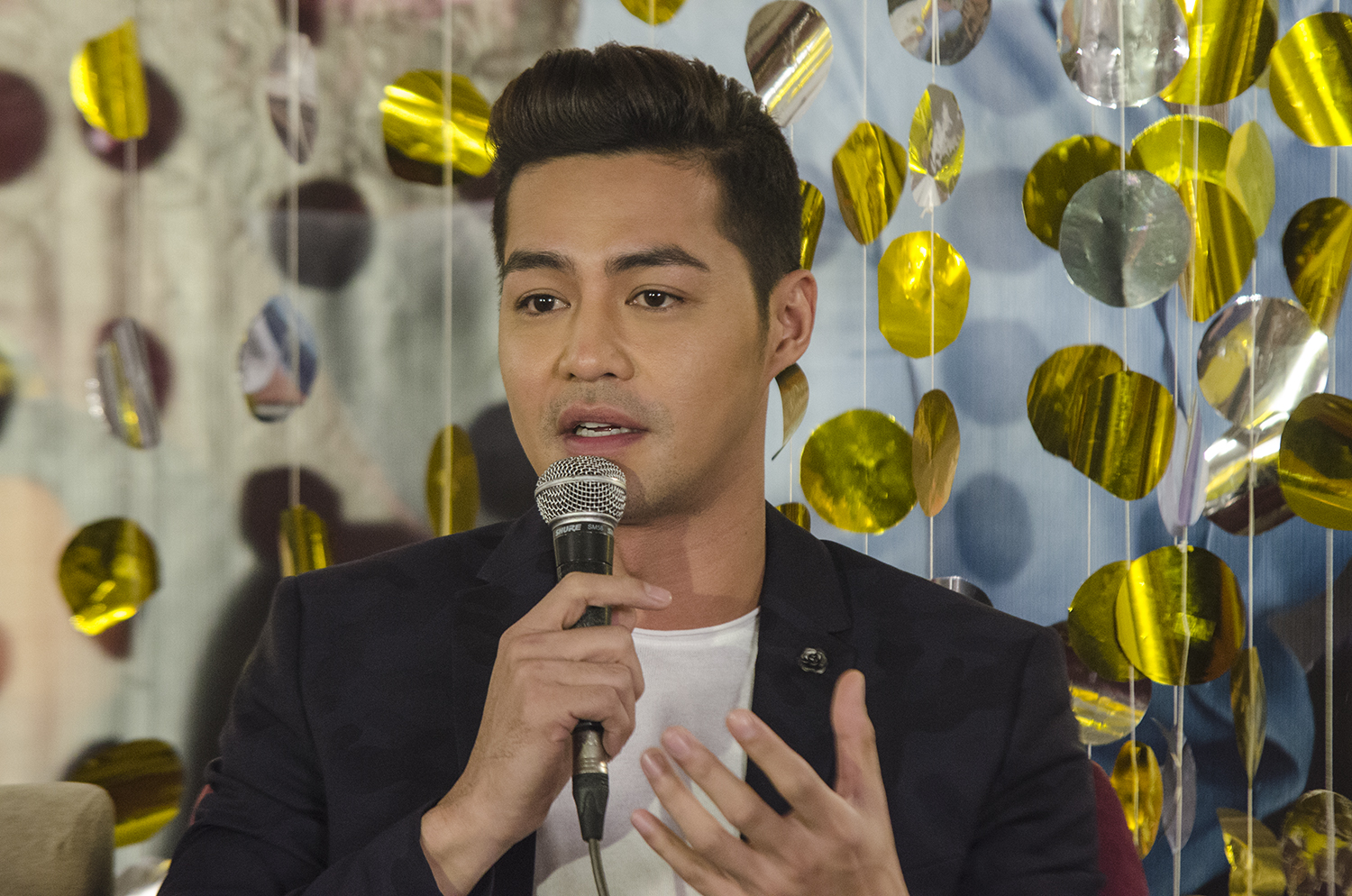 3. The Third Party, a fun romance project for Angel. Angel is known for her body of work as a dramatic actress, but in this film, fans will get to see her step back in the romante/comedy genre.

During the press conference, Zanjoe and Sam, who worked in various romantic/comedy films talked about how Angel was able to adjust to the film's demands.

(When I first watched the trailer, when I dubbed it, what first came to mind was that it was cute. I found each scene so cute. Sam is so cute when he does this action. And then when Sam and I have a scene together, Angel's reaction is so cute. That's why it became my hashtag. But it was only after I saw it that I was able to appreciate it.)

Sam meanwhile said Angel has a natural flair for comedy.

"She has a natural comedy side to her kasi. Parang iyon din yung nagawa ng rom-com, kahit hindi, she's more for drama. But dito, light set, and it helps that it's light on the set and actually, I think when we were pitching the movie, ang first plan namin was for a light, light romance pero parang naging comedy. So masaya."

(She has a natural comedic side to her. Because I guess that's what a rom-com can do, even though she's more for drama. But here, it was a light set, and it helps that it's light, and actually, I think when we were pitching the movie, the first plan was for a light, light romance, but it became a comedy.) 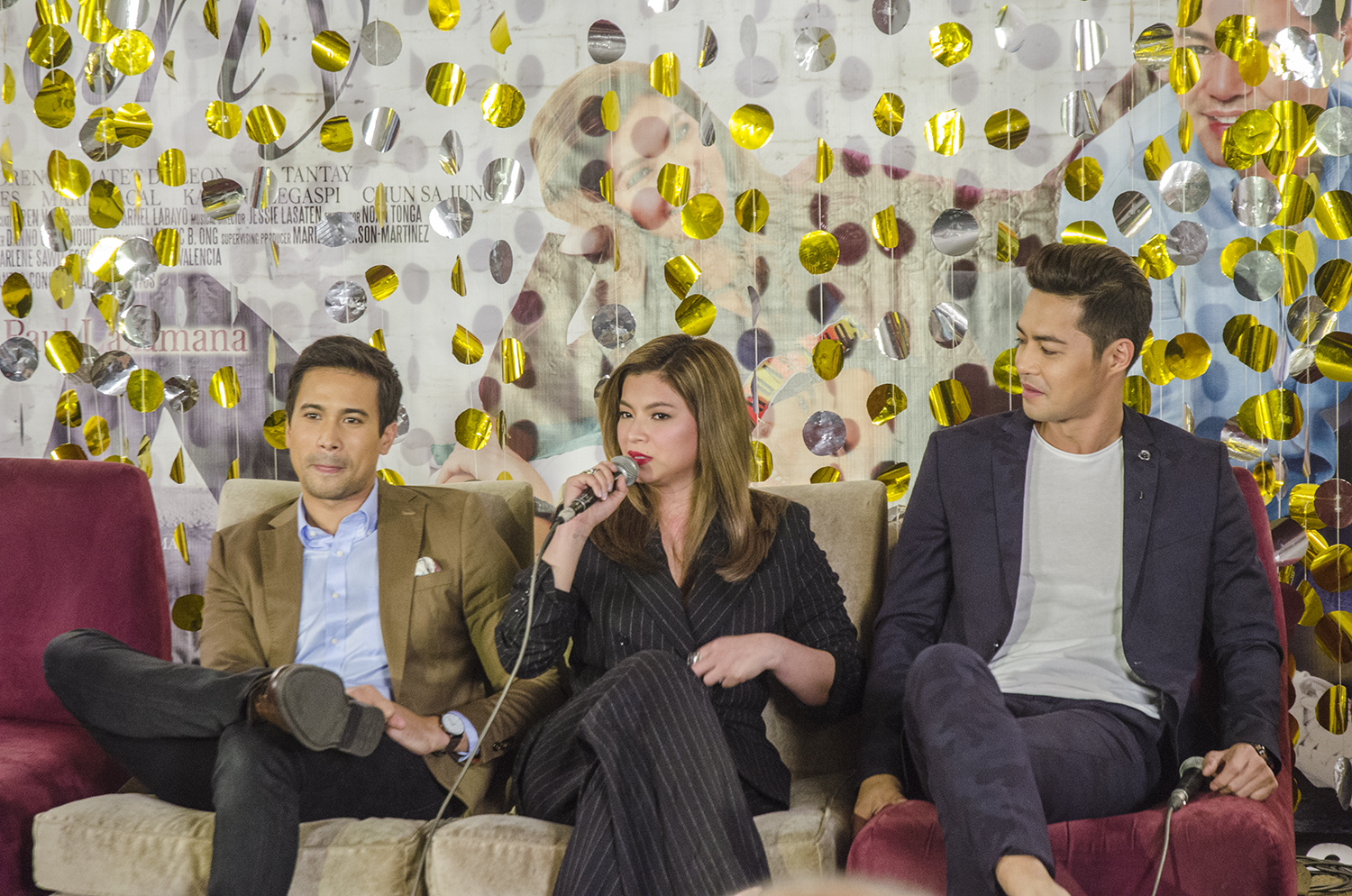 4. Differentiation. Director Jason Paul Laxamana said that he made sure to differentiate the film from other movies tackling similar topics.

"A lot of gay-themed movies kasi is either they're screaming f–ggots or laging (always) miserable diba? So dito, we want to make it light without being shallow. So ganun namin siya iniba, medyo realistic lang," he said.

(So that's how we differentiate it, a bit realistic) 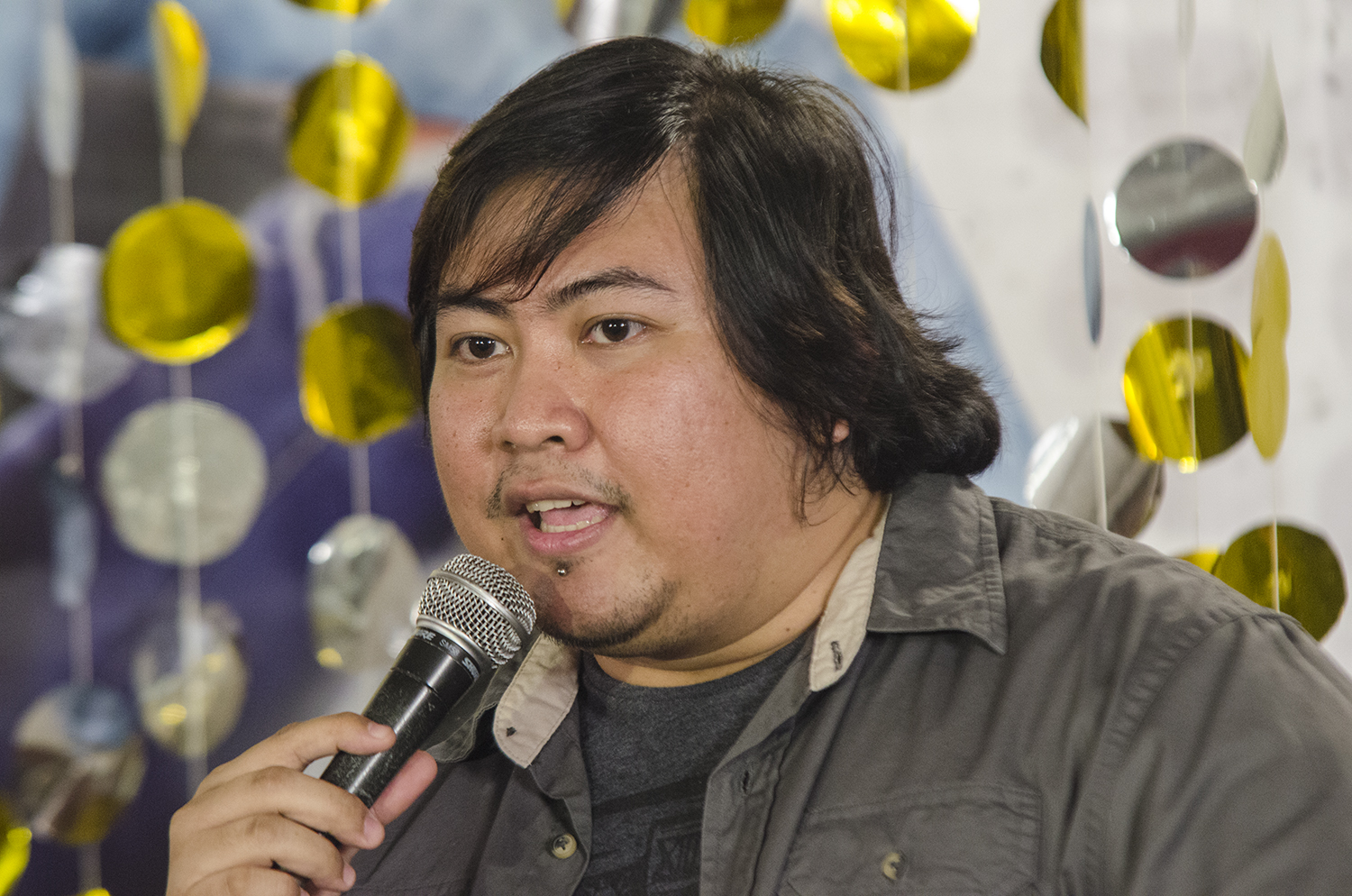 He said that to make sure they will not offend the LGBT community, they were sensitive to the script they made, taking care not to call attention to the fact that the character of Christian is gay.

According to Jason, he made some adjustments from doing independent films to mainstream.

"There are a lot of adjustments. Number one, you don't have as much as creative freedom as in sa mga indie ko, kasi mainly because pera ito ng  (this is the money of the) company. I respect na I should respect whatever they want.

"It's just a matter of me aligning my artistic vision to the goal of the company and ako, since nasa second mainstream film pa lang and first film ko pa lang sa Star Cinema, nasa wait and see mode lang ako. I pretty consider myself much as a student. Parang nag-OJT ako sa (It's just like I'm doing my OJT here in) mainstream," he said.

6. The movie is about different kinds of love. Jason said that the film is all about enjoying love in various forms.

"It's not your usual boy-girl [story]. So it's just to show people na meron din ganitong klaseng (there these types of) situation na love and these people, kahit na medyo (even if) off-beat yung situation nila, they experience the same phases as we do. So ayun, i-enjoy lang natin yung diversity of love," he said.

(So that's all. Enjoy the diversity of love.)

With the recent recognition of various indepedent films such as Ma'Rosa and Ang Babaeng Humayo, Jason said he would like to see a bigger Filipino audience watching indenpendent films.

"What I want to see for independent films is for them to gain audiences locally. Parang we've achieved so much internationally, it's time to win the viewership of our Filipinos [here]," he said. 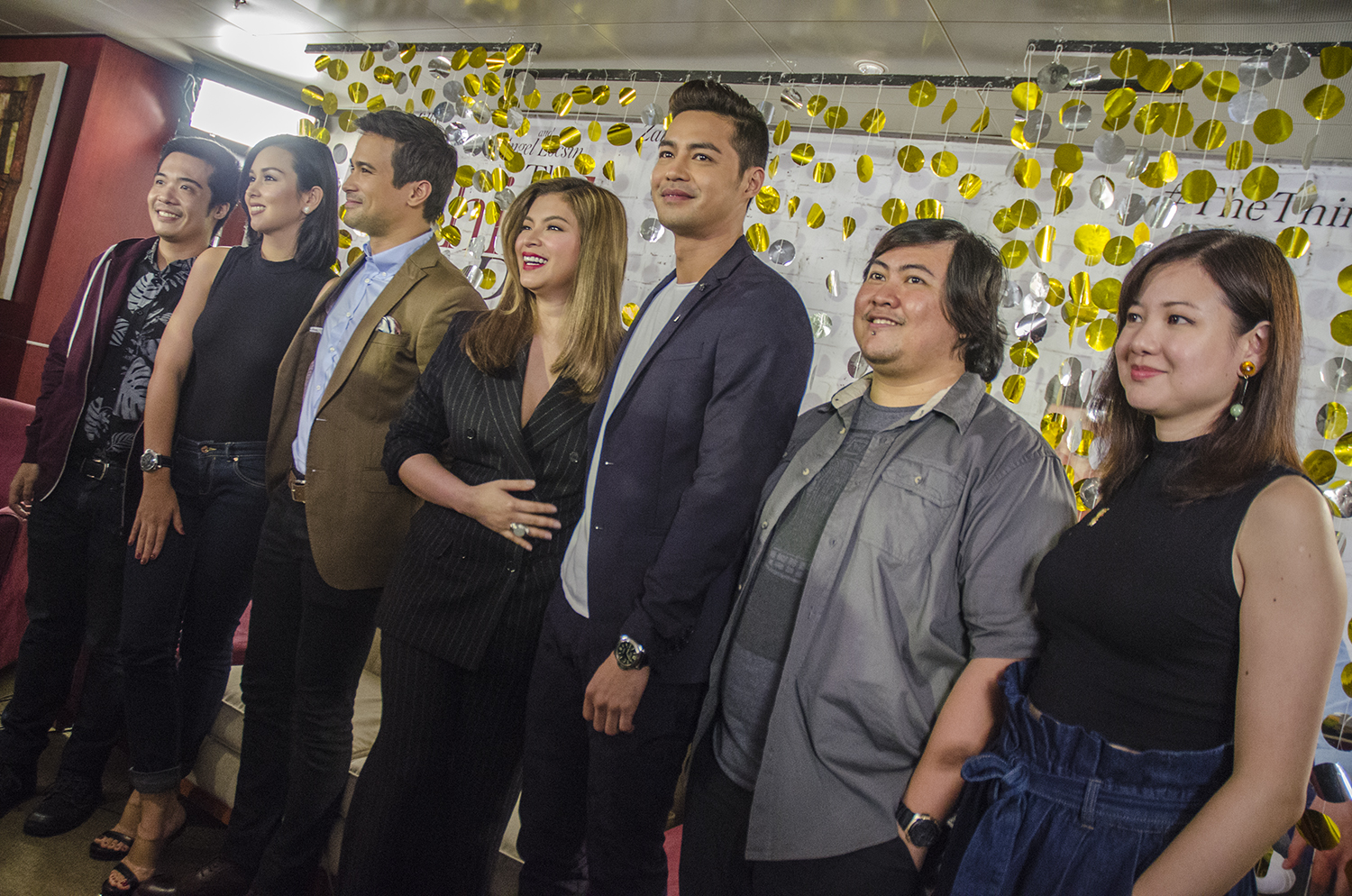