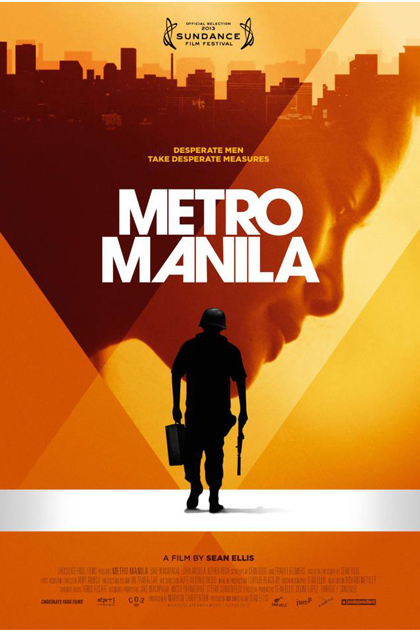 MANILA, Philippines - "Metro Manila," a film with an all-Filipino cast directed by Oscar- and BAFTA-nominated British director Sean Ellis, has made it to the Sundance Film Festival.

Set entirely in the Philippines, "Metro Manila" will compete against 11 other films in the World Cinema Dramatic Competition during the festival that will be held from January 17 to 27 in Park City, Utah. This Sundance category puts the spotlight on emerging filmmakers from all over the globe who offer new perspectives and unique film-making style.

"Metro Manila" will be up against films from Afghanistan, Chile, Serbia, Indonesia and Poland. Altogether, the movies represent an astonishing array of lives, cultures and world views. Like "Metro Manila," many of these films were the product of collaborations from people of different nationalities.

In "Circles," a film from Serbia, Germany, France, Croatia and Slovenia, a soldier returns home from war only to be murdered. In "Lasting," a film from Spain and Poland, a boy and girl fall in love while on a holiday in Spain but their carefree romance turns into something darker when secrets come out. In "Il Futuro" (The Future), a film credited to Chile, Germany, Italy and Spain, an orphaned girl enters a sexual relationship with a blind hermit.

Chaos in the city

Written by Ellis and Frank E. Flowers and produced by Chocolate Frog Films, the film tells a story we see in Metro Manila every day, that of a man from the province engulfed by the chaos and treachery of the big city.

Oscar Ramirez, played by Jake Macapagal, takes his family from their poverty-stricken hometown in Banawe to seek for a better life in Metro Manila. He is soon hired as a driver for an armored truck company where he meets Ong, his senior officer. Little does he know that Ong has bigger plans for him, and not the good kind.

Also in the cast are seasoned actor John Arcilla and newcomer Althea Vega who has TV shows and indie films under her belt, notably Cinemalaya entries "Ang Katiwala" and "Diablo."

All lines in the film are in Filipino-Tagalog, many of which were translated from English by the actors themselves to make it more true to life and closer to the kind of Tagalog used in Metro Manila.

In an article by Bibsy Carballo on the PhilStar.com, Jake Macapagal says, “I believe the film shows the Filipino as a race of resilience, perseverance and one that puts the family above all else. It’s a very human story about what a man would do for those he loves.” 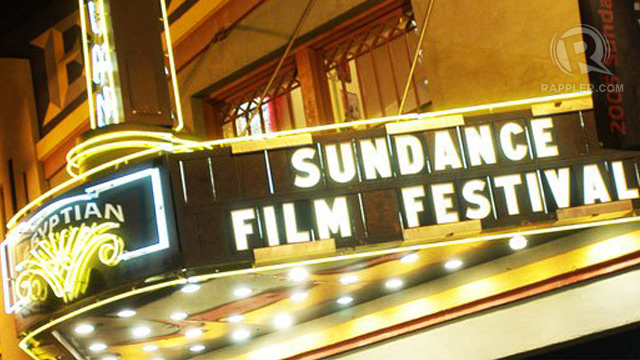 For over two decades, the Sundance Film Festival has been a breeding ground for excellent films. Many of them have gone on to create real impact on the world, such as "The Inconvenient Truth," "The Cove," "Maria Full of Grace," "Precious" and "Trouble the Water."

Here’s to hoping "Metro Manila" will be one of them. - Rappler.com