It’s very clear from its prelude that there is real talent involved in Banal.

A maze of trees opens the film. After establishing a palpable sense of trepidation with a staggered visual of dire vegetation, we finally see the face of a hiker, seemingly lost, desperately shouting for her missing companion. Her companion shows up, quite satisfied at the prank that frightened his girl. After a few jabs at each other, the two hikers eventually meet their abominable fate, with Banal hitting two birds with one stone: to put to a close a meticulously constructed sequence, and to set expectations for the rest of the film.

Banal, which curiously lacks a director to be credited for such an effective use of carefully designed visuals to evoke dread, is quite a pleasant surprise. On its face, it doesn’t seem much, as it treads the same clichéd storyline of careless teenagers meeting their dastardly fate because of their unfettered curiosity and their disregard of rules. Yet, there also seems so much more than erstwhile scares to this film.

Banal is directed by J. A. Tadena, director of photography of visually impressive films like Erik Matti’s Prosti (2002), Quark Henares’ Keka (2003), and Raya Martin’s Smaller and Smaller Circles (2017). Because of creative disagreements with the film’s financiers who opted to independently complete post-production of the film, Tadena decided to remove his name from the film.

Tadena’s fingerprints are still found all over. Each frame is replete with details. Each camera movement, whether it is cautiously wafting to reveal endless trees or remaining suspiciously still as if waiting for something frightful to happen, has function and purpose. For a film that thrives in darkness, it actually looks very crisp and lucid. Banal doesn’t go for cheap scares. It doesn’t go for shock. It goes for shivers, the ones that would have the viewer anticipate what happens next. In fact, Banal is quite reminiscent of the unease that pervades Matti’s Pa-Siyam (2004) and Martin’s How to Disappear Completely (2013), two horror films he shot that rely more on mood and atmosphere than noise. 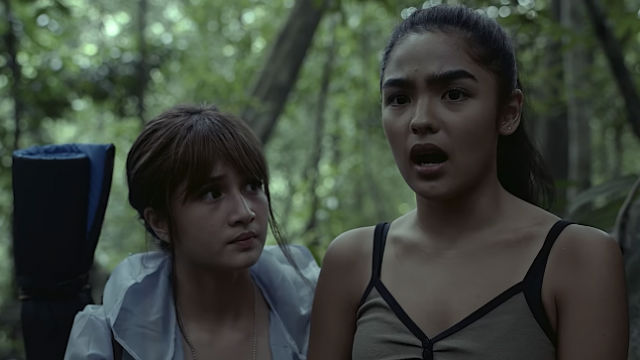 QUESTION. Actresses Andrea Brillantes and Taki in the movie Banal.

Banal just feels and looks much more intelligent than it should be, given its formulaic plot.

The film essentially follows a group of teenagers who hike up a supposed miraculous mountain while on their school break. They are warned not to pursue their adventure but being the stereotypically headstrong youth, they pull some strings, pay off some low-level public servants, get past other hindrances only to uncover all the horrors that they were warned about. Simply put, the film doesn’t astound for its content. Sure, it makes sharp jabs at the societal rot that characterize the particular administration but that only reinforces how old and musty the story is.

Bianca Umali, who plays the blameless daughter who would risk everything for the promised miracle at the peak of the mountain, is surprisingly good. Unfortunately, the other performances are pretty much hit or miss, with Miguel Tanfelix rendering a flaccid portrayal of the quiet hero, and the tandem of Kim Micheal Last and Andrea Brillantes playing their disposable characters without any real innovations.

However, the characters are also written quite haphazardly, with their relationships with each other almost glossed over. The tension never comes from the abundant arguments and the withering friendships which the film spends a lot of time depicting, but from Tadena’s intuitive use of the mysterious setting to fill the gaping void that is the film’s very thin plot. 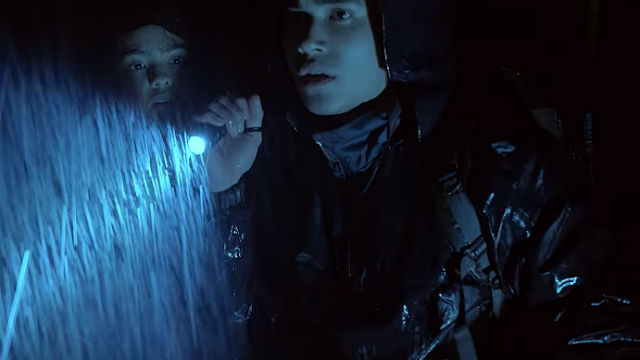 Still, despite its very many faults, Banal does what it sets out to do, which is to terrify and unsettle.— Rappler.com