'Enteng Kabisote 10 and the Abangers' Review: What's become of Enteng?

Tony Reyes and Marlon Rivera’s Enteng Kabisote 10 and the Abangers opens with a scene that foreshadows the overall feel of this latest installment to the stubborn franchise.

In a dark, dreary and nondescript room that has been peppered by the lousiest of special effects, two teenagers are frazzled about a video game they are developing. In an effort to save the opening sequence from completely falling apart, Joey de Leon, dressed as Panday, starts mouthing the same old puns and other gender insensitive jokes that he has been spouting for decades now.

His little skit obviously didn’t save the opening from being an unintelligible mess, so the movie just plods along, clumsily introducing the villains in another lackluster story about how Vic Sotto, as the untiring Enteng Kabisote, will save the day with his tired antics and lousy lessons.

What has happened to Enteng? 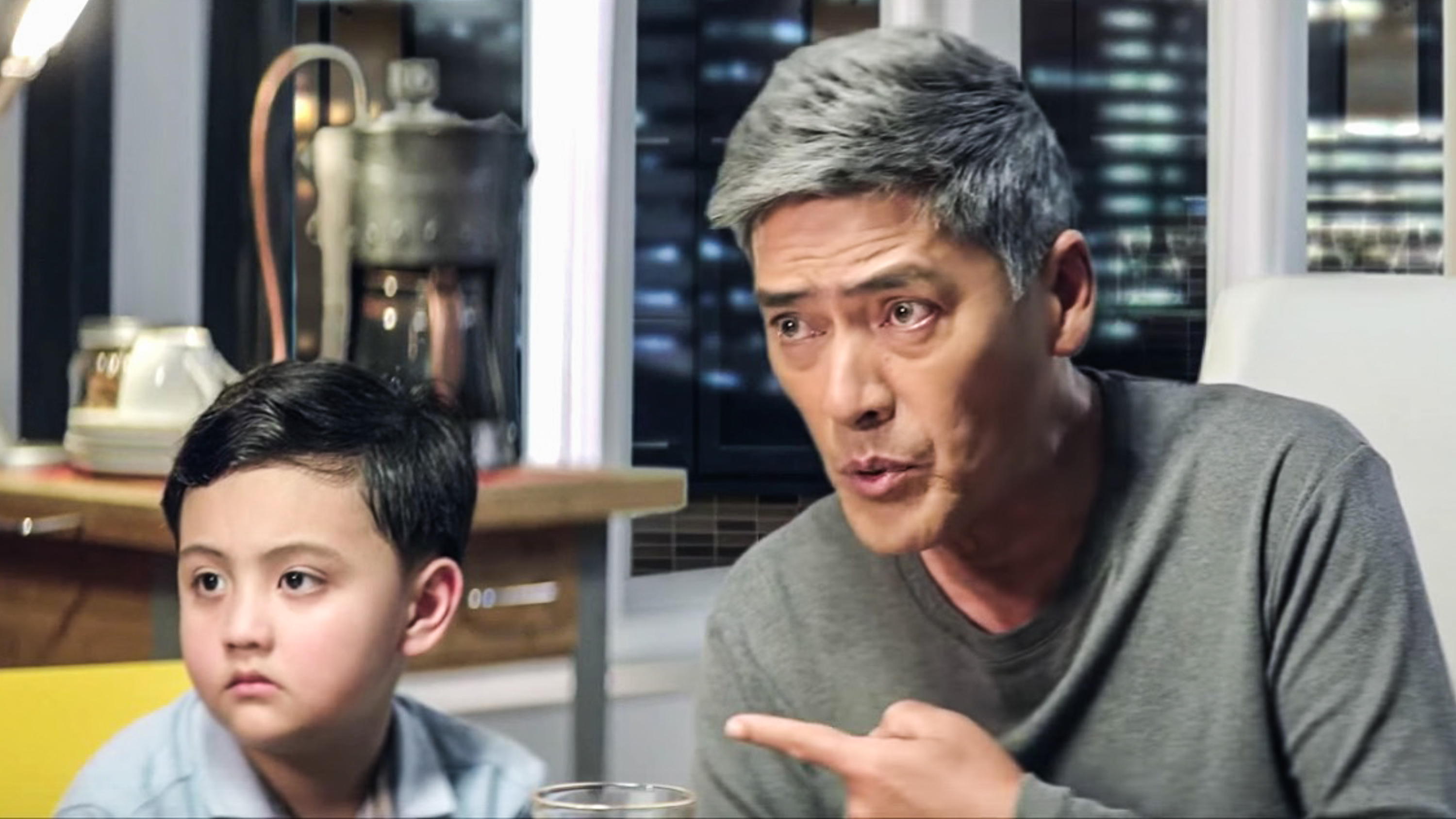 So what exactly has happened to Enteng Kabisote?

He was never a superhero. In fact, he was a fascinating nobody, the most ordinary of men who had both the fortune and misfortune of marrying Faye, the daughter of a domineering fairy queen from another dimension. Okay Ka, Fairy Ko!, the long-running sitcom, was reflective of a familiar family set-up, where the macho husband becomes emasculated by the women around him. Sotto was then a self-deprecating comedian whose wit went beyond silly faces and standard slapstick.

Something happened along the way.

Enteng Kabisote transformed from a funny father figure into a soulless Christmas commodity. Little by little, the character lost its identity to profit-motivated escapism. He became the recurring copycat of the latest Hollywood fad, yearly redesigning himself to suit the very basic tastes of children just so he can sell them and their parents movie tickets. Enteng, the character, has devolved into the worst kind of merchandise, one that relied solely on the benefits of an annual film festival to veil its lack of value.

Out of the festival, and into the fire

Alas, Enteng Kabisote 10 and the Abangers doesn’t have the Metro Manila Film Festival to protect it now.

Outside the festival’s fanfare, the film is just like any other, adjudged not for its ability to bring families together but for its craftsmanship and content. Sadly, the film is a muddled mess of derivative ideas. Enteng Kabisote, now a grandfather who co-owns a robotics company, is tasked to bring together the Abangers, former residents of the fairy realm with various powers, to defeat Doctor Kwak Kwak (Epy Quizon) and his gaming app that he and his cohorts designed to wreak havoc everywhere.

It doesn’t make sense because the filmmakers never thought that the film needed to make sense. It just needed to feel like a string of nonsensical moments where Sotto and his cast of character actors can goof around for giggles.

However, the comedy itself that the film relies heavily on is oftentimes ineffective, with a lot of the punchlines falling flat. The attempt to infuse the gag show with bits of familial drama similarly fails, and the inclusion of Maine Mendoza and Alden Richards’ illogically extended romantic saga into the narrative arc feels more like an act of desperation than a sliver of creative brilliance.

Put the franchise to rest

The movie never picks up. It doesn’t get remotely exciting. Everything remains inane and pointless. Simply put, Enteng Kabisote 10 and the Abangers is old, more of the same – and the franchise deserves to be put to rest. – Rappler.com