“History was written by those who hanged the heroes.”

The quote from Mel Gibson’s Braveheart (1995) rings truest in the Philippines, where history, or at least the one that was crafted to instill within the people an illusion of a pristine and glorious nation, is as fragrant as a little girl’s fairy tale. Filipinos have been led to believe that the country was birthed from the untainted bravery of our forefathers who dispelled vicious colonizers with both their words and weapons. 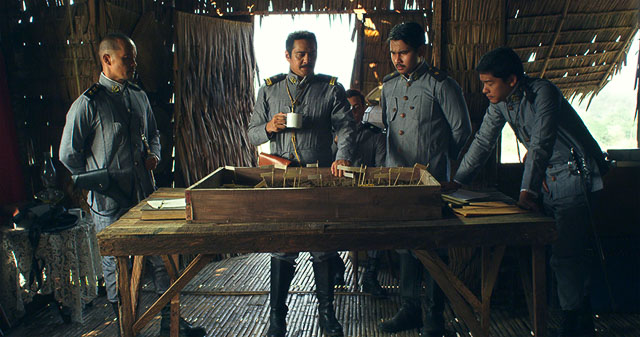 However, this history that we are enjoying is one painted with half-truths and veiled lies. Those details of the nation’s past that may or may not have a more lasting impact on our state as a people are either left as footnotes or completely forgotten and neglected. Distilled of dirt and sin, all that is left are perfumed memories that can only fuel a pride that may be as misplaced as it is dangerous. 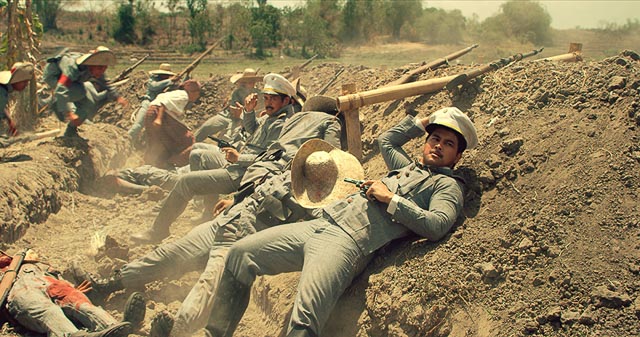 Local cinema has mostly been complicit to this bamboozlement. Most of the films that have been made to tackle the nation’s history have portrayed the prominent men and women who fought for our freedom as saints, almost bereft of faults and mistakes.  (READ: Heneral Luna: Para sa bayan o sarili?)

Line them all up, from Carlo J. Caparas’ Tirad Pass: The Story of Gen. Gregorio del Pilar (1997) to Marilou Diaz-Abaya’s Rizal (1998) to Mark Meily’s El Presidente (2012), and all you’ll see are narratives that lead only to the goal of sanctifying the historical figures they center on. Even Enzo Williams’ Bonifacio: Ang Unang Pangulo (2014) ended up putting its titular hero on a pedestal even if it had the audacity to dwell on some of the details of the hero’s death at the expense of another historical figure. (READ: 10 movies featuring PH national heroes)

The few films that managed to shape the historical figures as actual humans instead of icons and idols are films with too small a budget to be able to pull off the requirements of a period piece. Mike de Leon’s Bayaning 3rd World (2000) ingeniously dissected the famous myth of Rizal. Mario O’Hara’s portrayal of Andres Bonifacio in Ang Paglilitis ni Andres Bonifacio (2010) is so laced with humanity that a lot of its viewers considered it close to sacrilegious. 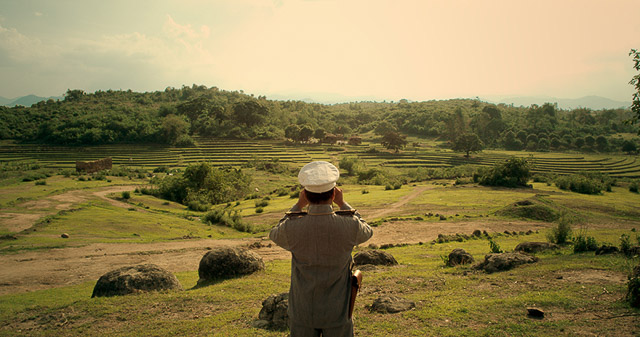 The divide between the gutless but glossy epics and the braver but more intimate independent productions is so immense. As a result, movie-going masses are fed with didactic rubbish that are designed primarily to treat viewers like kids who prefer their stories visualized like soap operas than read from a textbook, oblivious of the fact that there exists another vein of historical cinema that dares to ask more questions than provide the same answers over and over again.

Jerrold Tarog’s Heneral Luna provides that essential middle ground. It is a film that is crafted with just enough meticulousness a reasonable budget can afford but does not pander to common but erroneous knowledge and wisdom. Instead, it goes straight to the point of unravelling those details in history that were left out by those who hanged the heroes. Tarog’s film is an immense risk, one that is probably fueled not by quick profit but by a profound desire to unmask demons of idols.

Tarog cleverly starts his campaign with Antonio Luna, who has always been known as a gifted military strategist, capable of leading an army composed of farmers plucked out of nowhere to victory against both Spanish and American foes. His tragic demise paints a picture of what was wrong and what is still wrong in the country.

In a way, Luna personifies the fractured hero that defines the country’s fractured history. His life, like history, has been severely whitewashed with great deeds brought to the fore while deficiencies in character are veiled out of sight. 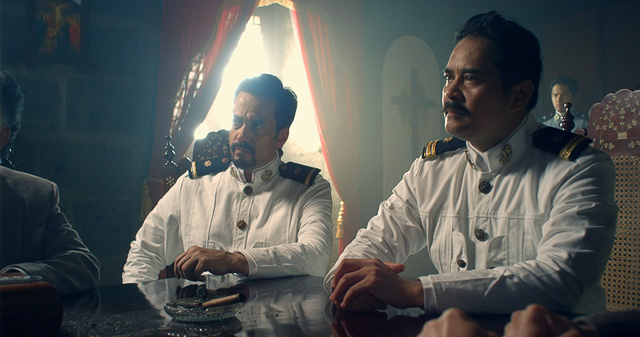 What Tarog does to Luna is to treat him with enough respect to release him from being just an object of this victor’s history we have been blindly celebrating throughout the years. Tarog makes him human, drawing him with virtues as well as warts, and in so doing, creates an essay of everything that is wrong in our nationhood. 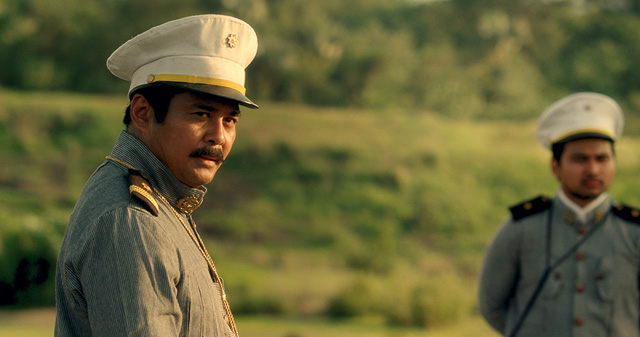 What is most fascinating about Tarog’s Heneral Luna is that it does not place its intent ahead of its craft. The film is beautiful to gaze at. The score made by Tarog is subtle during moments when the drama does not require distracting melodies, but hauntingly intense at the high points.

The film is plotted precisely, never really focusing on the larger aspects of history but on the smaller stories that perfectly construct a hard-hitting picture of a revolution built on suspicion and dissent.

John Arcilla is excellent as Antonio Luna. His performance displays an innate understanding of the character. Driven not by boring reverence but by his own interpretation of what exactly is noble madness, Arcilla is exhilarating to behold in his various interpretations of Luna’s many personalities. (READ: John Arcilla on bringing 'Heneral Luna' to life) 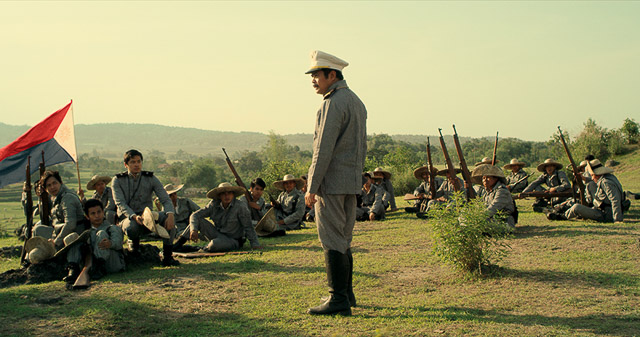 As ferocious leader of a seemingly hopeless army, he is rabid and stern. As a pal to his trusted lieutenants, he is unpredictably hilarious. As son to a devoted mother, he is heartbreakingly dear, echoing the same sentiments he has for his family as if it were for his motherland. 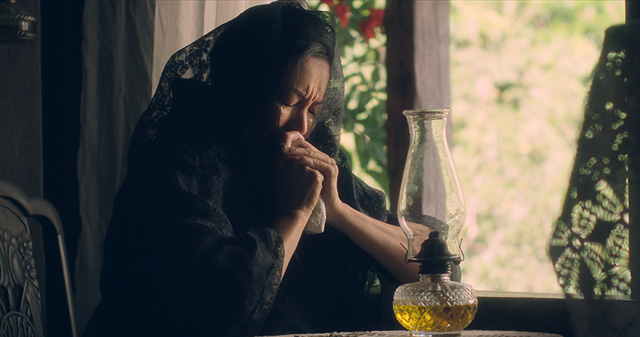 While Arcilla dominates the picture with his prodigious performance, Mon Confiado comfortably stays at the side, playing Emilio Aguinaldo, portrayed in the film as a cunning puppeteer instead of the victorious liberator of the Philippines, with such engrossing sobriety. Confiado’s Aguinaldo is vicious in his quietude, amply balancing Arcilla’s Luna, who is as boisterous as he is outwardly violent. It is a generous performance, one that gives the film deeper layers as opposed to being just a battle of wits between prominent figures of the past.

Ambiguity is not typically regarded as a virtue when it comes to historical films about national heroes. Most of the films that have tackled our history past have a definite agenda of feeding their viewers with a very general emotion of pride for one’s country.

Heneral Luna, while precise in its storytelling and in its depiction of the major players of the revolution, evokes ambiguous emotions about a nation that has been revealed to be built on a rickety foundation of questionable motives and personalities. 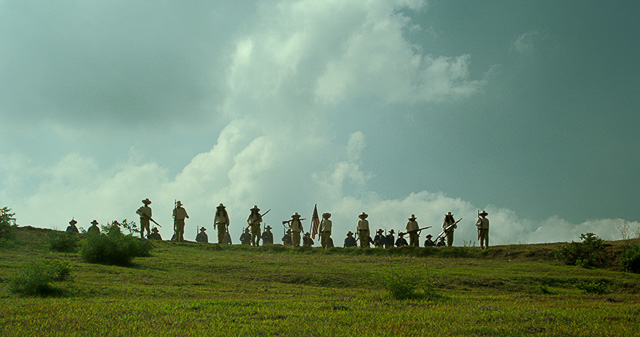 Tarog is as blunt as he is poetic. He does not shirk away from detailing the violence of war. In fact, he often laces the gruesome deaths he stages with humor, perhaps to reflect on the folly of war despite its inevitability. Amidst the indulgence in spilling blood and exploiting gunpowder is a tenderness that is genuinely affecting.

Heneral Luna begs you to look beyond the stereotypes of both the man and the history that has been made around him. It begs you to see everything with clearer eyes, with just enough cynicism, and more importantly, without the influence of those who have the greatest to gain for turning our history into a pageant of brave and unblemished patriots, of those who hanged heroes without owning up to their sins. – Rappler.com

Francis Joseph Cruz litigates for a living and writes about cinema for fun. The first Filipino movie he saw in the theaters was Carlo J. Caparas’ 'Tirad Pass.' Since then, he’s been on a mission to find better memories with Philippine cinema. Profile photo by Fatcat Studios.