Like the appendix and the male areola, Joachim Ronning’s Maleficent: The Mistress of Evil is an unnecessary creation.

Robert Stromberg’s Maleficent (2014), a reimagining of Disney’s adaptation of the fairy tale about a princess cursed to slumber, cleverly attempted to tell the story from the perspective of the villain. In a way, it revised the familiar and allowed glimpses of good in a character that has for decades been believed to be pure evil.

That film, however, failed to get past both its skin-deep novelty and the stunning allure of Angelina Jolie, its top-billing star. It became more of a business for the Disney conglomerate, who then started to capitalize on forgotten material by re-envisioning them with current attitudes.

It should have ended there, with Maleficent remembered not for its mediocrity but for opening the gate for the Disney to search its library for tales and characters to bend and twist in the guise of innovation.

As it turns out, one Maleficent movie is not enough.

The Mistress of Evil stubbornly exists. Perhaps Disney disagrees with how Maleficent didn’t end with Aurora (Elle Fanning) failing to marry Phillip. Perhaps it saw the need to again shift the revisionist intent of Stromberg’s film to be in line with current politics. Perhaps it just wants to squeeze a final few billions of dollars out of Jolie’s pitch-perfect turn as the high-cheeked and thick-lipped anti-hero with a fetish for black form-fitting gowns. What is apparent is that none of the reasons really convince of the film’s necessity, most specially in a market flooded with perceived villains clamoring for a second look.

CONFRONTATION. Maleficent and Aurora confront each other as Maleficent unleashes her power.

Culled from a children’s story

Fine, The Mistress of Evil is stunning.

There is a real effort to make it look and feel like it was culled from a children’s story book. Ronning, who previously directed the ill-fated final entry to The Pirates of the Caribbean franchise, conjures an engaging world where fairy creatures exist uncomfortably alongside humans. It is this fairy tale aspect of the sequel that makes it palatable. In fact, the film manages to be fine and dandy as it carves its way to another curse, with Aurora and Phillip (Harris Dickinson) getting engaged but having to fix the dilemma of having their soon-to-be in-laws meet and be civil to each other.

Sadly, the film stumbles in its desire to break away from fable and into blockbuster territory.

It becomes overly complicated, shifting its eyes away from the enticing domestic affairs of an imperfect engagement and towards the sky. It introduces a race of creatures like the titular anti-hero, expanding the lore, carelessly forcing into the fairy tale myths and legends that only confuse and confound. The Mistress of Evil is needlessly complicated, with all of its wild and reckless twists and turns failing to support any pertinent agenda that could have made the film anything more than an obvious cash grab. 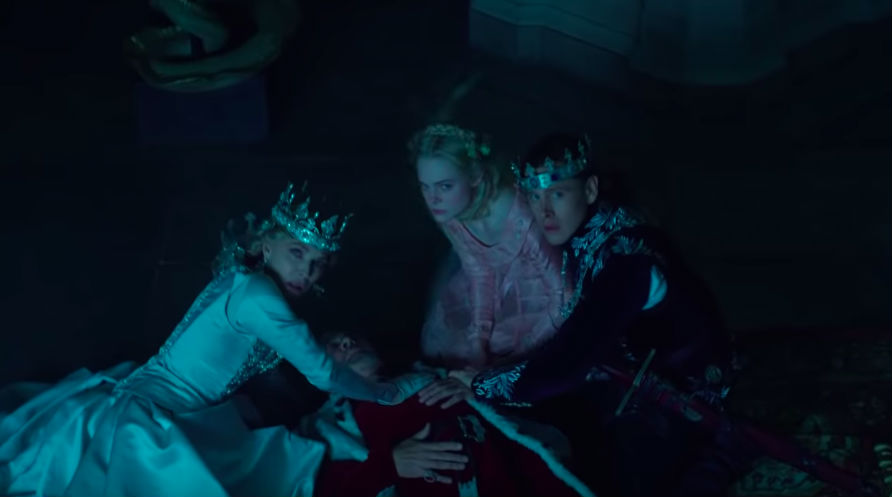 PROTECTION. Aurora and her family protect her father after an argument with Maleficent.

The Mistress of Evil imagines itself to be a fairy tale in this age of fake news being weaponized for nefarious goals. Sadly, it only ends up being a distraction. It is but eye-candy that is as easy to forget as its predecessor. —Rappler.com