‘Once Upon a Time… in Hollywood’ review: An amazing feat

There is probably no other filmmaker actively working in Hollywood who has as much reverence for the past and discontent for the present as Quentin Tarantino.

His films are of genres that defined the decades when Hollywood was glorious and golden. They weren’t elevated versions of those genres. They were decidedly genre pictures, whose enjoyment is not conjoined with their loftier ambitions, whose being trashy isn’t some form of disruption but part and parcel of being subservient to the goal of the genre. It can actually be argued that Tarantino is making movies of the foolhardier Hollywood of decades ago for the capitalistic and hypocritically politically correct Hollywood of today.

Once Upon a Time… in Hollywood, Tarantino’s roundabout account of fictional events that lead to the massacre of prominent Hollywood partygoers by Charles Manson’s followers, is surprisingly his most explicit and more importantly heartfelt revelation of his recurring obsessions.

Centering mainly on the disparate lives of next-door neighbors Rick Dalton (Leonardo Di Caprio), a once in-demand TV cowboy who is now relegated to either playing villains for younger stars or heroes in cheap spaghetti westerns, and Sharon Tate (Margot Robbie), the young wife of Roman Polanski, who in August of 1969 was brutally murdered along with her friends.

Rick is in a rut, spending his days witnessing his career dissipate in a Hollywood that is evolving more rapidly than he can keep up, and his nights either drinking his worries away or watching himself with his stunt double, yes-man and only friend Cliff Booth (Brad Pitt). Sharon, on the other hand, is having the time of her life. 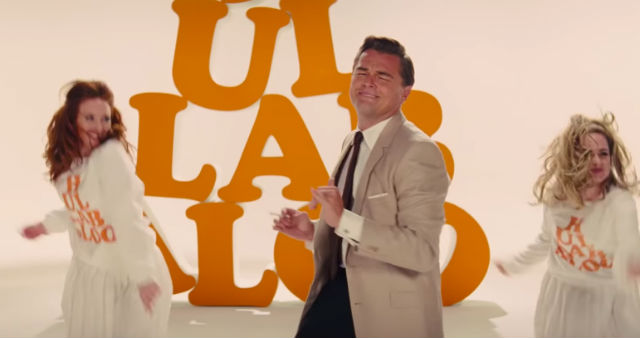 Through Rick, Sharon and Cliff’s commutes, labors, and meanderings, Tarantino is allowed to reconstruct the Hollywood of his morbid dreams, one that is both enamored and apprehensive of the fame and celebrity, one that has dominion over everybody’s idle time with its armies of television screens, movie houses and drive-in theaters, and one that is at once a fairy tale and a nightmare.

In fact, Once Upon a Time… in Hollywood doesn’t feel like it belongs in this decade.

It aspires for timelessness, almost as if it were carved from memory – except that it is most definitely shaped from Tarantino’s nagging fascination with that foregone era. Its immaculate set pieces sometimes eclipse the story, with the characters often turning into the backdrops of the backdrops, and the moviemaking morphing into reality to the point that it is nearly impossible to tell if it is life that inspires art, or art that inspires life. This is Tarantino’s most deliberate and elegant film, where his tendencies to go wild with blood, guts and violence kowtow to the irresistible allure and power of a town where cinema is king. 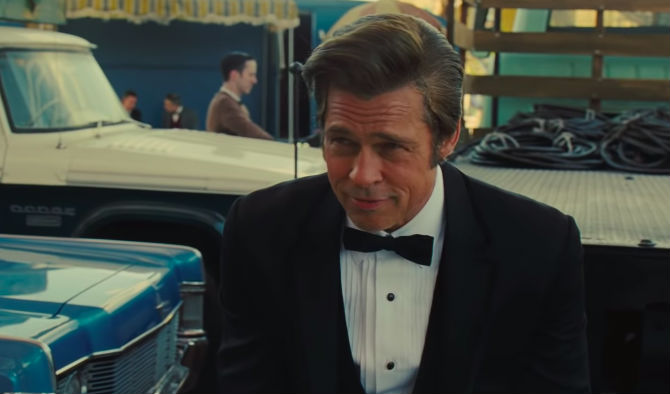 Sure, some of the discreet charms and glaring departures of Once Upon a Time… in Hollywood can be seen as problematic.

Tarantino, whether intentionally or not, will never get things right about his portrayals of the past. If anything, Tarantino is at least forthright about his intentions. That his cheeky jab at Bruce Lee’s venerated reputation is also an admiration of Hollywood’s ability to create myths and legends, and that his obvious departures from the truth in the service of turning a real life nightmare into a fictional character’s fairy tale happy ending, is a testament to great cinema’s ability to perpetuate sweet escapes despite the murmurings that not everything is exactly all right and happy.

The film is an unadulterated ode that only Tarantino can make, one that blends cynicism with reverence to form a portrait where beautiful faces are never at odds with grime, alcohol and giddy murder.

Integral to the film’s putting the era on a pedestal, is its hidden implications of where we’re at now, where celebrities are dime-a-dozen, and child actors are more likely to post on their social media their presence in a film lot than read autobiographies of their heroes, and camaraderie is as easily tattered.

What makes Once Upon a Time… in Hollywood truly admirable is that its allegiance to virtues is more apparent than its bitterness. Its most beautiful moments are the ones that where Tarantino projects his sentimentalism for cinema, such as when Sharon watches herself in the big screen, delighting in the giggles and chuckles from the audience, or when in a miraculous take, Rick departs from his own self-doubts to deliver an electrifying performance that rewards him with a compliment from his 8-year old co-actor. 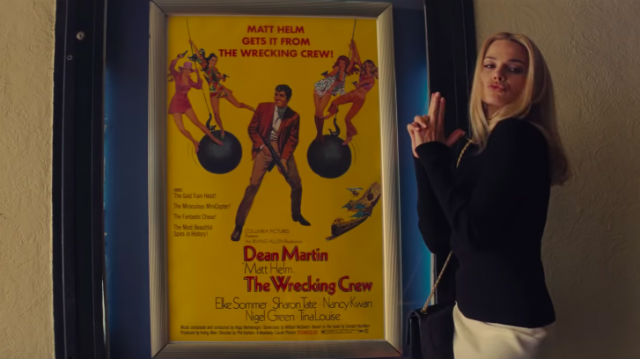 GONE SO SOON. Australian actress Margot Robbie is Sharon Tate, who was killed in 1969.

While it can be said that what it most fluently relays is that what’s even dirtier than the soles of the women in the film is the soul of Hollywood that it portrays, Once Upon a Time… in Hollywood doesn’t fully surrender to sarcasm. Its hopefulness, while absurd, is quite liberating.

Once Upon a Time… in Hollywood is one amazing feat. —Rappler.com