What to know about Cinemalaya 2017 Best Film, 'Respeto'

Respeto director Treb Monteras II fooled us all. He made us believe that his debut full-length film was just about hip-hop. Or well, a bunch of kids who are into fliptop battles. Maybe somewhat like Eminem’s 8 Mile.

Just like kids (and rats, too) following the Pied Piper, we fell for it hook, line, and sinker! And it looks like we viewers were not the only “victims” of Monteras, but the local and international jury of the Cinemalaya Film Festival as well.

Dido de la Paz, who depicted the role of the used books store owner Doc –  but who turned out to be a reclusive veteran poet, and victim of Martial Law – won Best Supporting Actor.

“I didn’t want the film’s audience to have any expectations,” Monteras said during an exclusive interview with Rappler at SGD Coffee Bodega in Teachers’ Village.

And so, we all entered the movie theater expecting a shallow movie about hip hop kids, and ended up crying – and in my case, sobbing hopelessly – like a child.

By the time the film ends with that very poetic, unforgettable image that “will stay with us for a long time,” (to quote legendary singer Gary V, who watched at a special screening in Rockwell) – we are hooked – and would have been sucked in into the lives and the world of the film’s characters: 17-year-old Hendrix, the orphan who is forced by circumstances to be a drug courier in the underbelly of Pandacan, but who wants to gain respect by slugging it out in fliptop battles; Hendrix's kabarkadas, Betchai (Chai Fonacier) and Payaso (Yves Bagadion); Hendrix’s sister Connie (Thea Yrastorza) and her good-for-nothing drug-dealing boyfriend Mando (Brian Arda); Hendrix’s love interest, the bar girl Candy (Kate Alejandrino), rival Breezy G (Loonie); and Doc, who eventually becomes Hendrix’s unlikely mentor in writing verses, and Doc’s policeman-son Fuentes (Nor Domingo).

The film also features MC Rappers Mike Swift, Apekz, Abbaddon, J Skeelz, Mike Kosa and M-Zhayt and promising female rap artist Luxuria, all of whom had to create their own scripts for their parts in the rap battles. Each scene only had around 3 to 4 takes.

National Artist for Literature Bienvenido Lumbera, and poets Vim Nadera (who had a cameo in the Balagtasan scene in the movie), Frank Rivera and Mark Angeles contributed poems to the film. 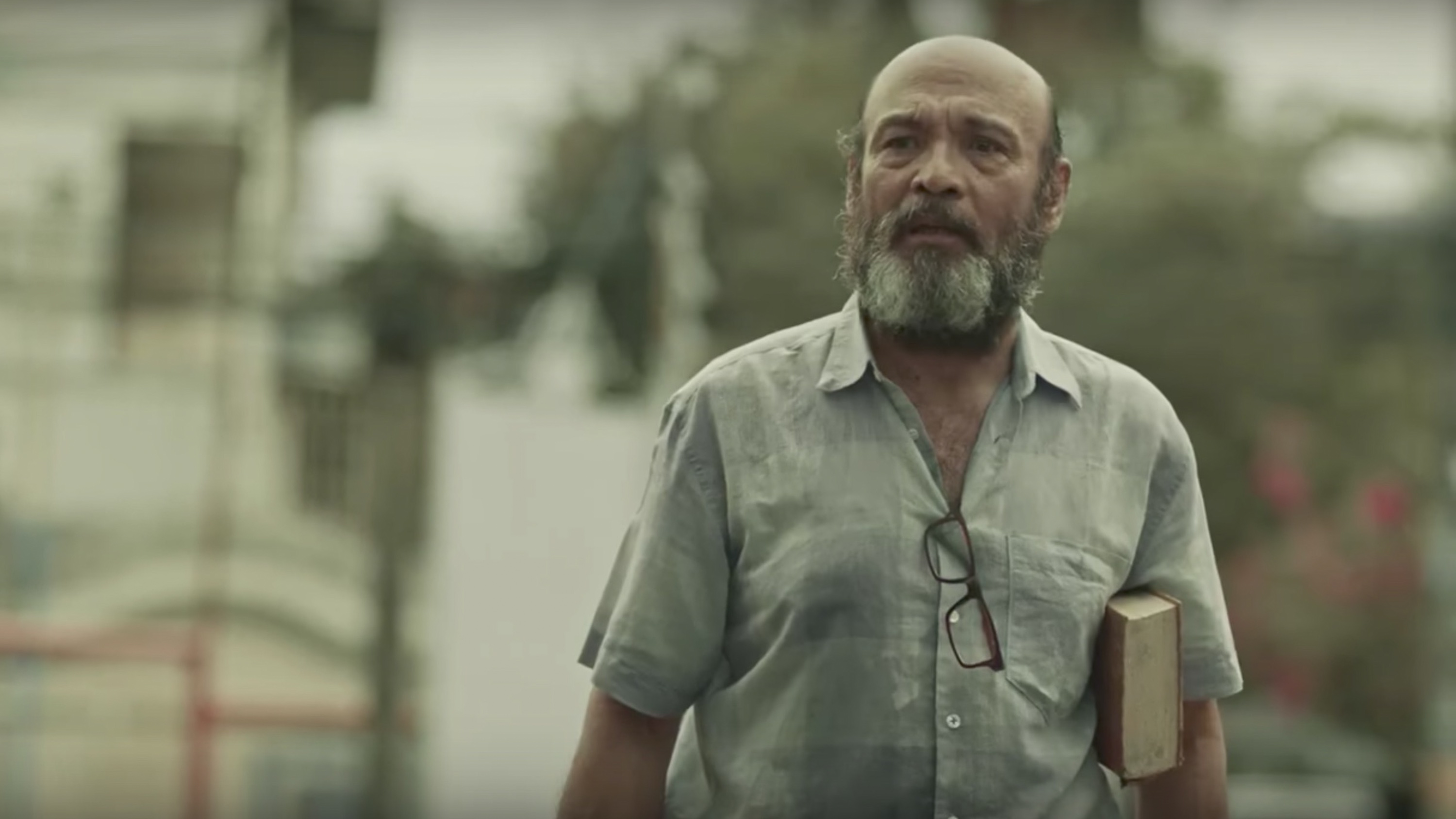 Monteras himself had nowhere to sit during the gala night of the film at CCP. He told himself, “This is the day when I’d found out if I don’t know how to direct.”

When everyone stood up and gave the movie a standing ovation (for 10 minutes!), Monteras didn’t realize that he was beside the members of the jury, who praised him profusely for the film, and congratulated him for having directed such an excellent film, his first full-length.

During the awarding ceremonies at Cinemalaya, Respeto was cited “for its infectious, propulsive energy, its highly convincing cast of characters and very effective ensemble acting, its breathtaking, nearly epic sweep of the underside of Manila, its expert application of the resources of cinema to depict a teenager’s drive to rise above poverty and violence, its cogent melding of contemporary rap and traditional oral literature, and its sheer humanity and coruscating poetry.”

Monteras traces the roots of rap music to the “burning of the Bronx” in the 1970s, which gave birth to “escape music: rap.” He thinks that the experience of local rappers in places like Tondo, Malabon, and Pandacan, are akin to those of their counterparts in NY.

The film was lauded by NETPAC (Network for the Promotion of Asian Cinema), “for tackling the complex issue of human rights violation across two generations, musically connected by the vibrant and socially-conscious use of language.” 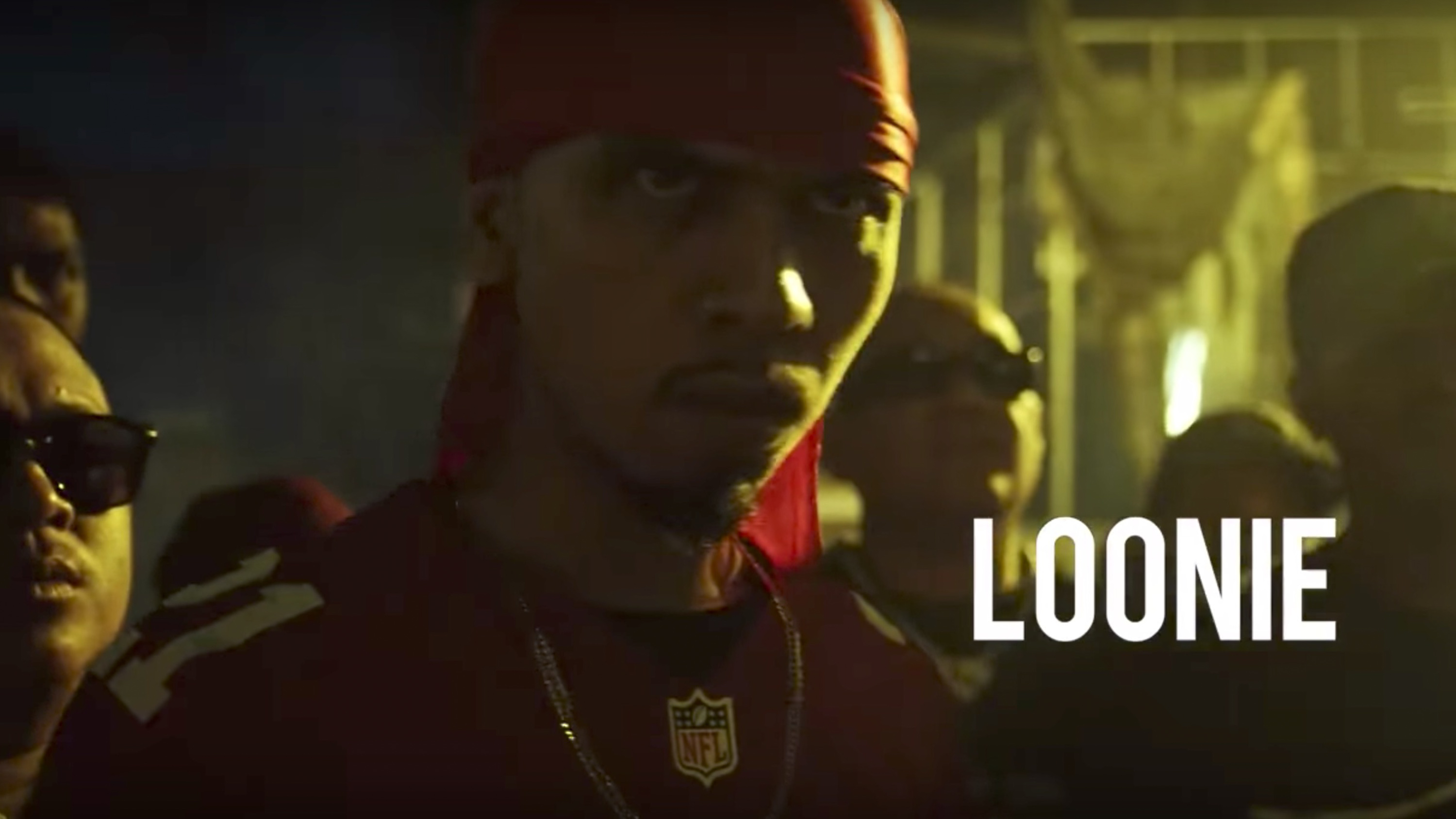 And there lies the power of Respeto: it was able to deftly stitch these issues into the story seamlessly, without looking or sounding preachy.

Monteras wanted to make his first film at age 26. But that didn’t happen. And one by one, his former classmates or workshop-mates like Dan Villegas and Wincy Ong started to make names for themselves.

In late 2010, he witnessed a balagtasan with Nadera, Teo Antonio, and Mike Coroza during a gathering of alumni of The Varsitarian during UST Quadricentennial celebration. But it was during the album launch (featuring the single “Sirena”) of Gloc9 at Eastwood 2013 – when he saw Lumbera in the audience – when he decided that he would do a film about poetry and rap.

From 2015 onwards, he “dropped everything and lived off my savings for two years,” and only accepted short-term assignments to start and finish his first baby: Respeto. Incidentally, his two younger real-life babies were born during this period.

While he would have wanted to set the film in Navotas, he found Pandacan perfect because it’s right smack in the middle of Metro Manila. “May ilog, riles (there's a river, train tracks), squatters, and in some areas, you can see the high rise buildings of Makati.”

Thanks to Waze – while he was enroute to another place – he found a corner sari-sari store which seemed perfect as the second-hand used store of Doc.

“I was very picky with my actors,” Monteras revealed. And he had quite a difficult time finding the right people for the roles, because he wanted fresh faces.

Everyone auditioned, save for Abra and Loonie, whom he had in mind already while thinking of the story. “I was afraid they wouldn’t know how to act,” he said and thank goodness, they did.

He initially thought of Eddie Garcia for the role of Doc (“a composite of ML [Martial Law] survivor Bonifacio Ilagan and several other ML victims), but he may have been too old to have been a “hippie” teenager or young adult during the First Quarter Storm. Joel Lamangan was doing three films simultaneously. He had someone like Tony Mabesa as peg; until Dido de la Paz walked in.

Bagadiong, who has theater experience via Tanghalang Pilipino, auditioned. CDO-bred but Cebu-based Fonacier auditioned via Skype. Fonacier got the inspiration for her short song on the cycle of violence in the community during the Marawi siege; that’s why the song makes a plea for those who bring war into the place, to leave.

Jay Durias (band leader, keyboardist, and vocalist of South Border) and De San Jose only had three days each to work on the music score and the sound design of the film.

It added, “He has done album cover shoots for some of the country’s best artists…; and has consistently been recognized by various award-giving bodies for his work.” At some point, he was doing 12 videos in a month!

At age 6, Monteras was already into stop-motion animation, thanks to his engineer-father who moonlighted as a videographer. At age 12, he was mentored on art by painter Philipp Badon and Wayie Canoy at the Metropolitan Museum. He became an advertising director after taking up Advertising in UST. Not long after graduation, he attended a workshop on photography and cinema at Mowelfund under Nick Deocampo (ably assisted by Paolo Villaluna).

For some 10 to 15 years, he also toured the entire country organizing mostly club events with the likes of MOD and DJ Coki or jampacked crowds in coliseums during town/city fiestas.

The film, which is produced by Arkeofilms and Dogzilla was screened at the Cine Adarna of UP Film Institute on Tues, September 19. Starting on the eve of the 45th year of the anniversary of Martial Law in the Philippines (Wednesday, September 20), Respeto will have a regular run in 30 theaters nationwide. – Rappler.com

Susan Claire Agbayani is a freelance writer who contributes to newspapers, magazine, and websites. She is finishing her thesis, an unauthorized biography of a Filipino band, for her MFA in Creative Writing at De La Salle University. She lives in Quezon City with her son Gide and their cats.