‘Spider-Man: Far From Home’ review: Back to Earth

Jon Watts’ Spider-Man: Far From Home has a simple but gargantuan mission: bring Marvel’s superhero lore back to relative normalcy, away from universe-wide threats and talks of space, time, and souls.

After all, characters who've gone to space, time-traveled, and have come back from obliteration to battle despots can't and should never have normal lives again. The two-part finisher of the Avengers tale is brimming with overly dramatic deaths and compelling discourses that a retreat back to the mundane should feel like a regression than an evolution.

What is fascinating about Watts’ film is that it fervently commits to the beauty of banality, centering prominently on the continuing coming-of-age of Peter Parker (Tom Holland) who has to live dual lives because of his superpowers. 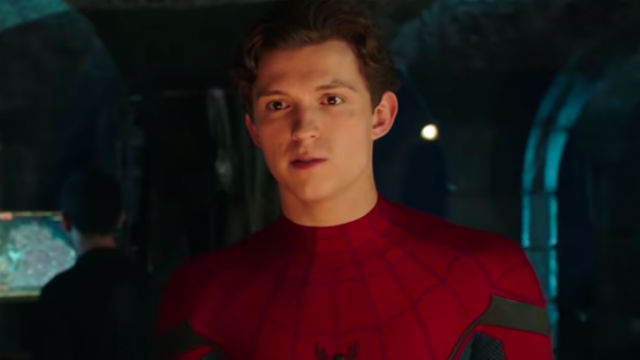 AFTERMATH. Peter tries to cope with the events after Avengers Endgame.

Beholden to the conceit

The film remains beholden to the conceit from Homecoming (2017), where young Parker, a very smart teenager who suddenly gifted with super strength, spider senses, and the ability to blast weaponized web out of his wrists, has to juggle between high school with all its unspectacular concerns and saving the world.

In Far From Home, Parker goes on a school trip to Europe, prompting him to plan to finally declare his romantic feelings for MJ (Zendaya), his charmingly brooding classmate, on top of the Eiffel Tower in Paris. However, his plans are always foiled by constant attacks from mysterious elemental-type beings which has him and Quentin Beck (Jake Gyllenhaal), another caped crusader who says he is from another version of the Earth, teaming up to make sure everyone is safe. With Nick Fury (Samuel L. Jackson) and the rest of S.H.I.E.L.D. forcing him to step up given the death of Tony Stark, Parker is forced to choose between living the life of a love-struck teenager or an Avenger.

Far From Home is thankfully sillier than serious. It relentlessly embraces the ridiculousness of the zany proposition of making a boy (who is half preoccupied with the affairs of his heart and hormones) responsible for the safety of the entire world. The film is adamantly juvenile. It brims with joy, never allowing the overbearing grief and separation that capped and consumed Endgame to swallow its youthful verve. The film is unadulterated fun.

The very best entries in the growing library of Marvel blockbusters are supported by compelling villains whose motivations are grounded not on irrational bursts of malevolence but a skewed understanding of real world virtues and conflicts.

For example, Erik Killmonger of Ryan Coogler’s Black Panther (2018) carries with him the pain and anguish of a marginalized minority. Thanos, at least the one depicted in Infinity War (2018) rather than the one-dimensional brute in Endgame, is guided not by selfish dreams of domination but by a genuine although drastic concern for the universe. Even Vulture of Homecoming is a symbol for an exaggerated version of American enterprise as he is but a businessman who makes a buck out of catastrophe.

In Far From Home, the villain stands for corporate meritocracy.

His frustrations originate from being the unsung slave in the backstage who has to see his hard work relegated to playthings by the moneyed and the influential. His methods for wreaking havoc plays well within an era defined by a gullible populace who are quick to believe illusions and half-truths.

Far From Home, beyond its veneer of comic book goofiness, bears realities that are worth pondering. It offers another villain that is but a product of the spectrum of virtues and vices that now define Marvel in its thirst to go beyond absolute definitions of good and evil. 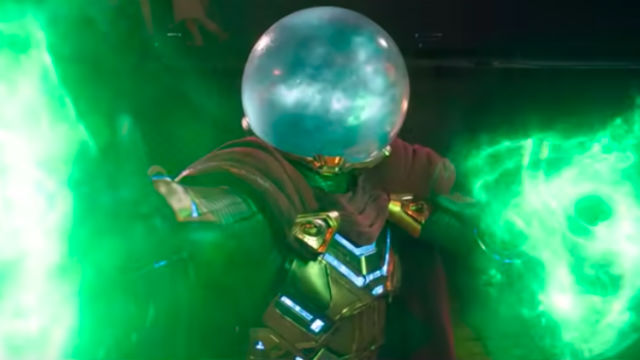 What role will Mysterio play in Peter's life?

Watts’ film is a satisfying break from too much spectacle and overstretching of the imagination.

Far From Home is closer to Earth, and it is all better for that. — Rappler.com