'The Favourite' review: Of fowls and follies

There are both fowls and very foul people in Yorgos Lanthimos’ outrageously fun and funny The Favourite.

The fowls, adorned with cute ribbons to differentiate them from the ones found in peasant’s farms, awkwardly waddle towards the finish line to the enjoyment of a horde of rowdy aristocrats. They are also thrown in the air to serve as targets for sharp-eyed ladies.

Comically, the latter, the very fowl people the film puts into the spotlight, also thrive in competition, serving as easy aims of ambitious women.

The fact that The Favourite has basis in history only makes its implications resonate more.

In the film, gout-ridden and hopelessly unhappy Anne (Olivia Colman), the heirless queen of an England that is in the middle of a very expensive war, only has Sarah (Rachel Weisz) as both her confidante and secret lover. When Abigail (Emma Stone), Sarah’s cousin whose chances at a prosperous future have been ruined by her gambler of a father, enters the picture, first as a lowly maid and later on as some sort of assistant, a war for Anne’s affection and all the luxuries such affection affords between the two women ensues.

Irreverence and impiety are obviously the starting points of Lanthimos’ comedic deep dive into the intrigue-filled business of sustaining a needy monarch’s attention.

The Favourite, while draped in the predictable extravagance of a costume drama, never sees the need to suffocate itself with rituals and formalities. The film thrives in finding faults in what supposedly are considered as bastions of etiquette and civility. In a way, Lanthimos’ film one-ups Sofia Coppola’s dreamy take-down of the grotesque excesses of court life in Marie Antoinette (2006) by not settling for skins and appearances and digging into the rotting heart that fuels humanity not just during the age of royals but all throughout history.

However, it is also quite possible to read the film, with its less than savory depiction of women in power, as wicked malicious in the sense that it portrays the gender as attached to connivances and frequent shifts in folly. Thankfully, Lanthimos doesn’t spare men in his stark critique of human ambition, showing males as lusty pigs, servile fools and impotent tools whose only purpose is to be dominated by the craftier and fairer sex.

The blunt but astute condemnation that The Favourite so elegantly communicates is not limited to specific genders. It is total. It is savage. It is vastly engrossing. 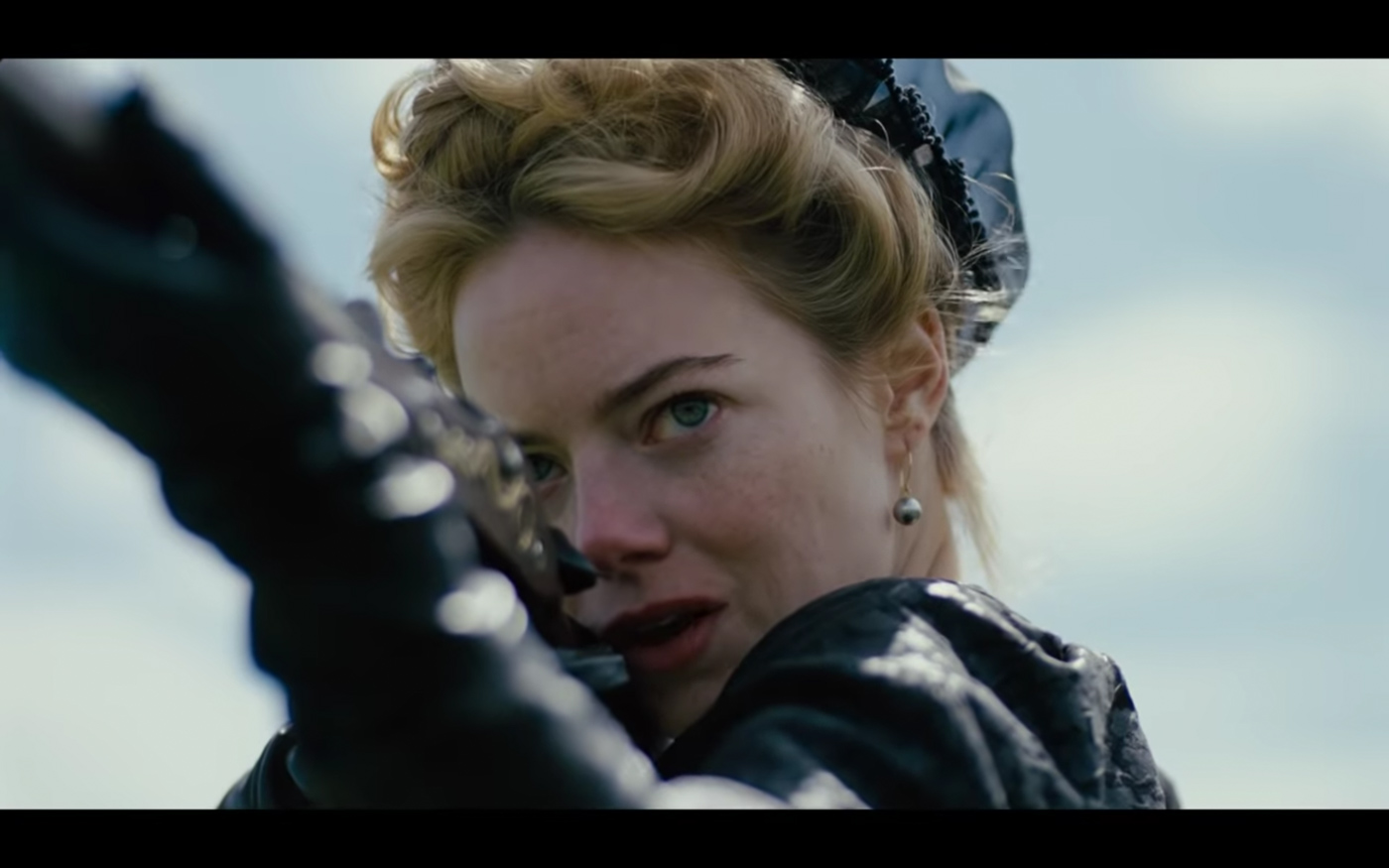 This isn’t to say that Lanthimos’ film reduces its characters to squandering and lecherous fools.

While The Favourite seems to indulge in poking fun at the indulgences of historical figures, it does so with always a sliver of care and compassion towards its targets. Except for the men who serve as backdrops to a powerplay that understands the gender politics of a period where women find themselves either lonely on top of the ladder or crowding the kitchen while men are given positions by virtue of being men, the characters of the film have narratives that beg for pathos and understanding.

It is almost as if the screenplay, written by Deborah Davis and Tony McNamara, didn’t want to pursue the triteness of turning that footnote in history into a symbol of human foolishness. Instead, it just starts from there and ends completing a convincing picture of sinners and sufferers, all trying to find a proper place in a society that is more vulgar than it shows.

The film’s cleverly staggered parting shot evokes the very real stagnation that the fantasy of women being able to muscle their way to all sorts of opportunities veils. In the end, the characters remain sad, forlorn, or in that perpetual state of being beholden to a power, trapped in debasing servitude despite all the exorbitant trappings and surface-level freedoms.

Not bleak but blissful

The Favourite is an exemplary film that unflinchingly exposes the fragile soul of humanity in a way that is not bleak but cheekily blissful. – Rappler.com