'The Kingmaker': A poignant reminder of the fragility of democracy

It seems fitting that internationally-acclaimed documentary photographer and filmmaker Lauren Greenfield – who has spent 25 years examining consumerism, inequality, and the lavish lifestyles of the ultra-rich – has trained her incisive lens on Imelda Marcos.

Greenfield’s The Kingmaker, which had its Canadian premiere at the Toronto International Film Festival in September, analyzes the political resurgence of the Marcoses under the Duterte presidency. It also takes a closer look at Imelda, the astute politician and matriarch of a political dynasty bent on reclaiming Malacañang Palace.

Ferdinand and Imelda Marcos were not described by Primitivo Mijares as a “conjugal dictatorship” for nothing, after all.

It all began when Greenfield read Bloomberg journalist William Mellor’s 2013 account of Calauit Island, which had been transformed into a private hunting ground for Ferdinand Marcos Jr (Bongbong) in the 1970s. About 254 families had been evicted and relocated to accommodate African gazelles, zebras, impalas, zebras and other wildlife that had been flown in from Kenya at government expense, presumably to help save them.

“I was fascinated by it. It was like something that was a legacy of extravagance,” says Greenfield. She was also intrigued by Imelda, who “had always been an iconic figure, but not somebody I knew beyond the shoes.”

The Kingmaker is a poignant reminder of how, if left unchecked and unchallenged, a brutal history can be revised by the powerful and can painfully repeat itself.

Rappler sat down with Greenfield for a brief interview about her film. Greenfield, who has won several awards as a filmmaker, including a Sundance Film Festival directing award for Queen of Versailles, is also an accomplished author and photographer. Her photography is in many collections of major museums worldwide.

(Editor's note: The interview has been edited and condensed for clarity.)

Q: How did the idea for this film evolve?

A: When I read about the animal island, it was like the ultimate extravagance, but involving living things. I was thinking about it in terms of the unintended consequences of wealth and power — of this impulsive idea, “Let’s bring these animals from Africa,” and you’re not thinking about what’s going to happen to them after you’re not the leader anymore. The animals were left to fend for themselves and with no new blood, started to deteriorate with 4 generations of in-breeding.

I kind of started thinking about it as Imelda’s improbable survival after being kicked out of the country and being accused of stealing $5 to $10 billion and then, the animals’ improbable survival. That was a historical story and what I ended up finding was a present-day story, this comeback story. The vice presidential election became the narrative driver of the story because it was clear this was not about the past, this was about the present. As Bongbong Marcos’ candidacy became more and more viable, the past started bubbling up into the present through Martial Law survivors who wanted people to know what happened, wanted people to remember.

The ill-gotten wealth started to bubble up, too. When I was filming, the PCGG raided all of the Marcos homes and Mrs. Marcos had her story to tell about that. The past was coming into the present in a compelling way, and part of the story ended up being, “What is the past? What is history?” And how it was getting rewritten, especially in the context of the Marcoses spending money on social media to express their view of history and the education system that hadn’t really rigorously taught students about Martial Law and what happened.

And then, the elections that were affected by poverty. [Benigno] Aquino [Jr.] said something that really affected me. I think his dad told him this, you can’t really have democracy when people are hungry. When people need food, money or clothing, and are getting that from politicians, that’s going to affect their allegiance, rather than an informed electorate.

Q: What did you know about Philippine history and how did that inform the making of the film?

I didn’t know much when I began. I knew the wonderful film by Ramona Diaz about Imelda. A lot of it I learned by reading and by interviewing people and from our Filipino crew. I think the thing that was so fascinating was there were a lot of parallels with the the U.S. as you can probably see by the end of the film. In the Trumpian era, there are a lot of parallels. Money is a big part of our politics, but we don’t admit it as freely. There were certain things that you could see in a much more transparent way in the Philippines, that was refreshing. I was always thinking about it as not only a Filipino story, but what can we learn about humans, about politics, from the story. 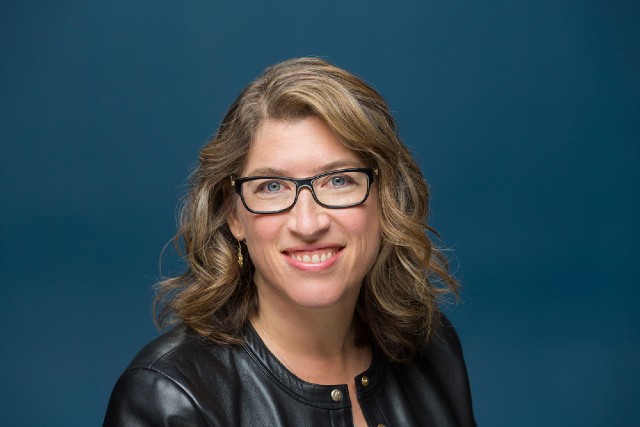 She was refreshingly candid; refreshingly approachable. When you are with her — incredibly kind, generous, open — in a way not the qualities you expect of somebody who’s responsible for a regime that had such a history. That was a paradox that I was interested in. To be honest, in the beginning I thought it was going to be a redemption story for her. She was so appealing and kind-hearted that I thought maybe she would distance herself from the ills of the Marcos regime. There was also something about her as a woman in power that I was interested in. I’ve done a lot of work about gender and she was this powerful woman at a time when it was unusual, and she was on the world stage. In some ways she came to it from some vulnerability as an orphan. I felt like she kind of in a way threw herself into Marcos’ arms at a vulnerable time and that maybe she would at her advanced stage in life say, “I’ve reflected and don’t agree with some of those things.” Of course, it was just the opposite. She’s sticking to the story, and defending it. They all were. That was one of the first revelations for me about how to approach the story. Even when I first interviewed Bongbong and he was Western-educated and smart and reflective, in his office, he had all these pictures of the palace and of his parents. I was surprised that he felt so comfortable aligning himself with his dad’s regime when he had been kicked out and accused of stealing $10 billion.

Q: Why did it take 5 years to make the film?

It was a moving target with a story. With the election, I thought that would be the end of the story. But as the reporter says in the film, nobody really expected [Rodrigo] Duterte to become president. I certainly didn’t. That changed the ending for me because that really showed me the fragility of democracy and how easily we can go back to authoritarian rule. It wasn’t just the story of the Philippines, it was also a cautionary tale for us. I remember when Duterte was elected I told my Filipino crew, “I’m sorry about what’s going on here. It’s not going to happen to us.” This was when Trump was running. And then the next time I went there, they were like “See? You guys are crazier than us.” (Laughs). I think there are a lot of parallels… it certainly affected the way I was seeing things. It wasn’t until my last trip, which was at the end of 2017, that I really understood the connection between the Marcoses and Duterte. And that was important for completing the story.

Q: Do you think people are seeing the connection between what happened in the Philippines and the shrinking of democratic space in other parts of the world?

A: Yes, people are definitely seeing it also as a reflection of the U.S., with Trump, but also with the rise of nationalism in Europe. We premiered at the Venice Film Festival and the Europeans, it really resonated with them in terms of the return to authoritarian regimes, the manipulation of elections. I think one of the ways they’ve rewritten history is through social media and money. And so that’s something that the U.S. has faced, that England has faced, that so many countries have faced in terms of the possibility of a social media and the manipulation of information impacting elections.

Q: Why are you attracted to themes of wealth and power?

A: I’ve never really looked at power before. My last film, and it’s a book and an exhibition, was called Generation Wealth, and it came about from my 25 years in photography. It started with me going back to where I was from in L.A. and how celebrity, image and materialism were affecting kids. What was interesting in this story [The Kingmaker] is the cult of celebrity, the power of celebrity and wealth transformed into power. That was a new way for me to look at wealth and inequality. In my work at Generation Wealth, the paradox is that everybody looks rich because the middle class, the working class, the young are all aspiring in the kind of Keeping Up with the Kardashians way. Sometimes people have the image, they look rich even though theyre not.

Inequality is really the background for all of my work on wealth. In the Philippines, it’s so much more extreme, the wealth was in the hands of a small number of families and now it’s still in the hands of a small percentage of the population and the poverty is so visible everywhere. That, as a visual person, made it more interesting in terms of looking at issues of inequality, to be able to see it so clearly, so on the surface. For Imelda who almost looks like a queen, to be handing out thousand peso notes — it’s visible and it’s transparent in a way that we're not.

Q: What are you hoping people will take away from the film?

When Aquino quoted George Santayana (the quote is also atrributed to Jose Rizal) saying if you don’t remember the past, you’re condemned to repeat it, I felt that was the moral of the story. We need to remember the past, we need to understand history. We need to be informed because as we talked about it before, these things happen little by little, and you don’t always see the big picture. As [former Martial Law detainee] May [Rodriguez] said [in the film], we didn’t realize that this had been a plan for a very long time, and we also thought it could never happen. That’s what the German Jews said before World War II.

I would like people to take also the manipulation of information and the way it can impact elections. I hope it has resonance in the Philippines but also, outside the Philippines. – Rappler.com