‘The Significant Other’ review: Hilariously awful

MANILA, Philippines – Joel Lamangan’s The Significant Other opens hardly shy of its own obnoxiousness.

A gaudy fashion show gives way to an even gaudier scandal when Maxene (Lovi Poe), one of the models, walks off the ramp and starts kissing Edward (Tom Rodriguez). Nicole (Erich Gonzalez), another model, also walks off the ramp, snatches Edward from Maxene, and proceeds to kiss him. After verbal spats, the two models start to fight while Edward, the apple between the two goddesses, embarrassedly look on. 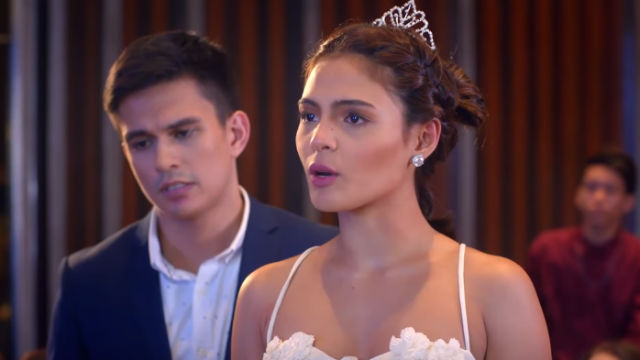 NOT YOURS. Maxene is Esward's legal wife, who close to Nicole.

The politics of the opening scene is blatantly wrong.

In an age of romances slowly and hopefully surely depicting women less beholden to men, an opening scene that has two women brawling and losing their grace and wits over one man leaves a sour taste in the mouth. That blatant wrong is carried throughout the film, as it nauseatingly navigates the individual stories of both women and how they got themselves into that very sticky and shameful situation.

When it becomes apparent that the character of Edward is bereft of any redemptive value, that his primary motivation for seducing Nicole while he’s happily married with Maxene is more lust than love, the film turns hopelessly amiss. The film struggles to find merit. All of its attempts to put Maxene, Nicole, and Edward in a good light, to make its somewhat bittersweet ending palatable, are lousy and for naught. 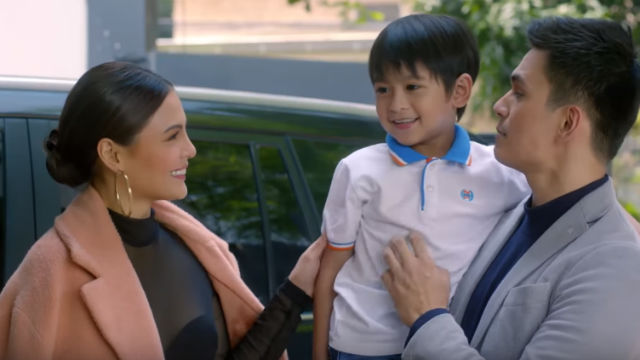 Easily, all the characters of The Significant Other are dumb and dreadfully dull, undeserving of anything but derision.

One can view The Significant Other as an unexpected comedy. In that light, there is possibility that the film has some entertainment value.

There is certainly enough in the film to laugh about. The way Rodriguez wails like he’s having a severe stroke deserves a few chuckles. The silliness of how infidelity is measured by the ownership of the title “significant other” is worthy of a hearty giggle. The supposedly romantic interlude where Nicole and Edward make out inside a luxury vehicle for all the mooing cows to witness is bound to cause snickers. There are entire scenes that are so incredulous that they feel like they belong in a gag show rather than a three-way romance. 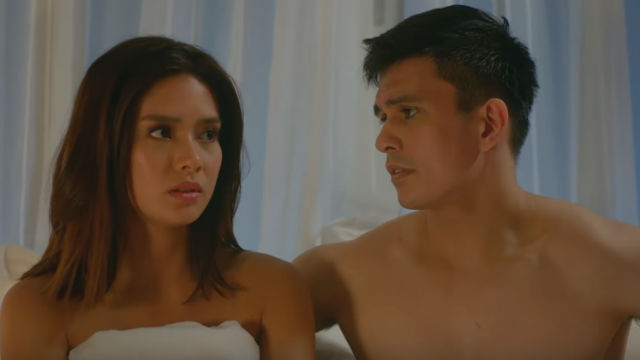 LOVE OR IS IT? Nicole asks if she and Edward are in a relationship or just for sexual needs.

Lamangan, however, seems intent on pushing the drama, on maintaining that all the lurid and implausible events are serious matters capable of provoking impressions of what love is.

The film’s cluelessness of its own inanity is frustrating. The way Lamangan assembles his scenes with hardly any passion or fervor. Just look at the limp sex scenes where Lamangan simply connects footage of lovers kissing, limbs gyrating and feet wiggling to the sounds of garish music and flimsy moaning to witness how uncreative and lazy the entire exercise is. Everything is just gratingly ridiculous.

I’ll just keep on dreaming till my heartaches end.

The lovely line, crooned with the most intense of emotions by KZ Tandingan when the end credits start rolling, is only significant in the filmas a guide to watch and survive it. For such a film whose most certain quality is its hilarious awfulness, it might be best to really just keep on dreaming until all of its horrendous heartaches end. –Rappler.com

Francis Joseph Cruz litigates for a living and writes about cinema for fun. The first Filipino movie he saw in the theaters was Carlo J. Caparas' Tirad Pass. Since then, he's been on a mission to find better memories with Philippine cinema.