Warning: The review contains a few details about the plot.

There is a scene in The Third Party that exemplifies how, despite director Jason Paul Laxamana’s penchant for stories revolving around reprehensible characters and their reprehensible decisions, his films are never devoid of humanity.

Andi (Angel Locsin) has just reunited with her repentant mother (Cherry Pie Picache) out of sheer desperation. Pregnant and homeless, she is defeated, but pride won't allow her to forgive her mother (who gave her up when she was young) that easily, so she starts a dramatic tirade. The scene predictably ends up with both characters in tears, realizing that they are bound not by virtues but by a tendency for selfishness, considering that they both toyed around with the idea of aborting their babies. 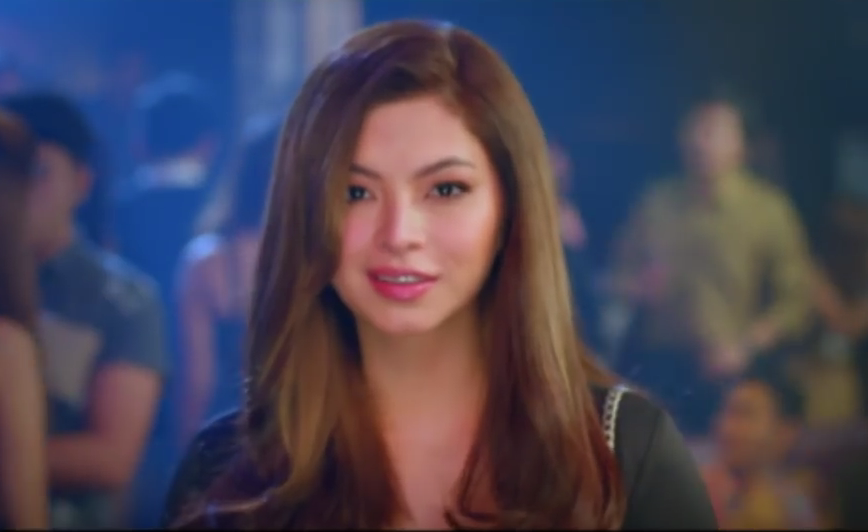 The scene ends with a lovely gesture. Andi, confused by the discovery, hesitates as to how she will express all the overwhelming emotions to her mother, the last person she wants to share such intimacy with. She hasn’t forgiven her, but she has admitted to at least understanding her mistakes. They end up tearfully embracing. The embrace however is beautifully awkward, one that is given as an act of surrender. Andi is no longer in a position to judge her mother the way she has judged her throughout the years.

Laxamana’s characters are never easy, and Andi, who has found herself  penniless, pregnant, and dependent on the good graces of a gay couple, is hardly the most likeable of characters. Her decisions, such as the one where she breaks up with her boyfriend because she cannot stand being in a long distance relationship, are mostly done in haste.

Laxamana cleverly masks Andi’s obnoxiousness with endearing traits that render her tolerable at least until we get a glimpse of any real redeeming humanity. He grants her a tomboyish charm, one that Locsin expertly perpetuates with her hard-boiled vibe. He places her in situations that make her charismatic, reminiscing about the good times over sticks of various streetfood, and singing sad love songs at a local karaoke bar. It is only with that scene with her mother however that Andi admits to her gross imperfections, and perhaps too conveniently, earns that sliver of redemption that is just enough to fully appreciate her predicament. 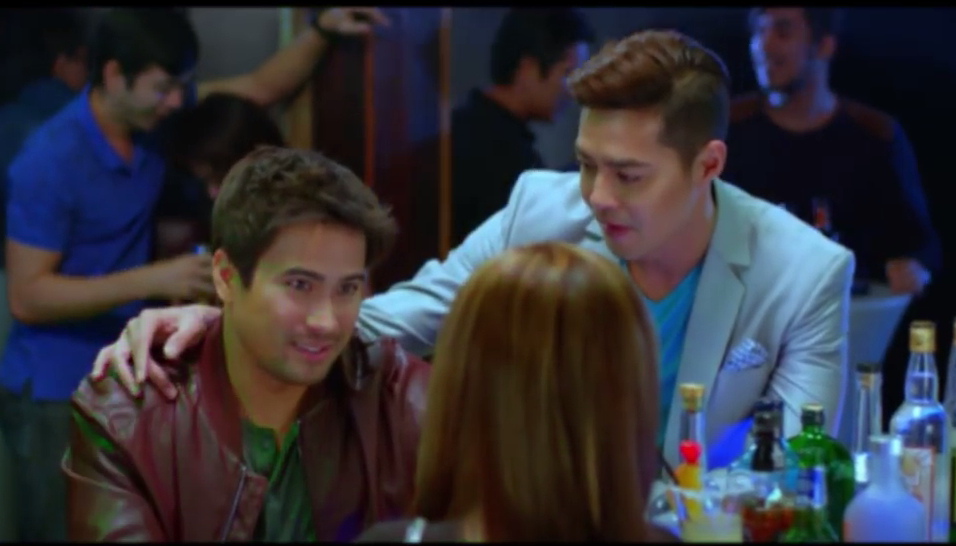 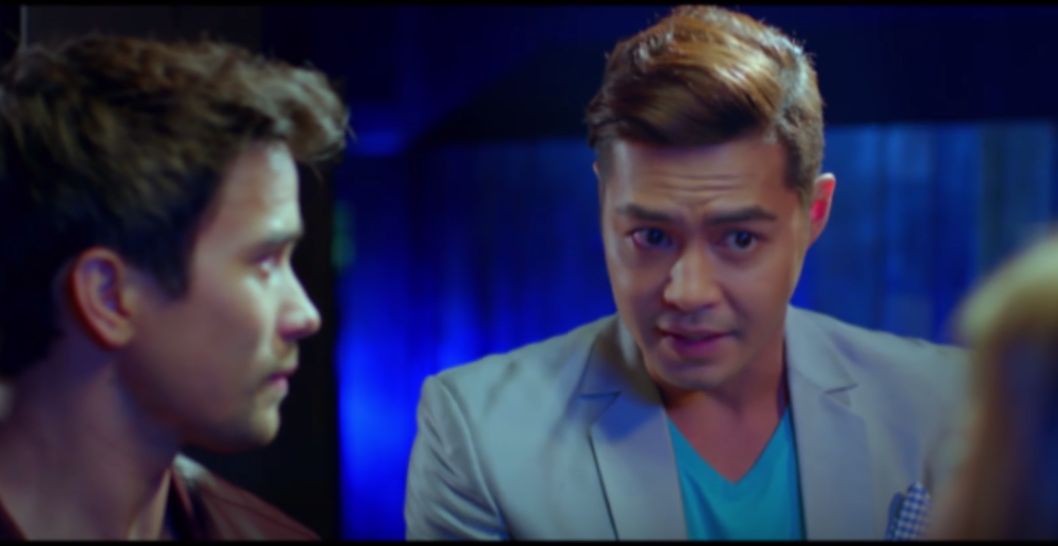 The screenplay by Charlene Sawit-Esguerra and Patrick John Valencia makes the most of the uncommon scenario. They pepper the film with various scenes that mine the bizarre love triangle for hilarity, such as Andi lustily eyeing her ex, while Christian jealously looks on, or Andi catching her ex and Christian in a very intimate moment, forcing her to walk out before making light of the situation with jokes about sex positions.

There is no doubt that The Third Party has a lot of funny bits, and it is all fine. However, it is when the film transitions to drama that it loses its foothold on the emotions it tries its best to convey.

In the film’s earnest ambition to take lightly the issues that are otherwise more complicated than the film’s very broad portrayals, it eventually falters to connect in a more substantial way. Clearly, The Third Party is more comfortable in exhausting the situation of Andi, making her a more complete character than either Max or Christian, who at times feel like their problems and personalities are designed within the limits of what is acceptable within a market sensitive to socially acceptable norms and political correctness. 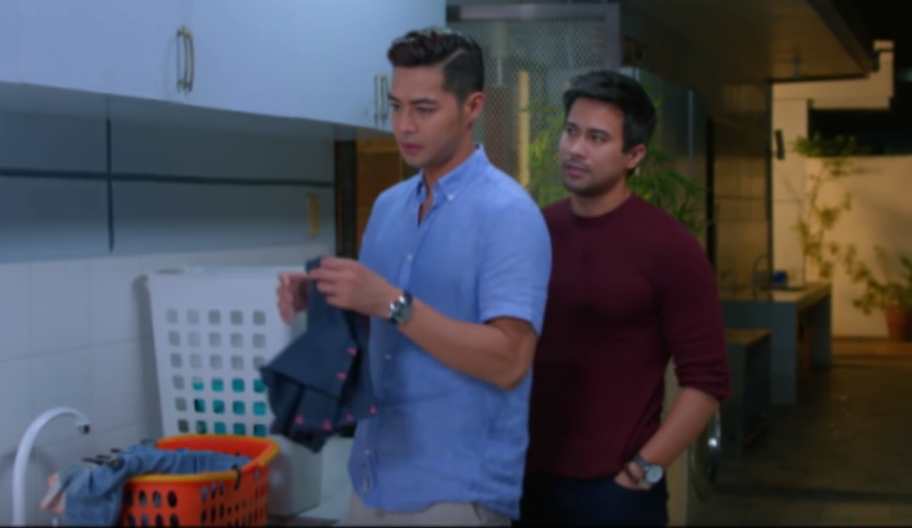