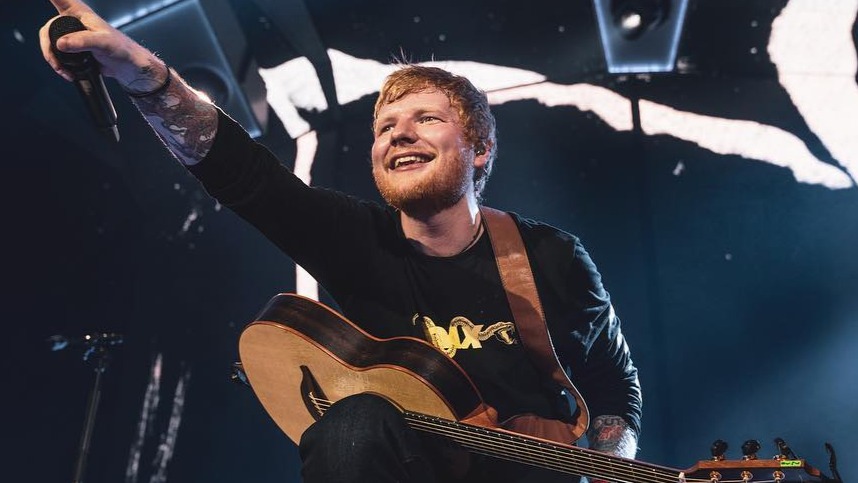 BREAK. Ed Sheeran is taking an 18-month-long break from the music scene.

MANILA, Philippines – Sorry, fans, but British singer Ed Sheeran will be stepping away from the music limelight for a little while.

According to The New York Post, Ed Sheeran revealed the news to his unsuspecting concert audience on Tuesday, August 27 in Chantry Park in Ipswich, England, the last stop of his record-breaking Divide global tour.

"As you may or not know, I've been on the Divide tour for over two years now and this is the last day of the whole thing. There is something very bittersweet about it," Ed said.

View this post on Instagram 9 million people, 893 days, 46 countries, 175 cities, 260 shows, 268 touring crew, 193265 miles travelled, 2 broken arms, 3 marriages, 4 babies. What a wild ride this Divide tour has been. The whole process of writing the album starting in 2015, then recording it in 2016, promoting it, setting out on the road to play it for all of you guys. It’s so weird to put it to bed and move on. Thank you to everyone involved in this whole Divide process, all the people who helped make the album, all the people who helped promote the album, all the fans who listened and came to watch, this wouldn’t be possible without you. Most of all I want to thank my fantastic touring team, who have given up their lives for 2 and a half years to help me achieve my dreams. Thank you for all of your hard work and constant friendship. The Divide tour - 2017 -2019. Officially the biggest tour of all time, so weird to say that, and we survived it ! A post shared by Ed Sheeran (@teddysphotos) on Aug 28, 2019 at 8:47am PDT

"I love that you guys are here and we are ending it in Ipswich. I've played to 9 million people around the world. It is the biggest tour ever. This is my last gig for probably 18 months."

The 28-year-old Grammy-winning artist then compared the feeling to a break-up. "It kind of feels like, in a weird way, that you're breaking up with a girlfriend that you've been with for years," he added.

"Thank you to everyone who has given me a chance. See you in a few years time. Thank you," he said during his final bow.

According to an E! News report, Ed also took to Instagram Stories to clear up any rumors, reiterating that he is "not bloody retiring either."

"Press are being over dramatic. I'm having 18 months off to make another album and hang out with my cats," he wrote.

The artist's decision comes after playing nearly 250 shows around the world for his Divide tour and releasing his latest album, No. 6 Collaborations Project in July 2019. On February, Ed wed his longtime girlfriend Cherry Seaborn. – Rappler.com