New 'On the Job' mini-series: 10 things we know so far

MANILA, Philippines – Erik Matti's On the Job (OTJ) changed the game for action films in the Philippines when it was released in 2013.

Back then, the genre was considered dormant, and the big studios were producing more romantic comedies, which usually fared well in the box office.

OTJ was a bold move that just happened – with the help of a major studio like Star Cinema, director Erik and his co-writer Michiko Yamamoto, producer Dondon Monteverde, as well as the star-studded cast. (READ: The odyssey of 'OTJ')

In the 2013 crime thriller, there were characters such as Tatang, a veteran killer-for-hire, who took on a protégé, Daniel, played by Gerald Anderson. On the other side, there were the likes of Piolo Pascual's Francis Coronel, Jr, an NBI agent married to a corrupt congressman's daughter, with his partner Bernabe, played by Rayver Cruz. (READ: Piolo, Gerald and Joel on the job)

Fast forward to 2016, we're set to return to that gritty, bleak world – one that was rendered with such sleek filmmaking. It was announced that a 6-part mini-series is in the works – a joint production between Hooq, Globe Telecom, and Reality Entertainment, Erik's production outfit with Dondon.

Nothing much is set in stone, as the mini-series is still in the writing stage. But Direk Erik shared some information that would give us an idea about what the mini-series could tackle.

1. Not really a sequel

One thing must be made clear: OTJ, the mini-series, is not really a sequel.

"We all know that there's a bigger world for On the Job, but not as sequels – but more as taking the idea of On the Job and bringing it to a much stronger story, mas malapot na (more layered) characters," Erik said in an interview last June 29 to promote the mini-series.

"So we weren't really entertaining the sequel, but we all knew when the series was offered […] that that's where On the Job should go."

"Hooq just came at the right time, because we were ready to do a series. We weren't ready for the sequel," he said.

2. The mini-series could take place at the same time as the film

Direk Erik said that they are mulling over having the narrative take place in parallel to the original film's timeline.

"As of now, we're thinking of this 6-part mini-series at the tail end of On the Job the movie," he said.

"While the series On the Job is tackling the media – together with it – there's the angle of the last part of On the Job happening as a nice way to introduce the [mini-series]," he also said, referring to the ambiguous scenes in the ending of the original film.

3. The mini-series will explore the media

According to Erik, the OTJ film depicted a particular sector of society: the government as seen from two perspectives, namely: the hit men and the police who are after them.

This time, the mini-series explores a different industry: the media.

"What's the sector that we felt had a lot of stories to explore? We were excited about the media in general," he said.

"It was timely because we talked about the media a year ago, but it was during this election year that that the media came [to] the forefront as a major element in how the election came about."

He also observed: "Leading up to the elections, I found out how much truth can be rewritten in social media. That's what we saw, right?" (READ: How did the presidential and VP candidates fare on social media?)

"Several websites started and they're just out to bring out misinformation, disinformation – all those."

Direk Erik looked back at the time when they were still floating ideas for the mini-series – when he encountered information about how the news is handled.

"They can actually manipulate how the audience will think of what's relevant news, even if it's not what's relevant at the moment," he said, suggesting some form of agenda-setting in the media.

"They can tell us the kind of truth that we need to know even if it's not really the truth. So that's what I'm interested in. That's a scary thing."

The director expressed his hopes that these ideas would translate well to the screen, aiming for "not just a lecture of 'where is truth into all this?' – but to wrap it up in a very entertaining, interesting story with real characters."

4. …Thus, one of the key characters is a media person

"We're picking a media person who has sacrificed the integrity of his profession," shared Erik, "but we will be following his character and see if he survives it. So you hate him for who he is, but he is in peril, so you wanna find out…"

He added that building a character like this would be interesting, as "the audience will start rooting for a not-so-nice professional person and root for him to stay alive." 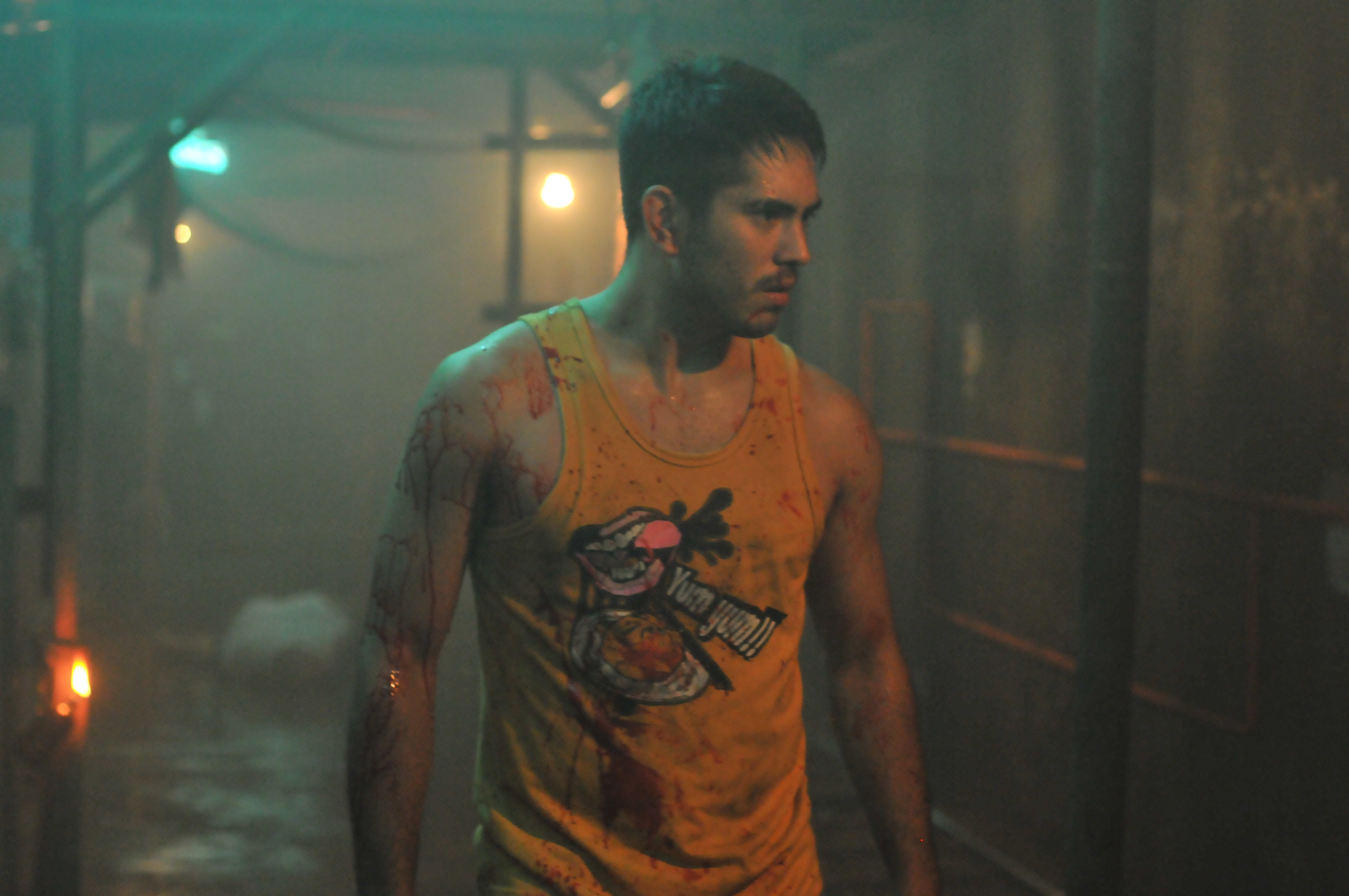 The filmmaker also admitted he has a penchant for gray characters. He said, "We love to pick a character who's really, really flawed."

He said that flawed characters have a certain effect on the audience: "When you go to the theater and watch the journey of the character, you can't help but empathize and identify with the character – which is like a nice, subversive way to get the audience to react to the film."

5. Shades of the past

The filmmaker also said that characters similar to Tatang and Daniel – that is, hitmen who regularly go out of prison – are likely to be present in the mini-series.

In a press briefing last June, as reported by InterAksyon, Erik Matti said: "The series will have an angle involving a cop, a convict turned assassin, and a new story angle which will focus on media in the Philippines and will also cover social media, video platforms, radio and all those things.

"There is going to be one big story that is going to erupt in the media industry and that’s where the killings [start]."

6. About that Rayver scene at the end...

The OTJ film left a few loose ends in the narrative that seem to be for future storylines to address.

One of them appears in the cut that screened in local cinemas – and not in the Director's Fortnight in Cannes or in the United States. It's that scene where Bernabe (Rayver Cruz) discovers Coronel's phone, which stores an incriminating piece of information that can be used against the corrupt General Pacheco (Leo Martinez). Originally, Erik Matti said, the film was meant to end with Tatang – "that bleak ending of a killer blurring his face in the rain."

About this scene with Bernabe, he shared, "Most of the time, every time I get asked in Q&A's about the ending, their question would always be, 'So what? Is Rayver working for the general, or is he going to find justice for Piolo?'"

"What if General Pacheco gets elected to the Senate?" we asked.

The director replied about this hypothetical scenario, "Yeah, that would be good, [but] we don't know yet."

7. But what about Tatang?

Then, of course, there's Tatang in the end – still alive. Direk Erik, however, debunks any notion that this automatically translated into the need for a sequel: "Yes, Joel Torre was alive at the very end, but we never thought of it as, 'Ooh, okay, we're keeping him alive in the end because we're preparing for a sequel.'" 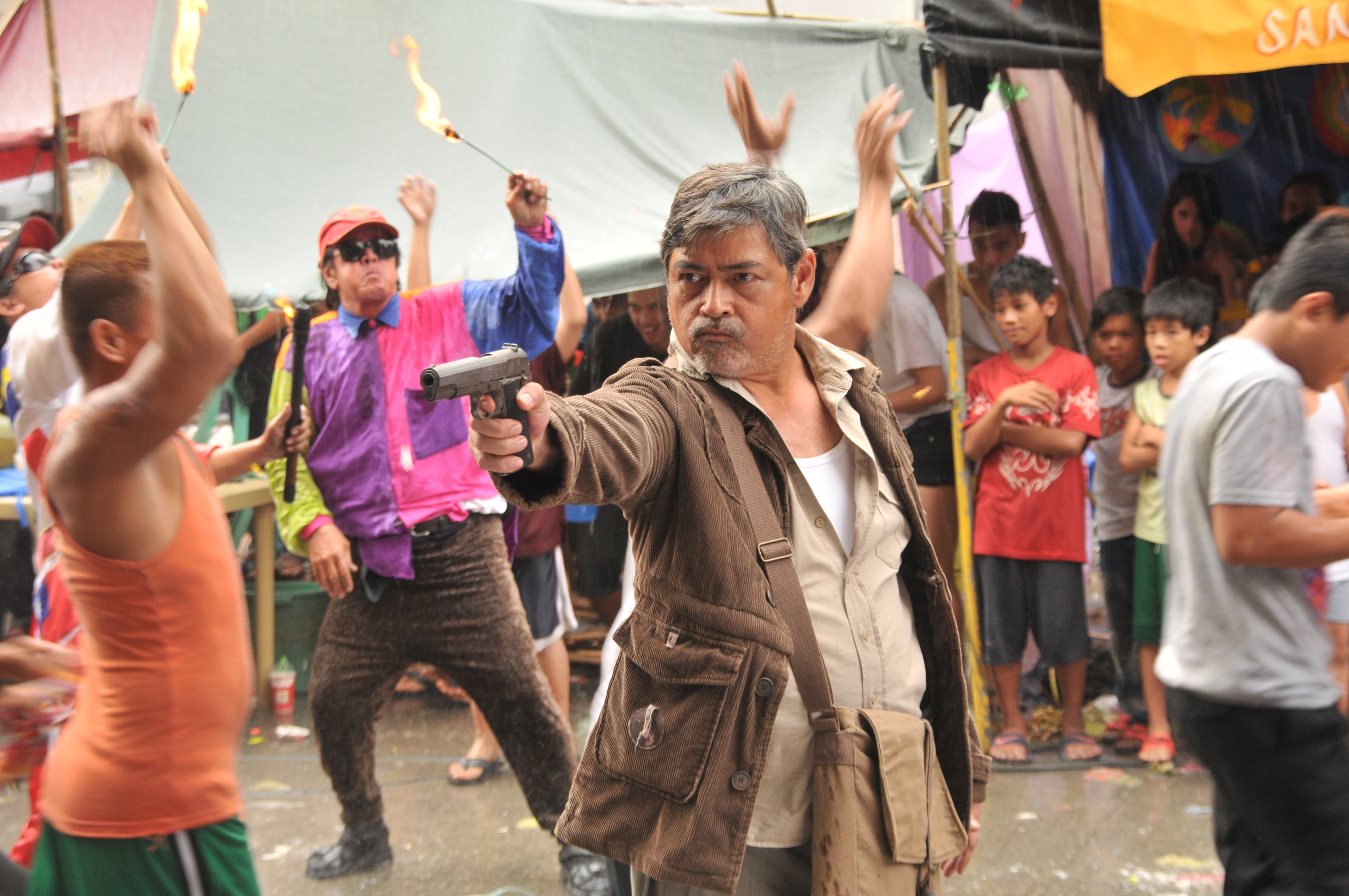 "We actually entertained bringing in Tatang in the series," the director admitted, but illustrated a risk about it: "If we're introducing a new sector in the Philippines, we're scared that everyone's focus will be left on just the role of Tatang."

"Because he was such a strong character in the first movie, and it would leave this series being a Tatang-centric [one]."

This has specific repercussions, as Direk Erik explained: "We wouldn't be able to explore other parts because we need to fulfill his story arc."

"He lost his wife already in the first one, and where else could he go? Well, it's either he leaves the prison and then find out what he does about it.

"Given the previous On the Job, where he was a major character – the series would be muddled by his character," he added. "We would be stupid not to entertain his character in the story, but then, do we want the entire mini-series to be about Tatang? Of course not."

While Tatang is highly unlikely to return given what Erik Matti said, some of the people seen in the original film may have roles in the mini-series.

"We thought of the characters that we're bringing in, so we'll see what we can bring together," he said.

The filmmaker said that casting is ongoing. "We will have an open call on the casting on some of the support roles because we would like to bring as much talent into the project as much as we can," he said. 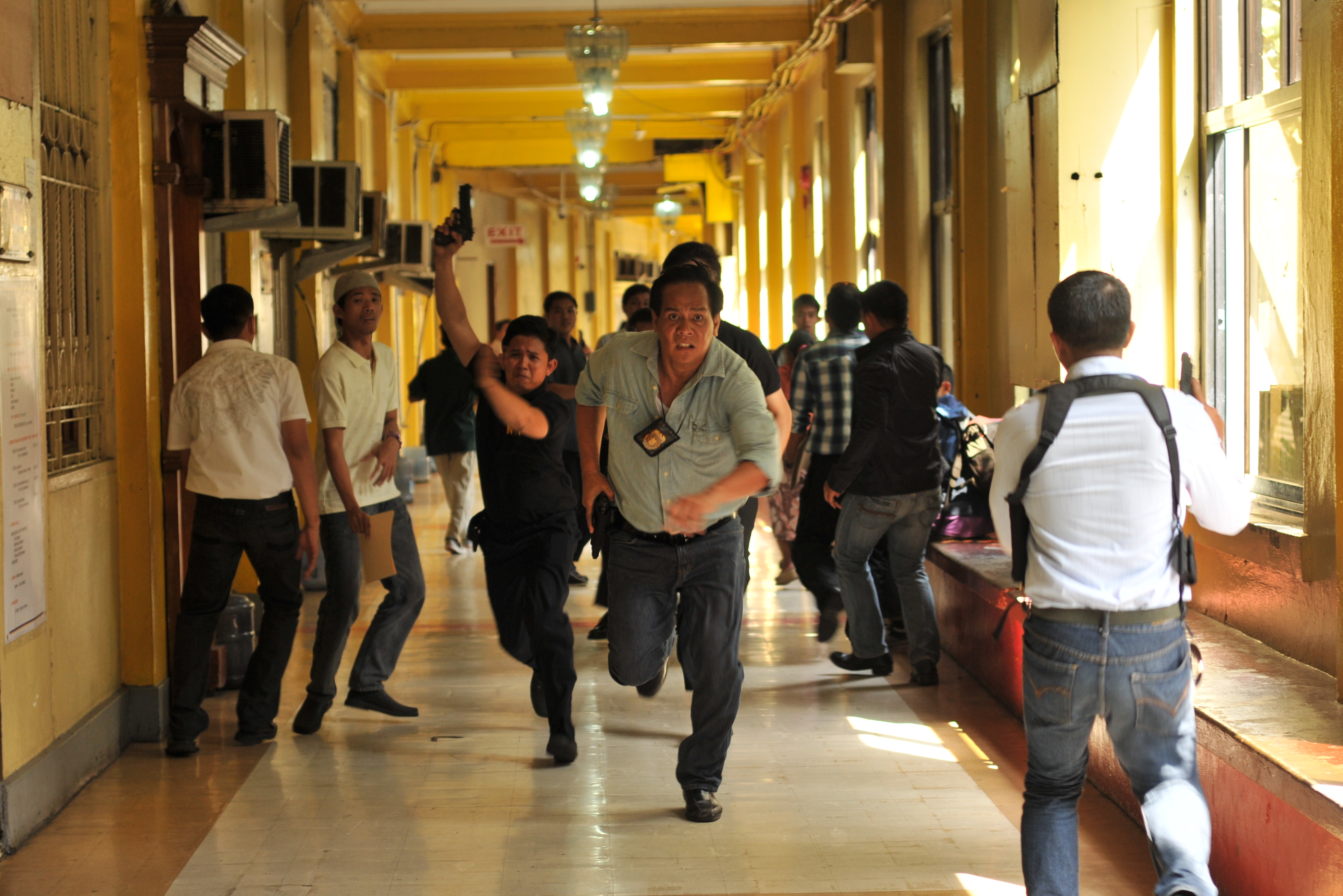 Erik Matti said that as an expansion of the original OTJ universe, the mini-series would return to some of the themes. He added, however, that the film will explore other issues.

"Corruption will play a main theme of the series, but also we will be exploring other things," he said. This includes integrity, a virtue that's often talked about in the media industry, and a "recurring theme from the original film": redemption. 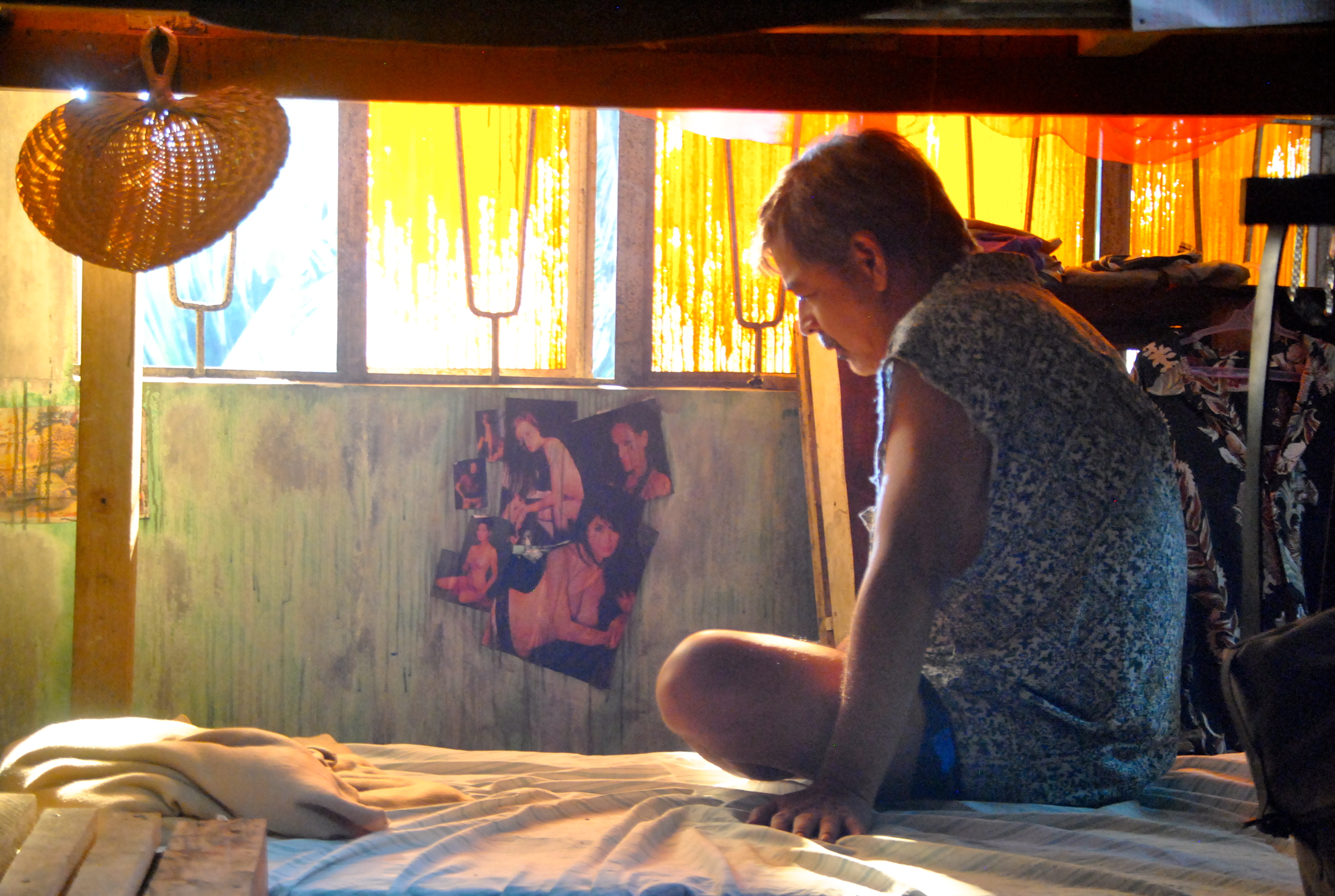 The future of the OTJ universe

Erik Matti hopes that the mini-series would serve as a launch pad, as they would want to explore other parts of the universe of OTJ.

He recounted pitching the current idea – the media – which is anchoring the story right now.

"We discussed several ideas already on the table because I didn't know which one they would love from the very beginning," he said. "So we pitched 5 ideas, and of course, we picked media. In the end, both Hooq and us agreed, we'll go for media, but then we all love the 4 remaining concepts."

"We hope everyone likes the first series because we would like the series to go a long way by tackling other sectors in the industry," he said.

Erik Matti said that production for the mini-series could commence in the 3rd or 4th quarter of the year. – Rappler.com