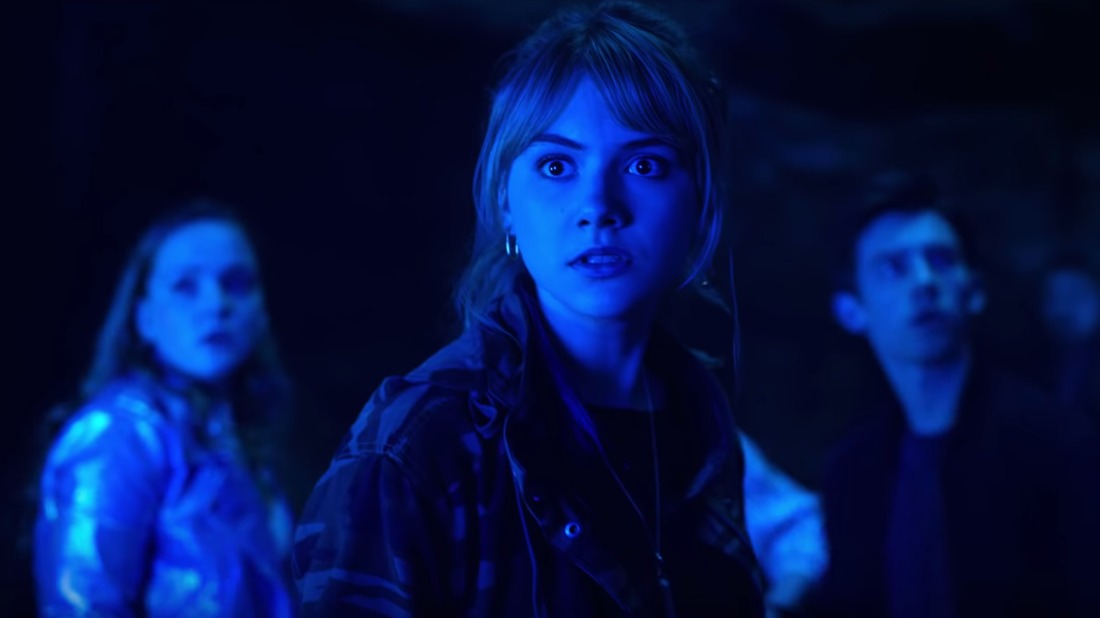 NEW SHOW. The first season of Locke and Key is a TV adaptation of Joe Hill and Gabriel Rodriguez's comic book.

MANILA, Philippines – Comic book fans have known and loved Locke & Key for a long time. And in the same way that Netflix opened the door to adaptations like Umbrella Academy, they now bring an adaptation of Joe Hill and Gabriel Rodriguez’s modern masterpiece to a larger audience.

Part of the book’s (and the series’) conceit is that it takes a family named Locke, and it puts them in an ancestral home called Keyhouse. Oh and in the book, Keyhouse was in a place called Lovecraft. They change the name of the town to Matheson – I’m still trying to see if they are trying to tip a hat to Richard Matheson – but otherwise the broad strokes of the source material cross over.

We are introduced to Tyler (Connor Jessup), Kinsey (Emilia Jones), and Bode Locke (Jackson Robert Scott), who, along with their mother (Darby Stanchfield), are recovering from a tragic loss. Their father Rendell, who was a high school guidance counselor, was attacked by one of his students. They were all around when it happened, and while only their father was killed, they now all suffer from the trauma of that violent attack. In the hopes of “starting fresh” the family moves cross-country back to Rendell’s ancestral home.

What they don’t realize is that rather than getting away from the tragedy and danger, they will find themselves in an even more dangerous place. There is a dark past there, and the arrival of the Locke children awakens an evil that Rendell thought he had left behind.

'A version that works in the medium'

One of the coolest things about the books was how they build up Keyhouse. It was, literally, a house full of keys. And these keys held various kinds of magical powers. That would have been a challenge to translate to a streaming series just because of the budget constraints in building and staging sets. For the most part though, while the show doesn’t hit exactly what the comics did, it makes a version of it that works in the medium.

But then your decision about whether to watch this show shouldn’t be based on whether it “gets it right” in terms of being accurate to the source material, but rather if it delivers a binge-able experience.

If the only question is, does this deliver an entertaining few hours, then amidst all the content available on Netflix, then I wouldn’t have any second thoughts about recommending it. It’s pretty well structured, it does great cliffhangers, it keeps the story moving along, and it gives us characters that we can actually care about. More importantly, in the moments when it can dive into horror, it does it well.

I suppose that that’s where I find my sticking point. Again, I’m aware that we shouldn’t be judging the show on its ability to deliver the same thing as the comics did. But I couldn’t help but find myself hoping that they would just go a little darker, that they would delve into the more horrific possibilities.

This isn’t to say that the show isn’t dark. It embraces its very dark premise, and in a good number of sequences, it does execute some delicious horror. It’s just – at least in the first 5 episodes offered as press screeners – it’s playing at a level that seems that it’s trying to draw in as big an audience as possible by not going too deep. I don’t know if that will change, or if I am just expecting too much given how the comics were digging into deep and disturbing territory from the get-go. It’s possible that the show is holding back but then will kick further in on the last half of the first season’s episodes. I hold out hope for that.

In addition to seeming lighter than expected, there are some adaptation aspects that give this version a very different feel. I understand the decisions, but it does also feel like some of it slows the main narrative.

In particular, the show’s first 5 episodes spend a lot more time dealing with high school drama, possibly close to as much time as we spend at Keyhouse trying to find keys and unlock cool new things. Granted that it’s the experiences at school that serve as motivation for the characters to then try and find and use keys. But there’s a sense of urgency and a sense of danger that I was looking for, especially given the show’s main premise. And yet, time passes and the characters themselves seem to lose focus on the threats surrounding them.

With all that said though, I am most definitely watching and recommending this show to friends. For all that it doesn’t align with my comic book nerd expectations or there are parts where I want “more,” I am given a lot of stuff that I wasn’t expecting and that I actually enjoy. I might find that there’s more high school stuff than I was expecting. But the supporting cast that gets built around the Locke kids at their high school are actually fun to spend time with.

There’s also a sense of discovery and a sense of wonder as the kids explore the house and try the keys. It’s these sequences that work well, and that I always wish there were more of. In that sense, it becomes clear that while the comics were horror books with fantasy elements, this adaptation is more of a dark fantasy, or a fantasy show with horror elements.

I found the first half of this first season to be very entertaining. It’s full of potential and with great performances, especially from the Locke kids. They really sell you on all that they are going through, not only as kids trying to get through trauma, but just as teenagers trying to figure themselves out. There’s just enough creepiness here to keep things exciting. And while hardcore horror fans might find themselves wanting more, there’s more than enough here to keep you watching and wanting to know more. – Rappler.com