‘The Impossible’: Guilty pleasure of another kind 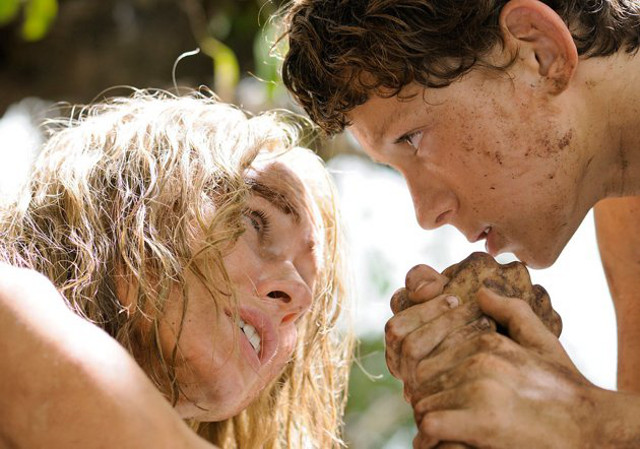 WET AND WIRED. Naomi Watts, with Tom Holland, holds on for dear life.

All photos by Jose Haro/Summit Entertainment

MANILA, Philippines - “The Impossible” is a simple enough film about a vacationing family’s firsthand experience of the December 26, 2004 tsunami in Thailand.

In the hands of disaster-movie maker Roland Emmerich, “The Impossible” would have made for apocalyptic silliness, with visibly pronounced special effects taking precedence over all else — and that would have been, yes, tragic.

In the hands of, say, actor-director Sean Penn or painter-director Julian Schnabel, the proceedings would have been infused with delicate images that suggest poetry amid the misery — and that could have made for an artier motion picture.

In director Juan Antonio Bayona’s hands, however, “The Impossible” is a more straightforward depiction of one of “countless families… whose lives were changed forever” by that Christmastime calamity 8 years ago.

Yet Bayona’s collaboration with his “Impossible” colleagues — including scriptwriter Sergio G. Sánchez and cinematographer Óscar Faura (Bayona’s same writer and director of photography for 2007’s haunting “The Orphanage”), and actors Naomi Watts, Ewan McGregor, and teener Tom Holland — has made for a thoughtful, moving movie.

The drama of trauma 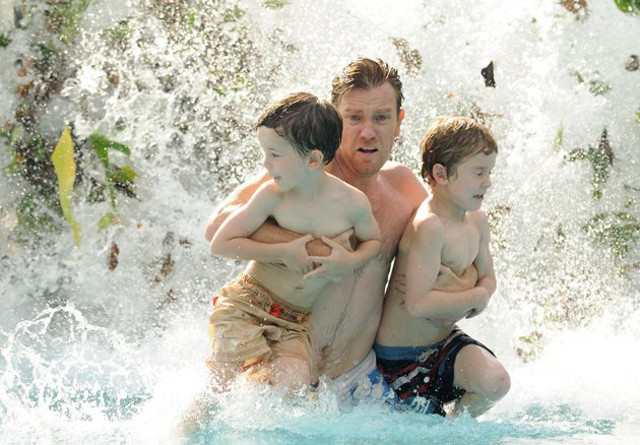 A few have griped about “The Impossible” makers’ choice of changing the original family’s nationality from Spanish (Bayona’s own race) to British and the film’s myopic focus on a Caucasian family instead of actual natives of hard-hit Thailand.

But there is actually more to praise about Bayona’s film than there are in many other theatrical fare combined.

For starters, the recreation of the terrifying tsunami — true, it’s not the first, given Clint Eastwood’s 2010 drama “Hereafter” — is executed with sheer excellence, the combined use of live and digital imagery resulting in a fascinating show of Mother Nature’s liquid fury.

Bayona and company, however, desist from exploiting the cinematic majesty of the otherwise horrible scenario, opting more for portraying what the survivors had to go through during and after the catastrophe. 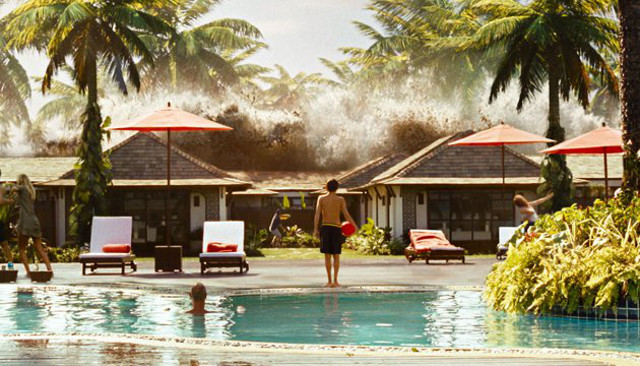 This is shown in particular through Watts and Holland, whose characters not only get swept by the torrential, out-of-the-ocean-blue nightmare, but also suffer from exhaustion and injuries due to whatever else got drowned by the mighty waves (toppled trees, infrastructural debris), and suffer the abominable plight of being parted from loved ones and consumed by the question of whether they also made it through.

Bayona and Faura likewise provide added dimension to the physical and emotional damage on display through overhead camerawork, in the process suggesting how humbled everyone and everything on the ground became in the huge wave’s wake.

And while the narrative focuses largely on the few lead characters, Bayona and Faura do manage to train the spotlight randomly on others in the tsunami’s aftermath — the riot of traumatic stillness and dreadful casualty resulting in the sometimes powerful sight of men, women, children, and even animals reduced to bad bruises and heavy tears, if not sickness or lifelessness. 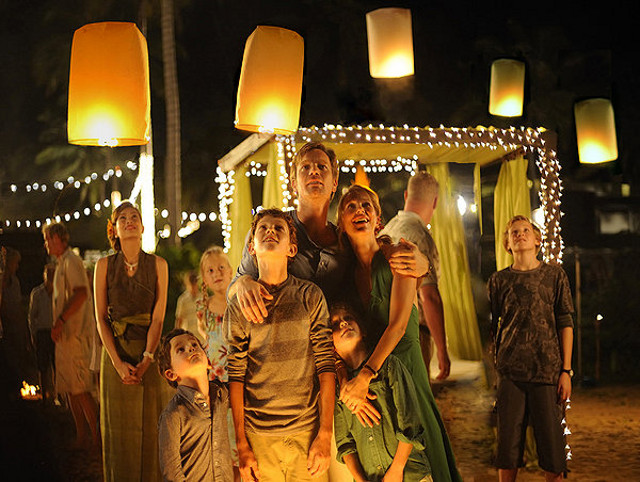 At one point, “Impossible” viewers might feel that this flick could have been okay as a made-for-TV movie, given the simplicity of its premise. Yet before you know it, this engrossing diversion’s one-hour mark has passed and asserts its worthiness as a full-length, almost-two-hour film.

The said business-conscious, empathy-aiming decision to alter the depicted family’s race to one that might seem more universal in appeal also pays off.

And at no point does “The Impossible” commit the clumsy act of showing its movie-star leads as looking faux-pitiable in the midst of the post-tsunami wreckage.

The outstanding, Oscar-nominated Watts, in particular, commits herself to the movie, right down to the expense of an exposed breast and possibly strained vocal cords. Holland, in his first movie after his raved role in “Billy Elliot the Musical,” likewise stands out, essaying a young son turned responsible adult. McGregor, who has had more offbeat roles than conventional ones like his “Impossible” bit, manages to shine here as well, as an emotionally debilitated dad.

That “The Impossible” is an entertaining movie about a real-life tragedy, with viewers who had lived through the 2004 tsunami or something like it likely to get distraught, makes it the latest in a long line of celluloid guilty pleasures: applause-worthy films about awful events.

All told, the best thing about “The Impossible” is that, on the way to its inevitable conclusion, the movie not just surveys the visible and intangible destruction wrought by its depicted disaster but also presents the human capacity for solidarity once stripped of life’s shallow trappings.

Ours might be self-indulgent, technology-engrossed times, yet as the true-to-life “The Impossible” shows, when we’re down to the barest essentials, humanity’s ability to extend genuine goodwill will suddenly rise to the occasion. - Rappler.com

('The Impossible' opens in the Philippines on January 23.)