MANILA, Philippines - Joanne Jett Galindo has set her sights on conquering the field of audio engineering. The young Filipina left for the US in 2009 to pursue formal studies at the Berklee College of Music, graduating in 2012 with a degree in music production and engineering, minor in acoustics and electronics.

“It's been a whirlwind of events since then,” said Jett.

“I immediately got an internship in Avatar Studios in Manhattan, New York, in August, 2012. During my internship in Avatar, I got to witness the production of Paul McCartney's latest album, ‘Kisses on the Bottom,' Bobby McFerrin's ‘SpiritYouAll,’ the scoring of the TV series 'Smash' and 'Boardwalk Empire,' among others. Around this time, I also got hired by Grammy-winning producer David Kahne (Paul McCartney, Regina Spektor, Tony Bennett) to sing background vocals for the EP of an upcoming pop rock band, Basic Vacation.” 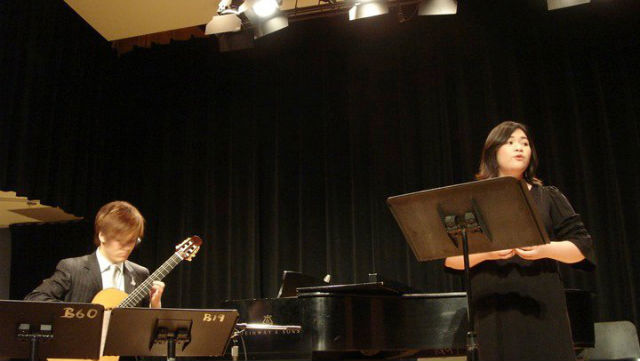 Singing and producing come naturally for Jett, who comes from a family of musicians

Jett was always musically inclined, having been raised in a musical family. Her parents manage the band Aegis and are musicians themselves.

And yet, Jett and her siblings were initially discouraged by their parents to pursue any career in music, as they saw the difficulties in this field.

“So I took psychology at Ateneo de Manila University,” Jett said. “I also grew up being passionate about technology. With my dad's encouragement, I taught myself graphics design, web design and development, video editing, etc. Sometime after my first US tour with the Ateneo College Glee Club in 2004, I knew I wanted to pursue music. But it just felt perfect to combine music with my love for technology. Sound engineering was the clear future for me.”

It looks like Jett already has it made. The impressive rundown of famous names can be misleading though. The road was much bumpier than she had anticipated.

There's the fact that Jett is a woman. 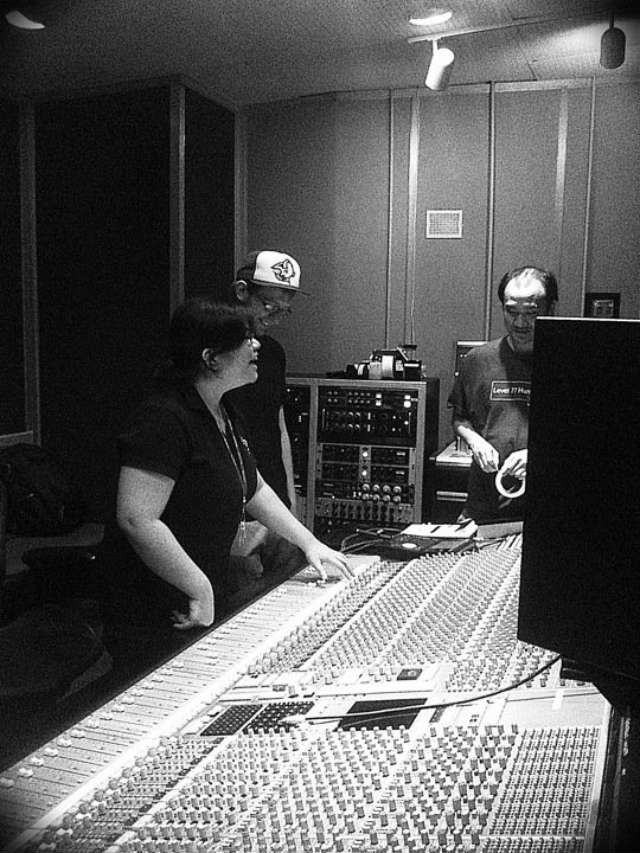 Jett often finds herself surrounded by men in her field

When she learned that there was a mentorship opening at the Jesuit Communications Foundation (JesCom) recording studios, she grabbed the chance.

At that point she was already teaching multimedia to students and pastoral workers at JesCom as a multimedia training coordinator, but she was bent on embarking on the audio-engineer path.

“The man who was hired to train me in the recording studio wanted to back out when he found out that ‘Jett Galindo’ was actually a girl. But at that point, he's already been paid to train me. So I had to work extra hard just to prove I deserve to be there. My mentor eventually became a really good friend of mine and I still keep in contact with him to this day about my progress. He can safely say that I'm the most successful sound engineer he's even trained.” 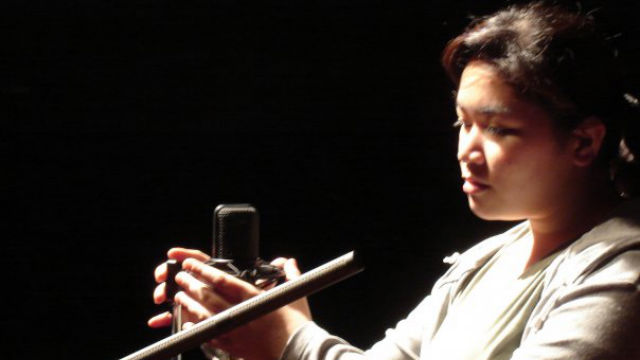 Jett shares that just because she's a girl, she had to work harder to prove herself

The experience ended on a positive note, thankfully, as Jett credits it to her start as a sound engineer

“My first official gig was with the Loboc Children's Choir and the UP Singing Ambassadors for their 2005 Christmas album. I ended up working in JesCom for 4 years before I embarked on this audio-engineer journey in the US.”

Jett said the industry still needs to make room for more women - or perhaps to get more women interested.

“Audio engineering still continues to be a field that is largely underrepresented by women. According to Women’s Audio Mission, women currently only make up 5% of audio engineering professionals here in the US. But the numbers are slowly but surely improving with the help of existing support groups and organizations that encourage young girls to pursue engineering careers. The same thing applies in the Philippines. That's why I have mad respect for the few women in our local recording industry who are thriving, like Aji Manalo [Lea Salonga, Gary Valenciano, Martin Nievera, etc.] and Hazel Pascua [Sugarfree, Sandwich, Imago, etc.].”

Deciding to take things more seriously, Jett packed up for the US to pursue formal studies.

“There were no formal audio-engineering schools back then in the Philippines. So I knew I had to study abroad eventually,” she said.

Jett’s choice of school was the prestigious Berklee College of Music, which has programs in music production and engineering. 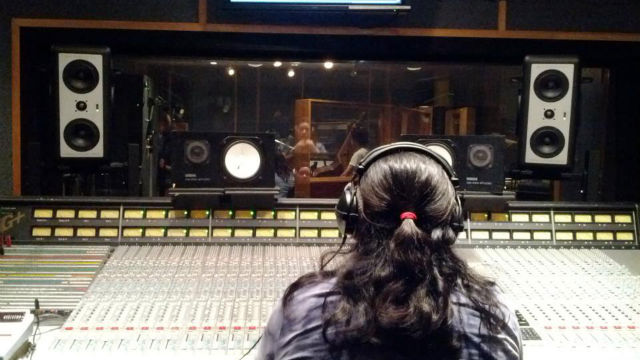 Jett's school expenses didn't come cheap, but that did not stop her

“Perhaps the hardest thing about pursuing a formal audio-engineering degree was the finances,” Jett said. “My family couldn't afford the tuition. So I had to [avail myself of] as much scholarship as I could. For the rest, I had to take out a student loan which was cosigned by a relative who believed in my dedication. I almost couldn't go to Berklee because of the finances, but my friends and relatives have been very supportive from the start.”

To help with the financial requirements, Jett worked around the campus as a part-time web and graphics designer for the school's online learning resources site.

It didn’t get easier after graduation. Since Jett was an international student, she had more concerns to address, besides the usual questions of employment fresh grads face.

“There are many things that international students have to worry about after graduating. Strict immigration policies, finances, living situation. The whole job hunt is a nerve-wracking process for every graduating student.”

It was almost okay. Jett had a job waiting for her as a recording engineer for the Aspen Music Festival in Colorado. “However, because my Employment Authorization Card didn't arrive on time, I had to give up that job opportunity. I had to consult with the Berklee audio-engineering department for leads in getting a job.”

Then came a series of ups and downs that Jett stubbornly plodded through.

Through the help of the department chair at Berklee, she was recommended for an internship opportunity in Avatar Studios. Having little to no money by then, she lived with relatives in faraway New Jersey, and commuted every day, "so I could get to Avatar Studios in New York by 8am."

She bought a bike instead of taking the subway to save on funds - only to find her bike stolen after two weeks, which forced her to take the subway anyway. 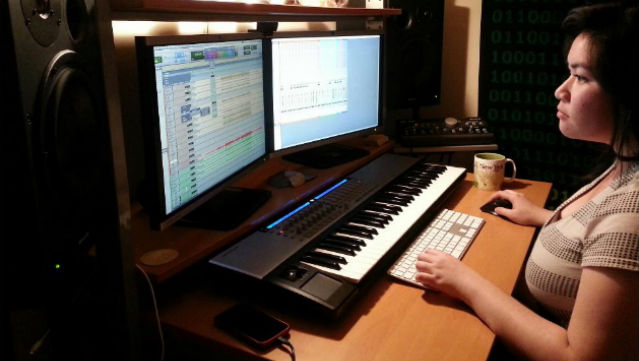 And then, Hurricane Sandy shut down who the subway system from New Jersey to New York. “So I had to ride a ferry and walk to work for a while. I'm proud to say that I was never late or absent in my whole 3 months of Avatar internship despite all these challenges.”

Eventually, the perseverance began paying off.

Jerry Barnes, one of the resident producers of Avatar Studios, took notice of Jett’s work.

“[He] noticed my hard work and enthusiasm and hired me on the spot right after to be his full-time recording engineer in December 2012. Being Jerry Barnes' engineer for 8 months, I was fortunate to work with a lot of distinguished artists, one of them being Roberta Flack. There was even a time I got to jam with Roberta Flack on a classical piece, ‘O Mio Babbino Caro.’ Being a music teacher before she became a celebrity, she was delighted to hear that her engineer was a soprano too.”

As fate would have it, Jett had to leave New York within a month of getting work at Avatar.

“I got offered the position to be the Second Engineer to audio-mastering veteran, Doug Sax, at the Mastering Lab in California. My boss is credited for being the founder of the first independent audio-mastering facility in the world. Credits include the entire Pink Floyd catalogue, Barbra Streisand, Diana Krall, Paul McCartney, etc.”

Today, Jett works with Doug Sax on the final stage of music production (i.e. mastering). “We do the final sonic treatment to mixed recordings so that it gets released at its optimum quality. This requires a lot of critical listening but it's highly satisfying to hear music at its best form, played back at the best monitoring environment possible. For a music lover like me, this is the best job I could possibly get.”

Her current project? "Working on the mastering of Kenny Rogers' upcoming album with my boss, Doug Sax." 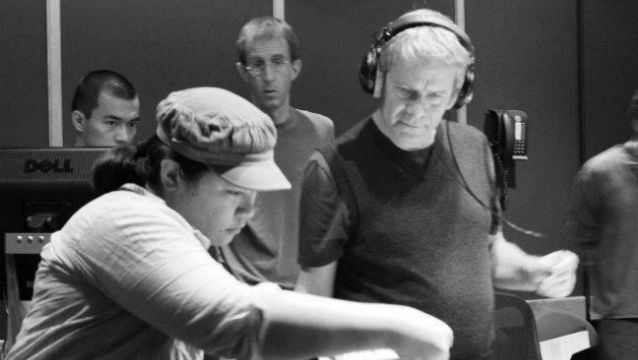 THE BEST IN THE FIELD.

The future back home

Jett is determined to be the best audio engineer she can be, to be a sought-after sound engineer regardless of gender.  Her current work in The Mastering Lab is a significant step in this direction.

“It still feels surreal at times to be working with these amazing people, but it pushes me to constantly strive for the better.”

But Jett hasn’t forgotten her roots, and constantly mentions that she wants to “give back to the local audio industry and get directly involved with the betterment of sound in the Philippines. Even in the US, camaraderie among fellow Filipino musicians remains strong. I constantly get involved with sessions produced by fellow Filipino artists, one of them being the Philippine Madrigal Singers.”

She dreams of having her own Grammy one day, but Jett sees a much bigger picture.

“I've always thought that it defeats the purpose of my studying abroad if I don't contribute at all to the development of audio production in the Philippines. And that's what I'm striving for in the long run. Whatever strategy that would entail will eventually unfold once the moment is right. Down the road, I hope to get involved with engineering for musicians in the Philippines and also to continue educating people about music and audio.” - Rappler.com 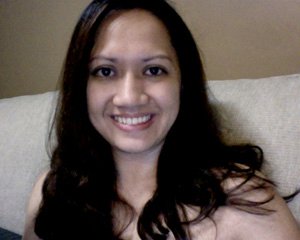 Candice Lopez-Quimpo is a writer-editor who enjoys being a hands-on mom. While she constantly looks for stories to tell and collaborations to explore, she often finds herself pondering about the curiosities that come with everyday life and the happy mayhem brought about by a growing family.