When my sister Marilou Eplite came home recently from the United States, she wanted to go a beach resort far from Davao City.  Her two requirements: white sand and not too many people.

So, I brought her to a beach resort in Banaybanay, Davao Oriental.  My two other sisters went with us on the said trip, which took us about 5 hours from Davao City by bus.

True enough, we had the whole resort to ourselves. It was a Monday and so there were no people around. At night, we had good time talking with each other. It was bonding time at its best.

The following day, since it was still too early to go back to Davao City, we decided to proceed to Mati City. “It’s only about an hour from here,” I told them.

When we got there, we immediately went to Subangan Provincial Museum, an interactive, state-of-the-art museum that features treasured relics, photos, videos, interactive visuals, documents, and textiles from the province of Davao Oriental.

Davor was the first thing we saw; it was so huge that it won’t fail to amaze you. From there, we followed a ramp that brought us to the upper level. We were greeted by the Mount Hamiguitan Interpretation Exhibit. On display were the unique 100-year-old bonsai trees which grow in ultramafic soil. 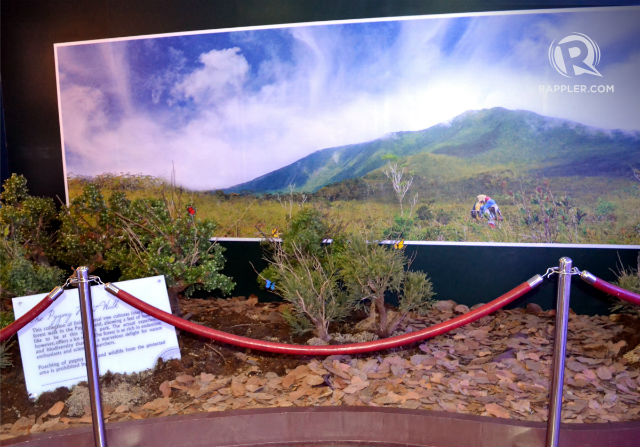 For the trivia fanatics, the Mount Hamiguitan Range and Wildlife Sanctuary was included in the United Nations Education, Scientific and Cultural Organization’s World Heritage Inscription last year. It was in this reserved area that an eagle was released but killed two months after it gained her freedom. 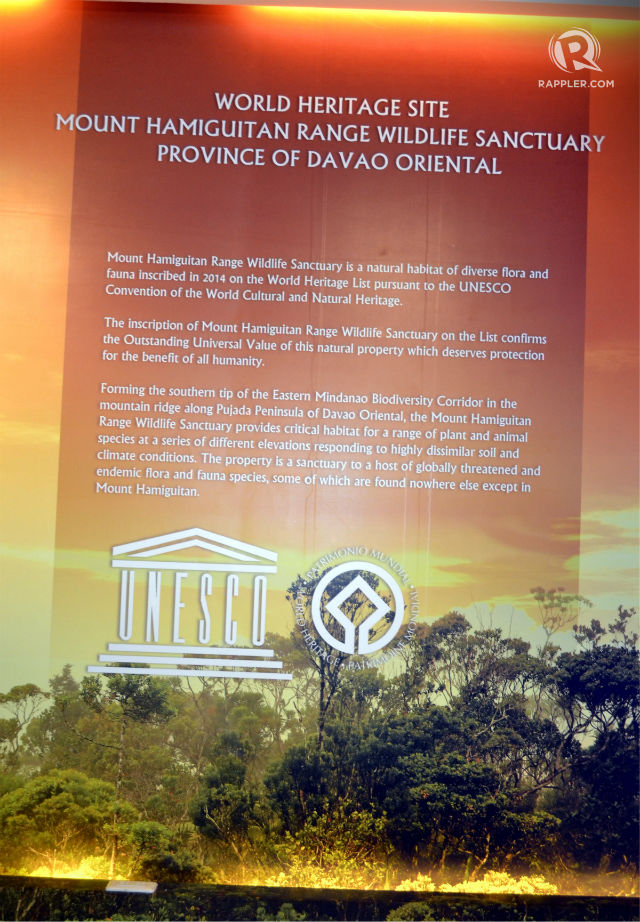 My sister Evangeline could not resist going to another display, a wall with different photos of terrestrial biological diversity (biodiversity) that can be found in the province (some of which are endemic).  Yes, there was also an interactive display of Philippine eagle. 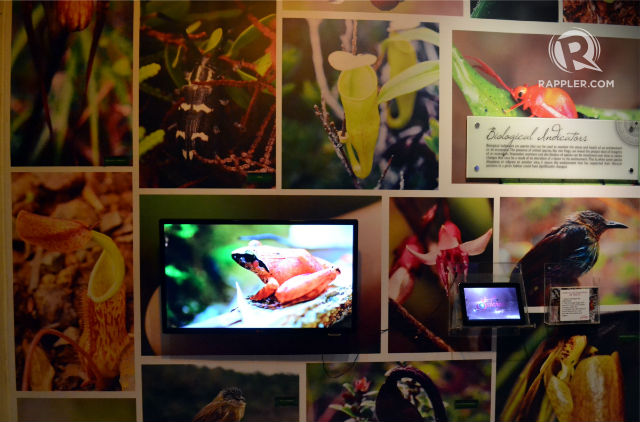 BIODIVERSITY. The Subangan Museum has an exhibit of the terrestrial biological diversity that can be found in Davao Oriental. Photo by Henrylito D. Tacio/Rappler.

Then, we had the pleasure of walking as if we were in a real forest. While walking, photos of watersheds, those important rivers and creeks found in Mount Hamiguitan were displayed all over. “The crystal clear water of Puting Bato Falls located in the upland range indicates the undisturbed watershed reserves of Mount Hamiguitan,” said an inscription posted on the wall. 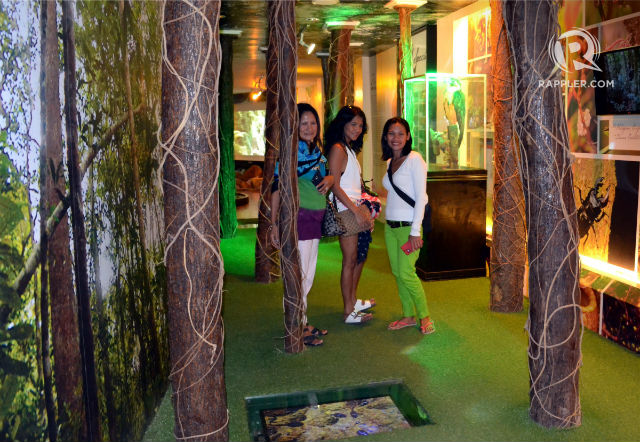 UNDER THE FOREST. This exhibit was designed to look like a tropical forest. Photo by Henrylito D. Tacio/Rappler.

We walked further and then took a closer look at the photos of other waterfalls and lakes found in the province. Famous among the featured waterfalls is Aliwagwag Falls of Cateel. It has a series of 84 cascading falls that appear like “a stairway to the sky.”

On the left side was the mangrove ecosystem. As the province is facing the Pacific Ocean, mangrove forests are scattered all over. Mati City, the province’s capital, is known for its Guang Guang Mangrove Forest.

As we got to end the tour at the upper level, we came to the place where different stalagmites and stalactites were displayed. Artifacts, jars, and porcelain and pottery were found inside the Saoquegue Cave in Caraga.

Now, it was time for us to see photos of various tourist destinations of the province. Heading the list was Dahican Beach of Mati City. It is characterized by white sand and often strong wind making it ideal for wind and board surfing. Two Burias islets were included; those of San Isidro and Banaybanay. 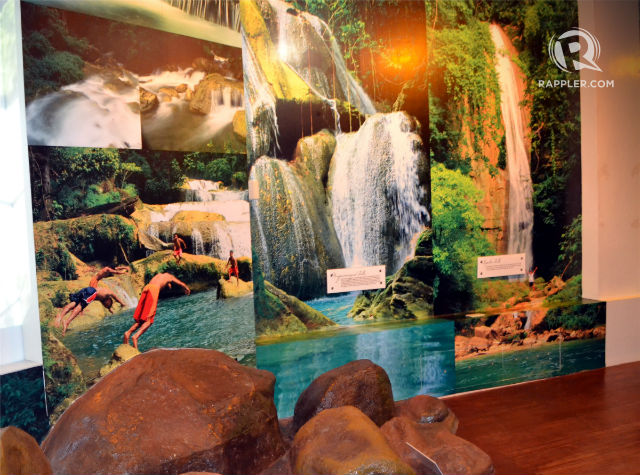 Davao Oriental is dotted with majestic islands; to name a few: Waniban, Pujada, San Isidro, and Cabuyao.  These are not only good for swimming but also for snorkeling, boating, and hideaway.

The last section was allotted to historical heritage. Here, we got to see themed exhibits of Davao Oriental’s history and people. Another trivia matter: About 300 years ago, the province was merely a part of Caraga province, forming part of the Encomienda de Bislig with the Encomienda de Seargao, Butuan, and Tandag. 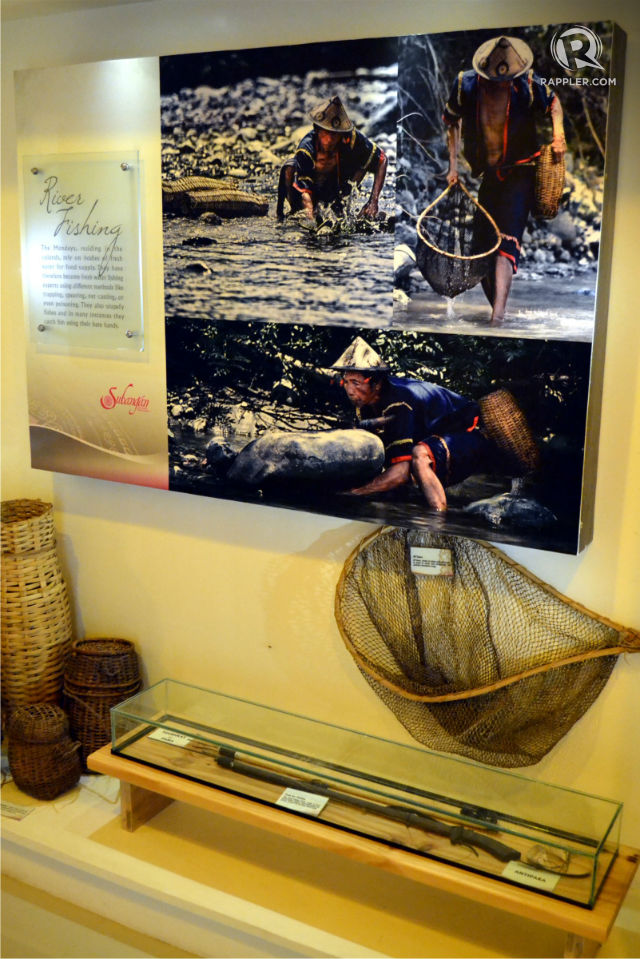 FISHING METHODS. The methods of fishing used by the older folks. Photo by Henrylito D. Tacio/Rappler.

After doing so, we went using the ramp. Our first stopover was the cultural heritage section, which is devoted to the province’s cultural legacy and featuring the prominent tribal groups, particularly Mandaya and Kaagan/Kalagan.  The Mandaya village is located in barangay Pichon, about 65 kilometers away from the poblacion of Caraga. 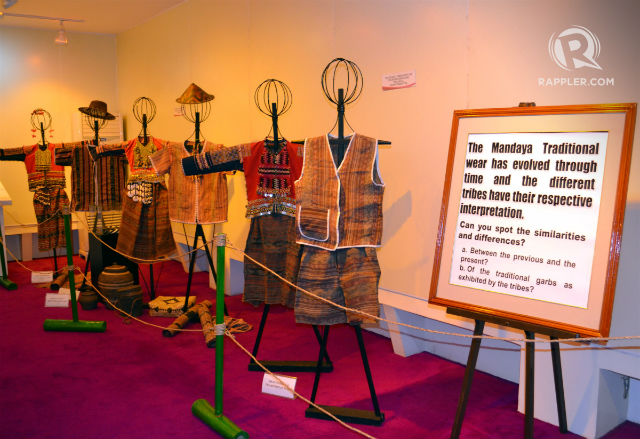 What we almost failed to see was the section where photos – hundreds of them – of the aftermath of Super Typhoon Pablo (international name: Bopha), which hit the province. 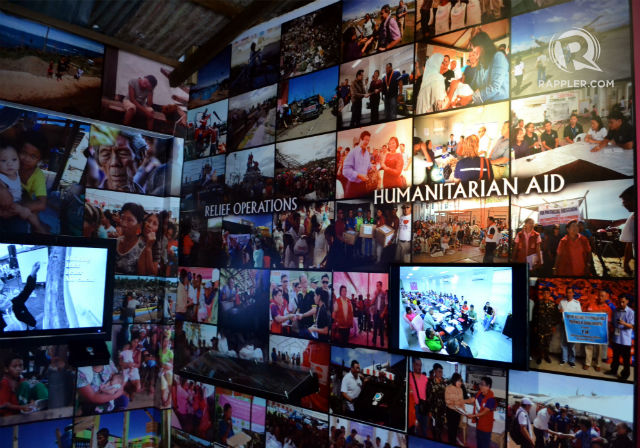 TYPHOON PABLO. There were hundreds of photos of the aftermath of the typhoon at Subangan Museum. Photos by Henrylito D. Tacio/Rappler.

If you’re looking for something to drink or to buy some souvenirs, don’t go too far. Outside the museum are gardens, café and a souvenir shop.

Subangan is located at the Provincial Tourism Complex in barangay Datu Martin Marundan,  It has a floor area of 1,000 square meters on two levels and was designed by Architect Edmundo Viacrucis. – Rappler.com

When it comes to sights and sounds, Davao has some of the most vibrant, tourist-friendly spots you could ever find in the Philippines. If you are planning your trip to the city, be sure to check out these awesome treats for discounts on air fare and accommodations.