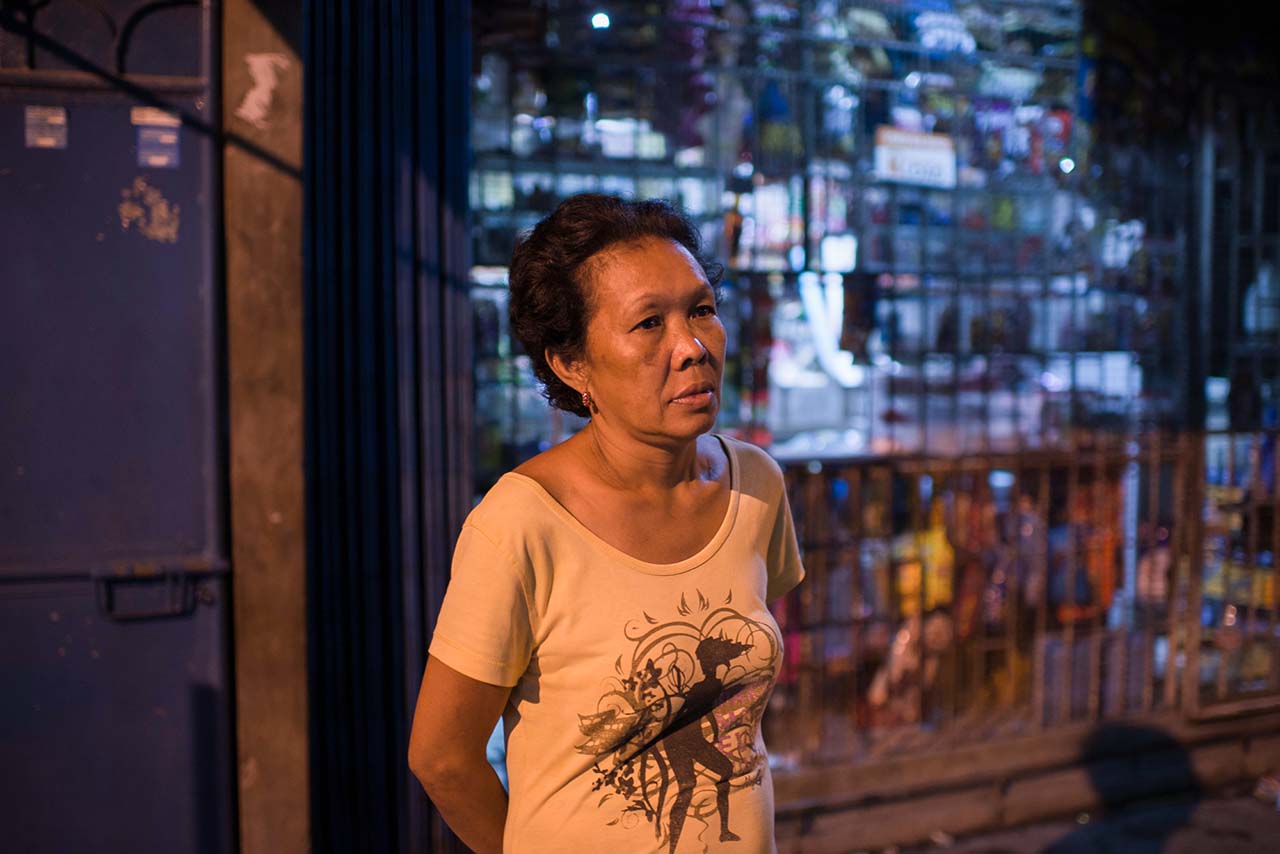 IN SEARCH OF. Lina Gabriel has been looking for her 14-year-old son Reynaldo de Guzman for the past two weeks. He was a friend of Carl Arnaiz.

MANILA, Philippines – Ever since Grade 5 student Reynaldo de Guzman went missing, his mother Lina Gabriel has not had any decent sleep.

Reynaldo, 14, also called "Kulot" was last seen with Carl Angelo Arnaiz on the night of  August 17.  Arnaiz was the teenager who was killed by policemen who accused him of robbing a taxi driver along C3 road in Navotas on the same evening.

Kulot worked as an informal laborer or what they call a "helper" after school hours, delivering water containers, and carrying sacks of cement in the neighborhood from time to time. He worked to augment his daily allowance of P30. That measly allowance, he told his mother, was only enough for travel fare from home to his elementary school in Maybunga, Pasig City.

His mother said Kulot had no vices. He was only fond of hanging out with friends until the village curfew at 10 pm. Lina said the extra money Kulot earned from "working" was sometimes spent treating friends to snacks in school or while hanging out. Kulot was generous to friends, she said.

For over two weeks now, Lina has been searching for Kulot – going around police stations, social welfare department offices, and funeral parlors in Cainta, Antipolo, and Caloocan. She also plans to go to Navotas City. Where in that city, Lina does not know. She is absolutely clueless on her son's whereabouts.

Although the two boys were last seen together, Lina claims that Carl was not among her son's many close friends. She said she has seen Carl, but did not know him very well. Carl's sister also claims to have known Kulot, but only by face.

Until now, Lina wonders why Carl and Reynaldo were together on that fateful night. The last thing she remembered was that Kulot asked permission to grab his clothes in the basketball court in the barangay – only an alley away from where they live.

Since then, she has not seen nor heard from Kulot again.

“Kung maririnig niya man ako, sana umuwi na siya,” Lina said, tears  streaming down her face. “Makauwi man lang siyang buhay, mayakap ko man lang siya.” (If he can hear me now, I hope he comes home now. If only he can come home alive, so I can hug him.)

Lina said she prays that she will find Kulot when she continues her search in Navotas.

“Ang susunod ko, Navotas, pero sabi nila sa akin, huwag akong pupunta mag-isa. Delikado daw, baka mabaril na lang ako bigla (I will go to Navotas  next, but they told me not to go there alone. They told me it's too dangerous, I might get suddenly shot). – Rappler.com