MANILA, Philippines (UPDATED) – Traffic went to a temporary halt in the intersection of EDSA and Aurora Boulevard in Cubao, Quezon City, on Monday morning, April 23, as supporters of the National Democratic Front of the Philippines (NDFP) held a 30-minute lightning rally to commemorate the revolutionary front's 45th founding anniversary.

More than 100 people carrying flags of the NDFP and the Communist Party of the Philippines (CPP) blocked the busy intersection and called on the people to rally for the resumption of the peace talks and to join the New Peoples Army (NPA) in their armed struggle in the countrysides.

In November 2017, President Rodrigo Duterte signed Proclamation 360, terminating the government’s peace negotiation with the NDFP-CPP-NPA. Duterte also ordered the Office of the Presidential Adviser on the Peace Process and the government peace panel to cancel talks and meetings with the Left.

The President changed his tone on April 4 by ordering his men during a Cabinet meeting to support the resumption of talks with communist rebels responsible for Asia's longest-running communist insurgency.

In a statement, exiled CPP founding chairman Jose Maria Sison said they are ready to resume peace negotiations and finish draft agreements that were stalled. Sison, the chief political consultant of the NDFP said, "We in the National Democratic Front of the Philippines welcome the recent statement of President Rodrigo Duterte, [expressing] openness and readiness to resume the GRP-NDFP peace negotiations. We are likewise open and ready to resume the peace negotiations and expect the GRP and NDFP negotiating panels to meet as soon as possible in order to make a significant advance on the basis of the drafts prepared on October 4, 2017."

Here are the photo highlights of the NDFP's anniversary rally: 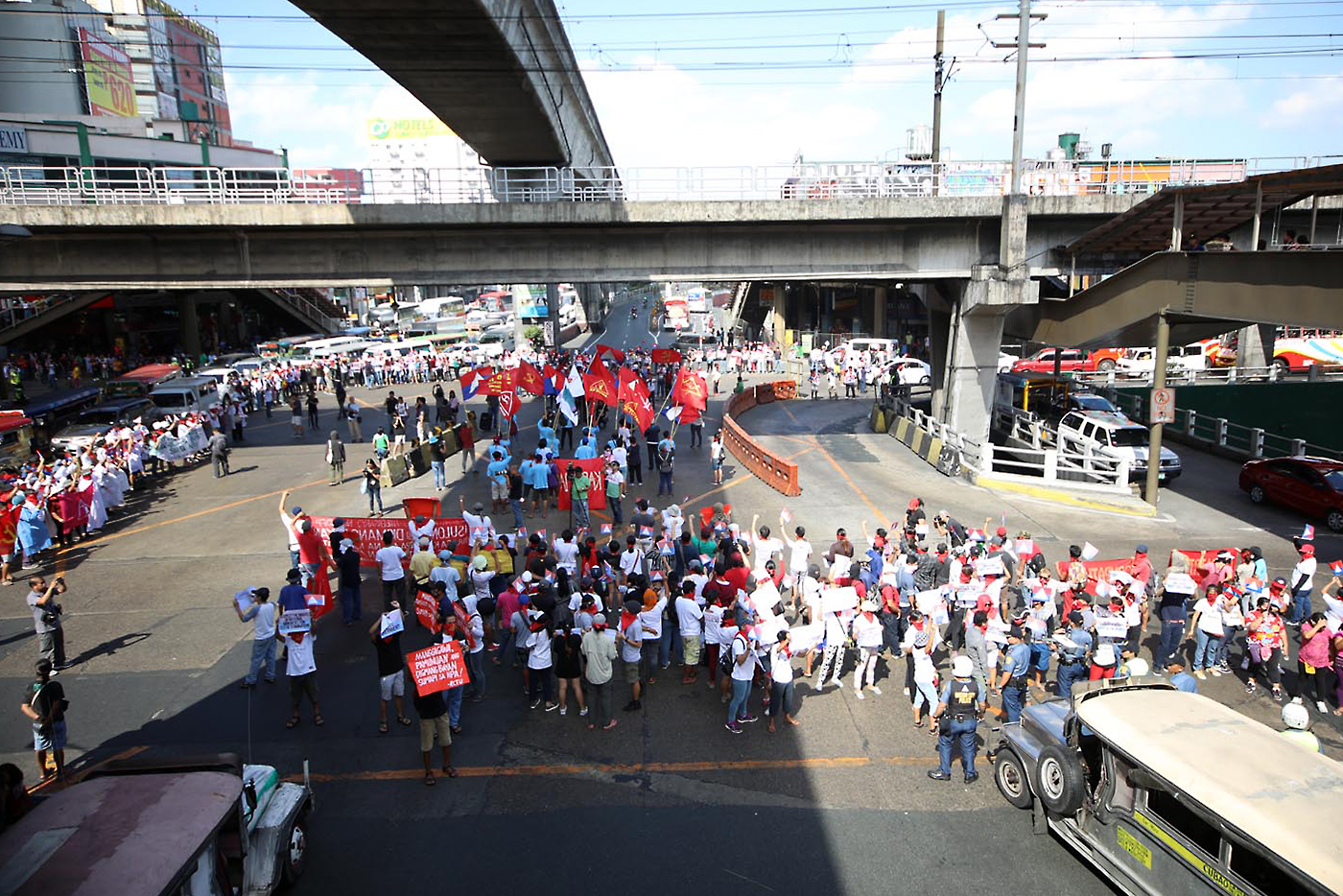 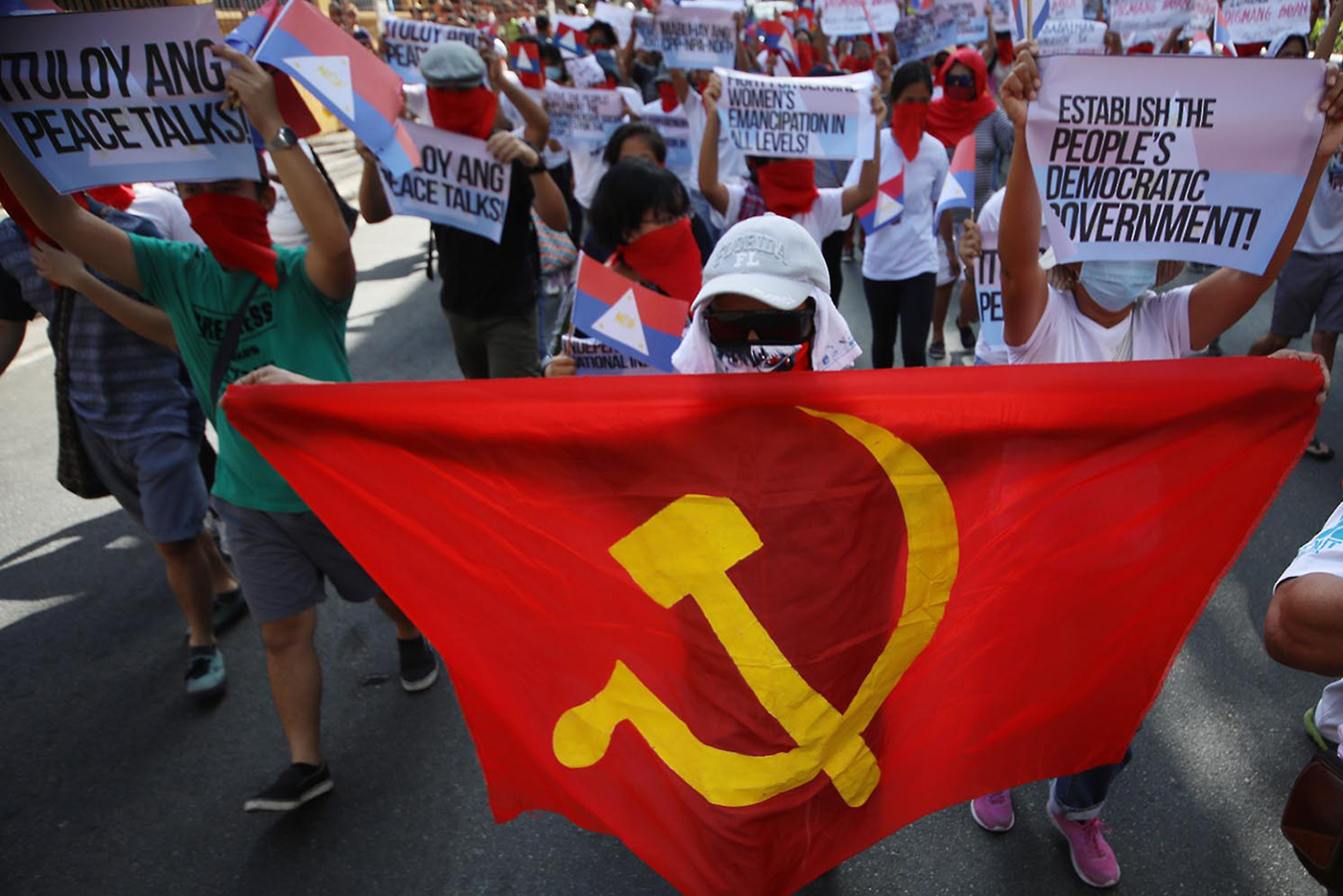 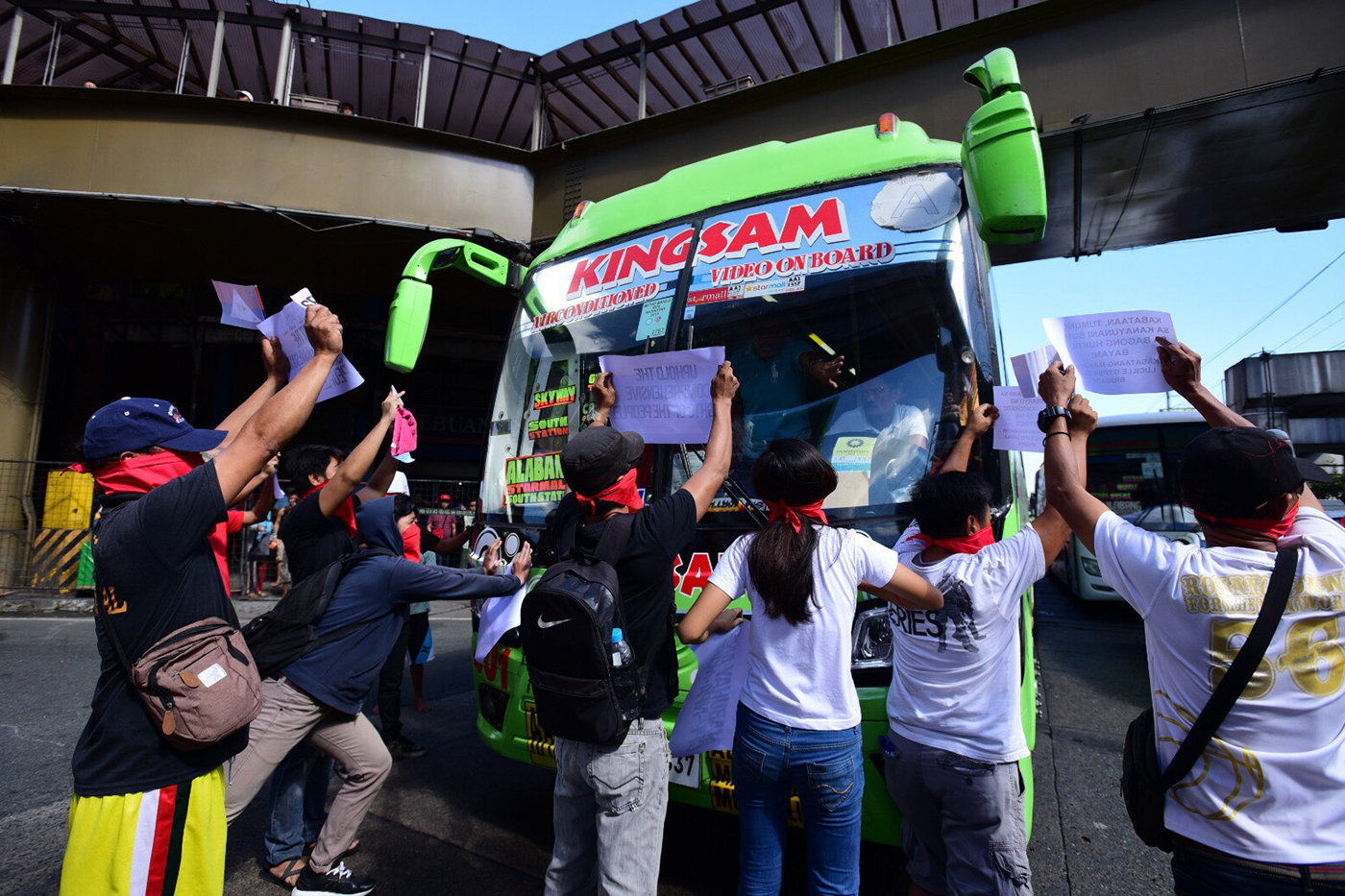 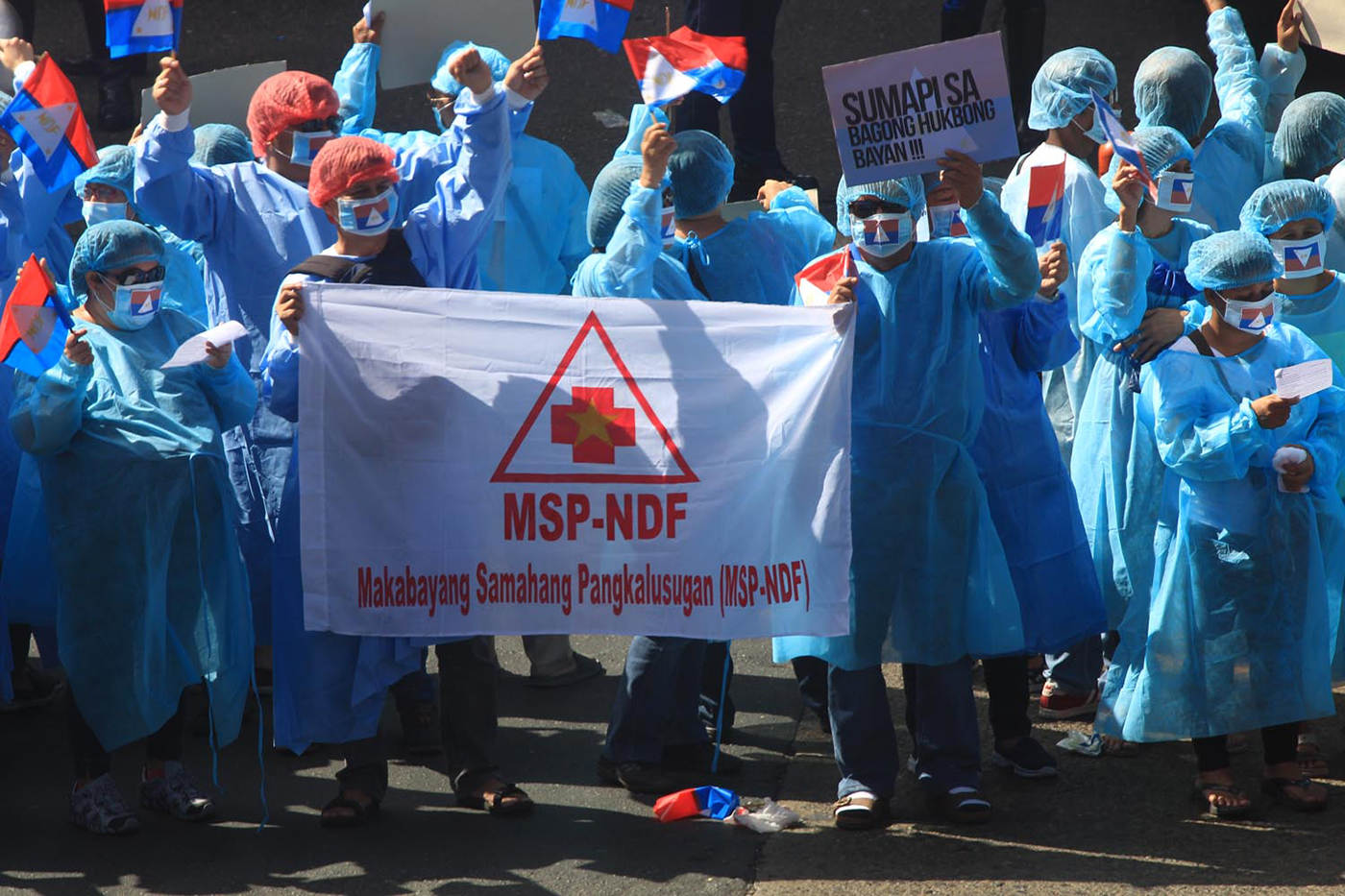 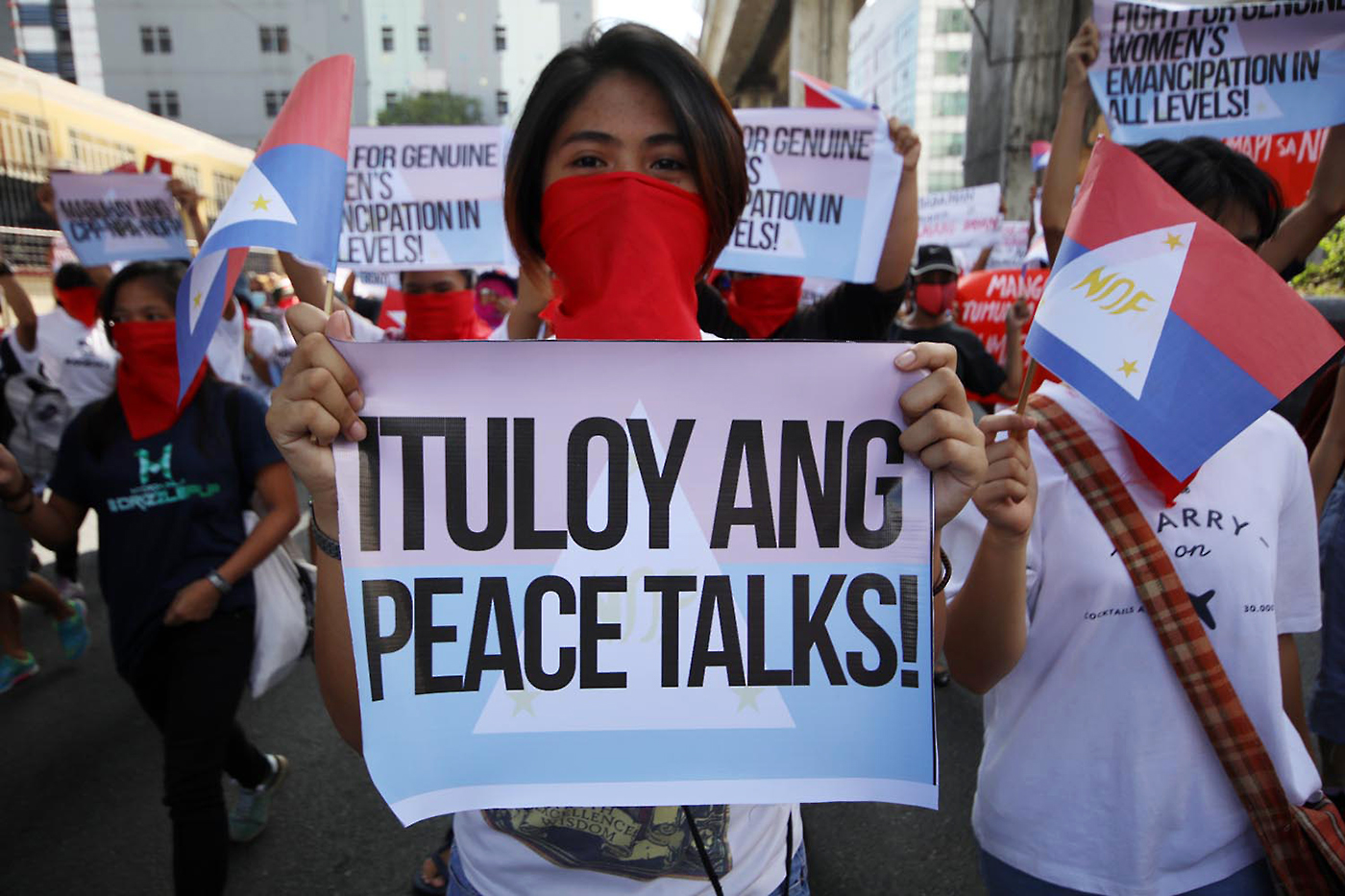 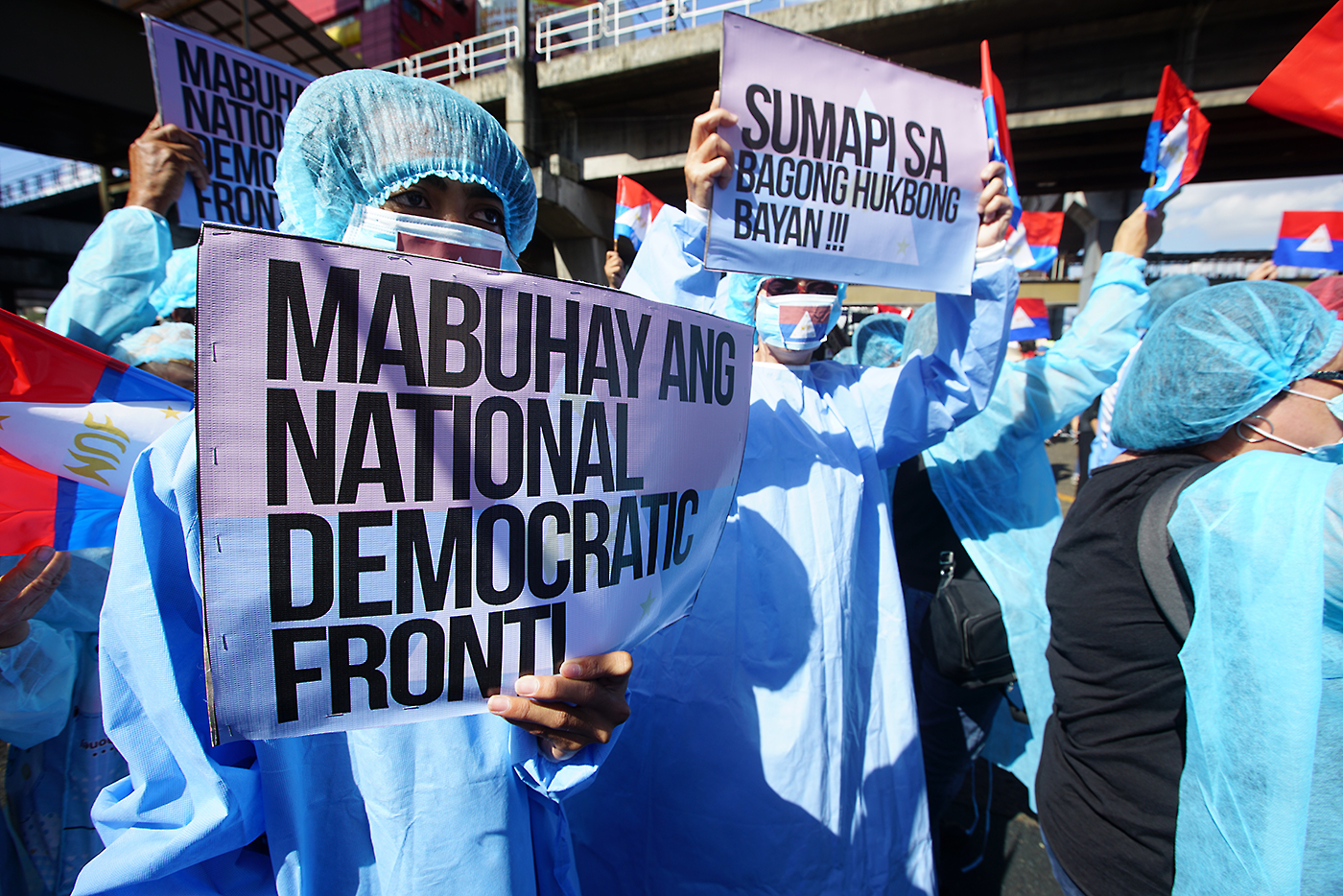 The military took the demonstrators to task for allegedly causing inconvenience to motorists on Monday.

"Disruption of traffic and public activities has been a constant doing of the communists and their front organizations; and its outcome has always inconvenienced hardworking individuals,” the Armed Forces of the Philippines said in statement.

It recalled that, last March 29, the Left’s rally in Mendiola, Manila, in time for the NDFP’s anniversary, "also caused heavy traffic.” They supposedly also "blocked traffic in EDSA” during a March rally in 2017.

The AFP said the NDFP supporters’ activities were an "abuse of the democratic space." – Rappler.com