The Philippines registered a 6.8% economic growth at the close of 2016, making its growth at par with China, and still one of the fastest in Asia. That's one bright spot this Thursday amid some major bad news: the country's ranking in the global corruption index worsens; an OFW is executed in Kuwait, her death announced by the Philippine government only on the day itself; some congressmen making it sound like a compromise of setting the age of criminal responsibility to 12 is any better; and the former President Benigno Aquino III coming out of hibernation to answer his successor's tirades, but making claims that are contrary to the results of two earlier probes into the botched Mamasapano operation that killed more than 60 Filipinos, including 44 elite cops. In the United States, the new president, Donald Trump, makes good on a major campaign promise: he orders that a wall be built on the border to prevent Latin Americans from entering the US.

Here are the big stories you shouldn't miss:

Overseas Filipino worker Jakatia Pawa was executed Wednesday, January 25, even as she asserted innocence in the murder of her Kuwaiti employer's 22-year-old daughter. Philippine Department of Foreign Affairs spokesman Charles Jose said Pawa was executed at around 3:19 pm, Philippine time. The victim's family "was not amenable" to receiving blood money from Pawa's family, according to Jose. "She has professed innocence since the day she was arrested in 2007 and has not changed her statement until now," Senator Cynthia Villar earlier said, explaining that the DNA found on the murder weapon "did not match Jakatia's DNA." 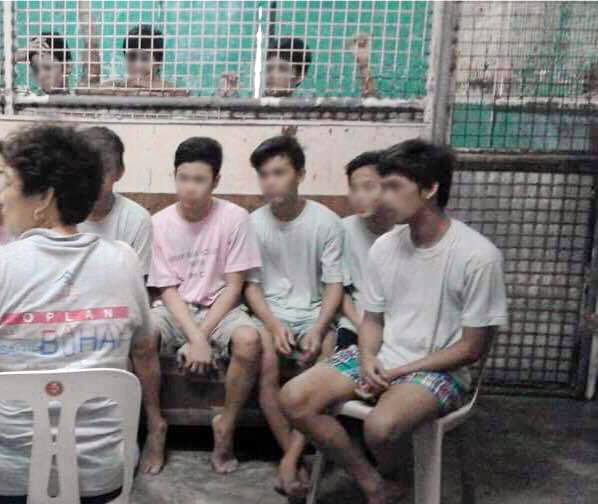 Some congressmen are seeking a compromise on a new age of criminal responsibilty, after it became clear in a meeting on Wednesday, January 25, that most national agencies are against the proposal to lower the age from 15 to 9. Lawmakers want "a middle ground...to lower the age to 12 years old," one of the congressmen who attended the meeting told Rappler. Probably unknown to these congressmen, Republic Act 9344 or the Juvenile Justice Act of 2006 – which sets the minimum age of criminal responsibility at 15 years old – was already amended in 2013 to lower the age of criminal responsibility to 12. That new law, RA 10630, allows children as young as 12 years old to be detained for serious crimes, such as rape, murder, and homicide, among others. So the compromise being proposed now, if approved, could widen the scope of crimes for which children can be punished, to include non-serious offenses.

Aquino responds to Duterte tirades: Mamasapano not my fault

Breaking his self-imposed one-year rule before speaking out, former president Benigno Aquino III responded to the tirades of President Rodrigo Duterte over the botched Mamasapano operation. Aquino said the ill-fated operation that killed elite police members from the Special Acton Forces was not his fault, as he insisted former SAF director Getulio Napeñas lied to him and failed to follow his orders. His claim was contrary to the findings of the Philippine National Police-Board of Inquiry and a Senate investigation, which both said Aquino was responsible for the operation. The BOI said Aquino “bypassed the chain of command” when he allowed the participation of then suspended PNP chief Alan Purisima in the planning and execution of Oplan Exodus.