It will be a wet rest of the week as the southwest monsoon, enhanced by the tropical storm, brings heavy rain.

In local politics, President Duterte plans to scrap the Presidential Commission on Good Government (PCGG), which is tasked with recovering the billions of dollars plundered by late dictator Ferdinand Marcos and his allies. The Land Transportation Franchising and Regulatory Board (LTFRB) meanwhile, says it will not be swayed by noise on social media in regards to the Uber, Grab saga.

In the United States, President Donald Trump says transgender people may not serve "in any capacity" in the US military.

And Rappler fact checks Duterte's State of the Nation Address.

Below are the big stories you shouldn't miss. 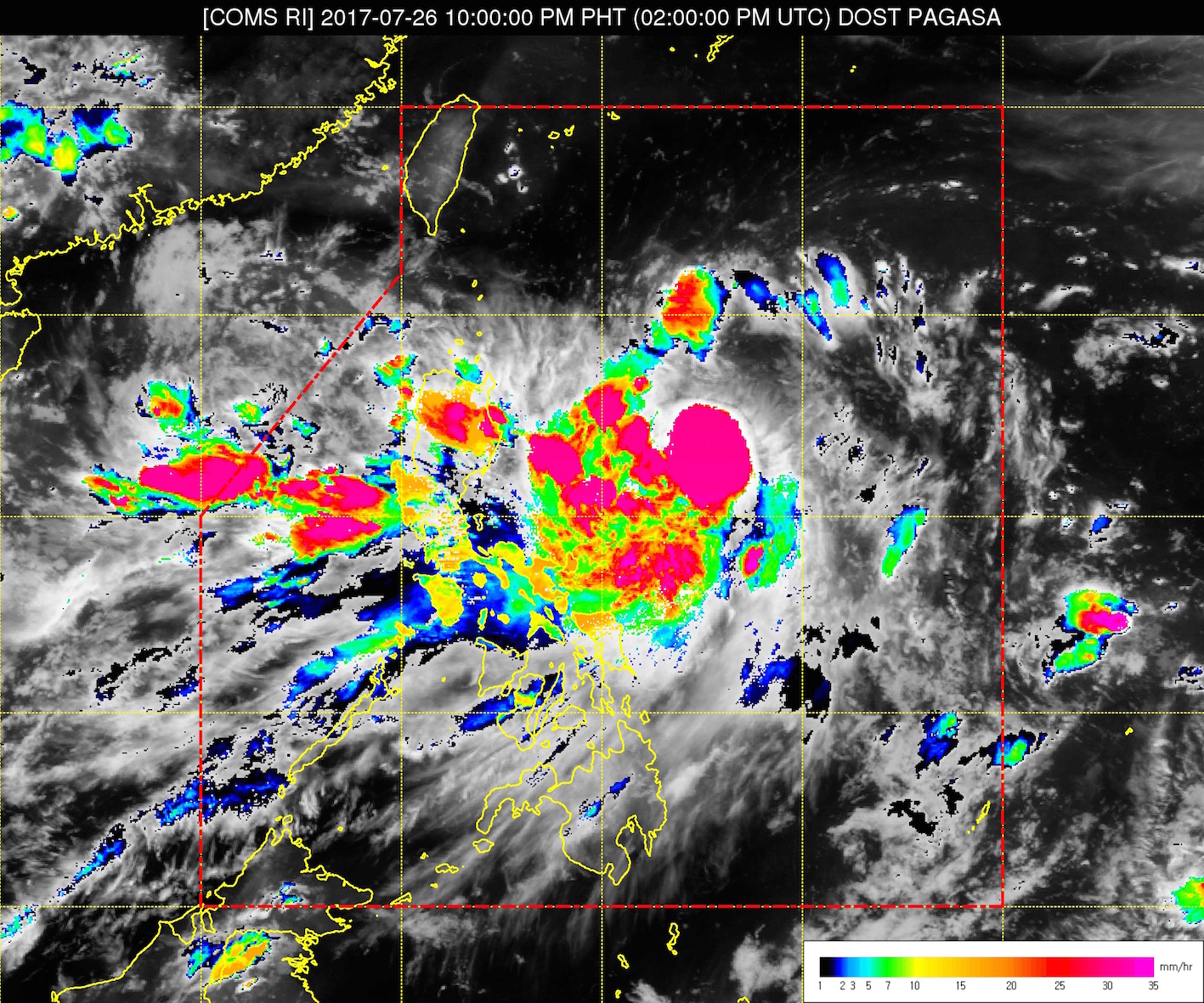 Tropical Storm Gorio (Nesat) now has maximum winds of up to 80 km/h and gustiness of up to 95 km/h. While Gorio itself won't directly affect the Philippines, it is causing the monsoon rain to become heavier than usual. It could also become a severe tropical storm within the next 24 to 36 hours. The state weather bureau earlier identified Metro Manila, Ilocos, Cordillera, Central Luzon, Calabarzon, and Mimaropa as the affected regions. These areas should be on alert for possible flash floods and landslides. Gorio is expected to linger in the Philippine Area of Responsibility (PAR) until Sunday, July 30.

"Sila lang ho 'yung maingay sa social media, [but] definitely government will not budge, we will not be allowed or influenced because of social media," LTFRB board member Aileen Lizada said. She said Grab and Uber riders constitute only a minority of the commuting public, but admitted that the 2% still constitutes a lot of riders and drivers, thus the P5-million fine that the LTFRB imposed on each transport network company (TNC) for allowing thousands of drivers to operate with expired or no permits. According to the LTFRB's latest estimate, there are at least 42,000 Grab and Uber drivers, of which 15,400 at most have adequate papers to operate. 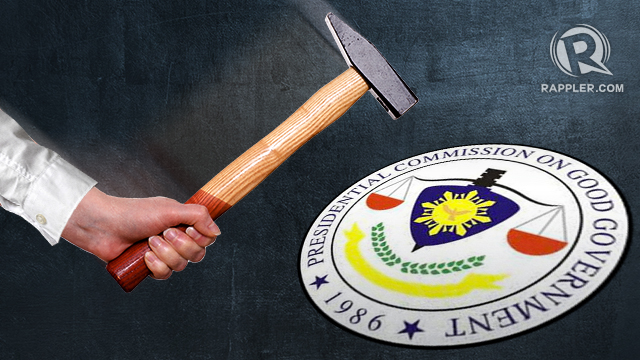 "They don't do anything. What do they do?," Budget Secretary Benjamin Diokno said as he tells reporters the government plans to scrap the Presidential Commission on Good Government (PCGG). The PCGG was set up 3 decades ago, just after a bloodless People Power revolt toppled Marcos, to recover the estimated $10 billion looted by the dictator and his allies during his 20 years in power which were marked by massive corruption and abuse. The agency has since recovered P170 billion or about $3.4 billion in ill-gotten wealth as well as jewelry, art, and other assets. The announcement was the latest development in the remarkable political rehabilitation of the Marcos clan, which has accelerated since family ally Duterte became president last year. 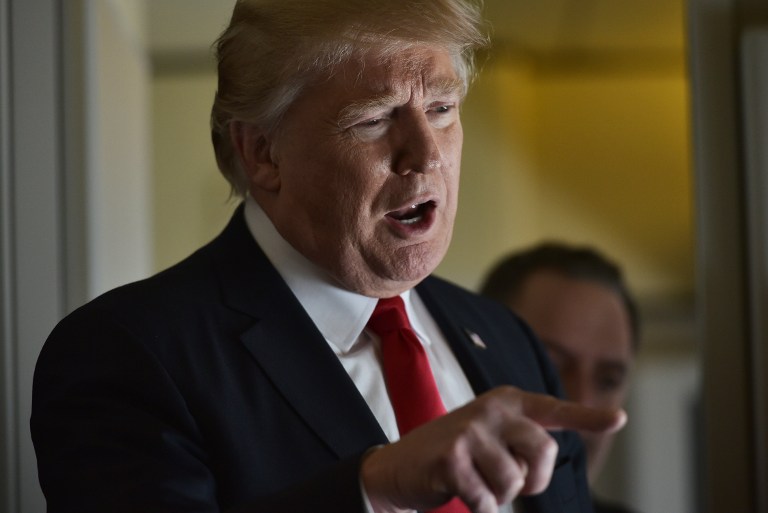 US President Donald Trump announced Wednesday, July 26, that transgender people may not serve "in any capacity" in the US military, upending a key policy from Barack Obama's administration and drawing swift condemnation. The announcement serves as a stunning reversal of an Obama-era policy, and leaves unanswered a slew of questions, including whether transgender personnel currently serving may soon face getting booted from the military. "After consultation with my generals and military experts, please be advised that the United States Government will not accept or allow transgender individuals to serve in any capacity in the US Military," Trump tweeted. Pentagon officials appeared blindsided by Trump's tweets, with spokesman Navy Captain Jeff Davis referring questions to the White House. 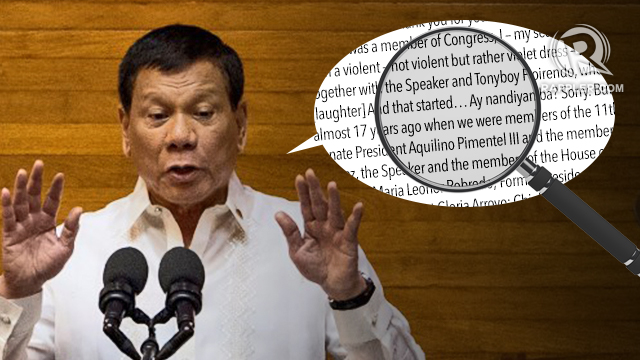 Rappler looks at President Duterte's orders, accomplishments, and attacks on critics during his second SONA. The President started off his speech discussing his biggest campaign promise in 2016: wiping out drugs and criminality. He then talked about threats to peace, blasting the communist movement and warning against the ISIS threat in Mindanao. Around 20 minutes into his SONA, as he began talking about the mining industry, Duterte went off-script with a long-winded tirade against critics. Analysts later lamented what they said was lost opportunity at SONA, noting that the Chief Executive turned it instead into a "bully pulpit." Rappler fact-checked and evaluated these for accuracy and context: orders/requests, accomplishments, attacks on critics, and other topics missed.