Pimentel made the announcement Thursday, June 28, after meeting with former President Joseph Estrada, who is a member of the party's national executive committee. Pimentel and Estrada met in Polk Clubhouse in San Juan at 11 a.m.

The senator said he has relayed the message to Vice President Jejomar Binay, who is abroad, through his chief of staff.

The senator clarified, however, that he remains a member of his party, the Partido Demokrating Pilipino-Lakas ng Bayan (PDP-Laban), and will run under it. He is president of PDP-Laban.

He said that under PDP-Laban’s coalition agreement with Estrada’s Puwersa ng Masang Pilipino (PMP), each party did not lose its identity in forming UNA. 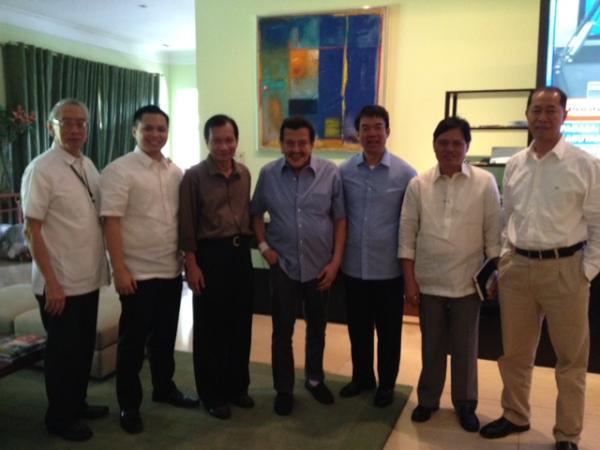 BOLTING UNA. Senator Koko Pimentel announces he is leaving UNA after a meeting with one of the party's executives, former President Joseph Estrada.

"I don't think that's fair. In UNA's first meeting, he already raised his objection so he knew about it. I don't know what he is referring to [with the hidden card]."

Tiangco said UNA wishes Pimentel well. "Whatever his reason is, we have to respect it. He has decided."

With Pimentel bolting UNA, Tiangco said the alliance is back to having 7 official candidates:

Pimentel said he's “up for adoption,” meaning he is open to being a guest candidate of other parties including the ruling Liberal Party.

Pimentel's decision came weeks after he announced his plan to bolt UNA due to Zubiri's inclusion in its 2013 senatorial slate. Zubiri, who left his Senate seat last year, is accused of robbing Pimentel of his Senate slot in the 2007 elections.

Pimentel has described his relation with UNA as "complicated." (Watch more in the video below.)