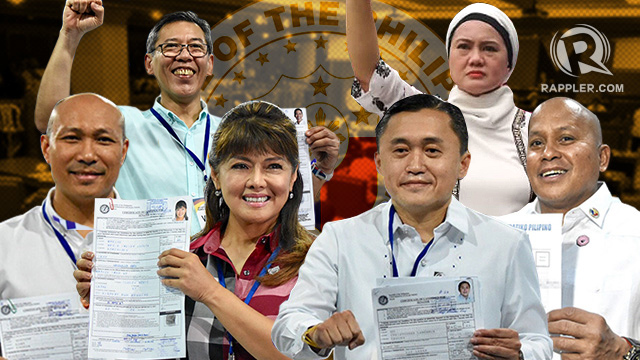 MANILA, Philippines – Senatorial races are typically studded with familiar faces and recurring surnames, but 2019 promises its share of newbies – famous personalities who are running for senator for the first time.

These Senate “virgins” are composed of Duterte administration stalwarts and fresh opposition bets, with some alternatives not necessarily allied with either side thrown into the mix.

Some of them have had experience in writing laws while they served in the House of Representatives or the Autonomous Region in Muslim Mindanao assembly, as in the case of Samira Gutoc.

Others come from the executive branch – both from national or local government – and promise to bring their experience of implementing laws to crafting them.

What will these new names bring to the Senate if they are elected? The Senate, composed of 24 lawmakers, is constitutionally designed to serve as a check on executive power. Of the two chambers in Congress, the Senate has traditionally been the more independent one, especially in this administration, where the lower house is dominated by President Rodrigo Duterte’s allies.

It’s notable that many of these personalities seeking a Senate seat for the first time have pledged loyalty to Duterte, specifically his former aide Bong Go and his first police chief and wedding godson Ronald dela Rosa. 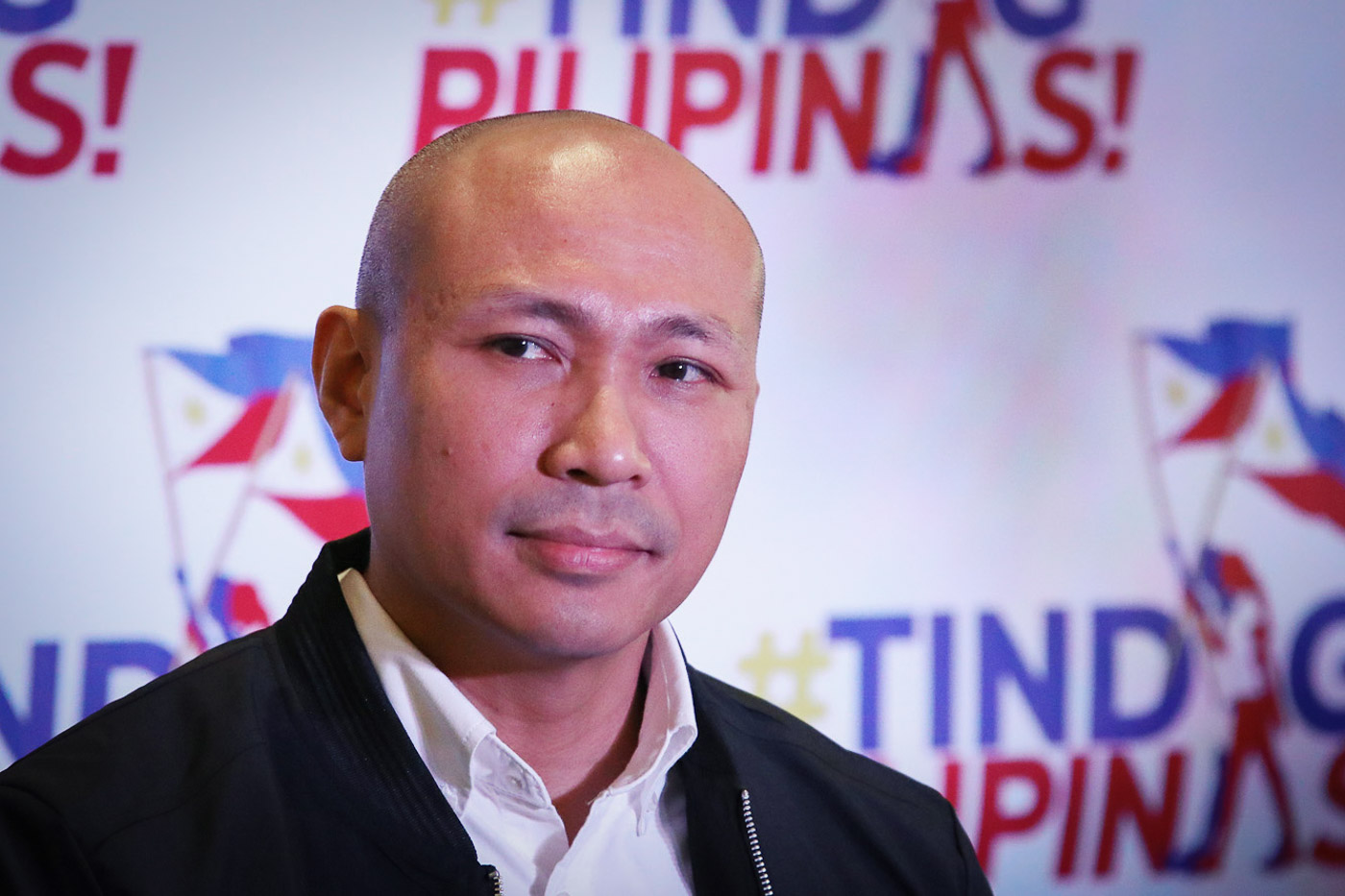 The party mate of Senator Antonio Trillanes IV is also endorsed by the opposition coalition. A former marine captain who joined the mutiny against the Arroyo administration, Alejano has been outspoken about Duterte’s refusal to use the historic international arbitral award against China. He was behind the first impeachment complaint against the firebrand President.

Explaining his decision to run for senator, Alejano said there is a need for more “independent-minded" senators. While in the military, he received the Distinguished Conduct Star, the second highest combat honor, for battling terrorists and rebels in the treacherous battlefields of southern Mindanao. 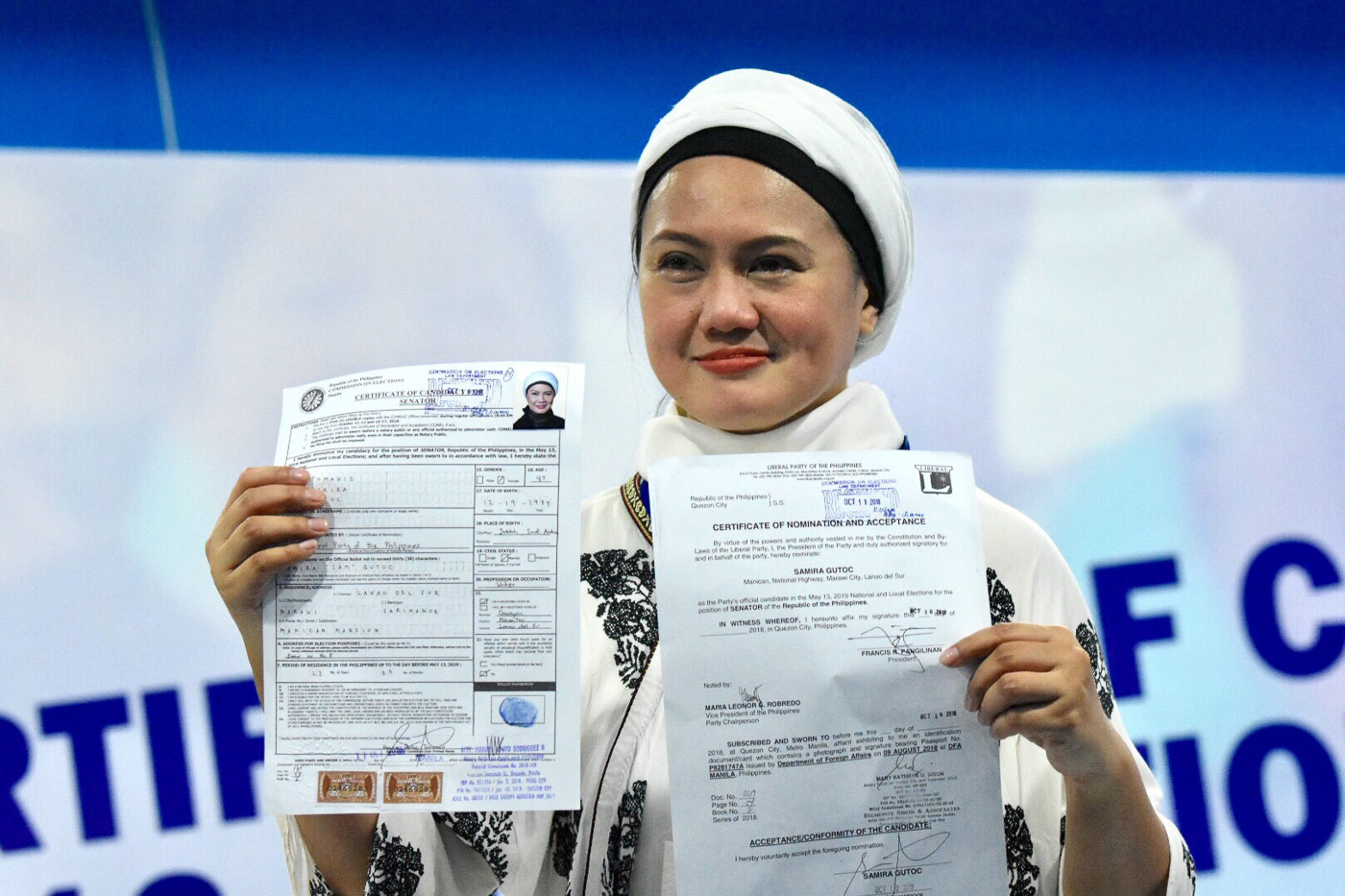 A civic leader who hails from Marawi and a former ARMM assemblywoman, Gutoc (married to a Tomawis) wants to be the Muslim voice in the Senate. She is critical of Duterte’s martial law declaration in Mindanao and has made emotional appeals against it in public. Gutoc, however, was also a Duterte appointee. She served in the Bangsamoro Transition Commission, the group tasked to craft a new Bangsamoro basic law. She resigned to protest Duterte’s joke about soldiers raping women during martial law. 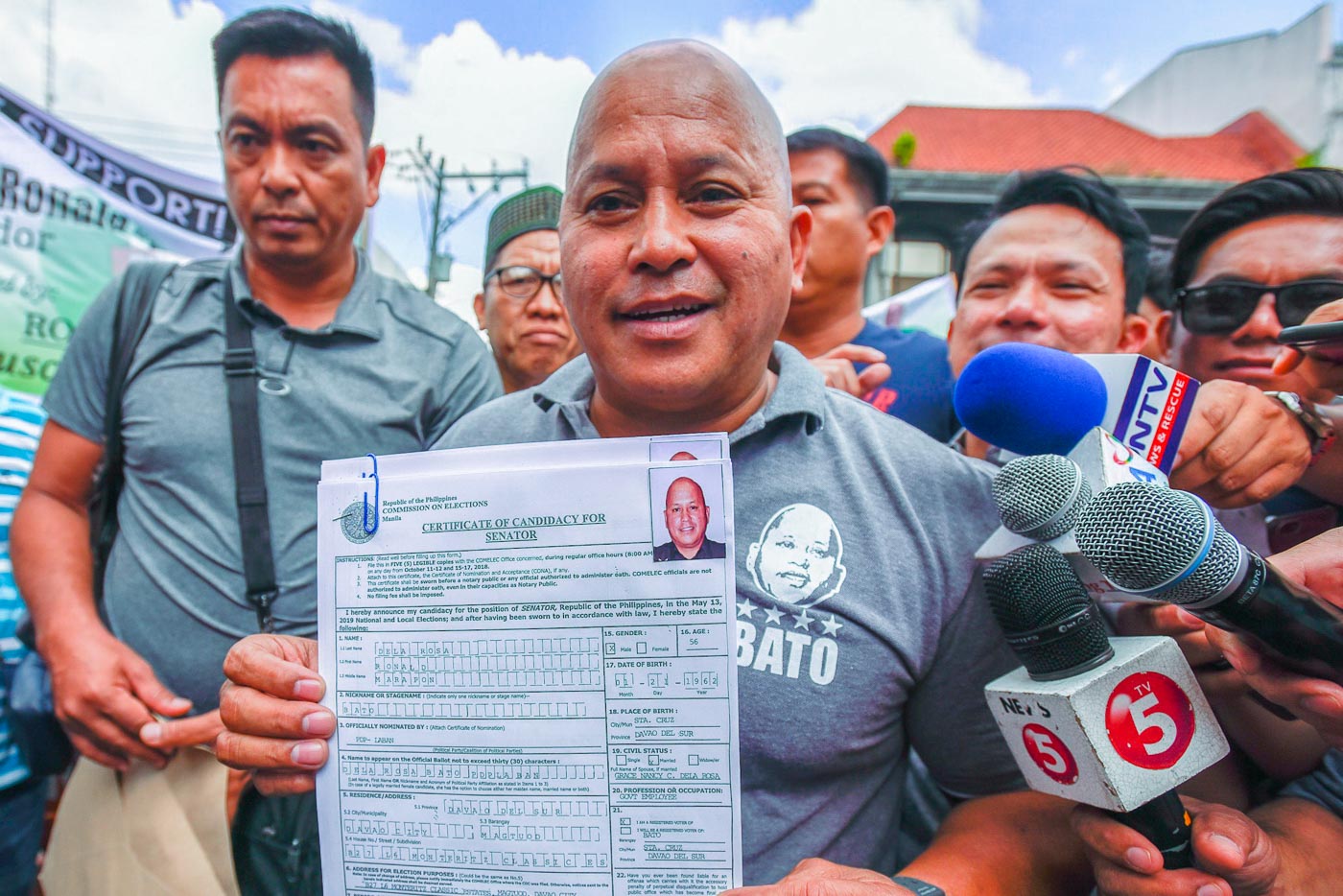 Dela Rosa is second only to Duterte as the face of the administration’s bloody drug war. As Duterte’s first Philippine National Police chief, Dela Rosa implemented the now infamous Oplan TokHang, where police would knock on the doors of houses and ask alleged drug addicts or pushers to stop their criminal activities. The police anti-drug operations would eventually lead to thousands of deaths. After he retired from active service, Dela Rosa was named Bureau of Corrections chief. He enjoys not only professional but personal ties with the President. Duterte stood as godfather at Dela Rosa’s wedding. 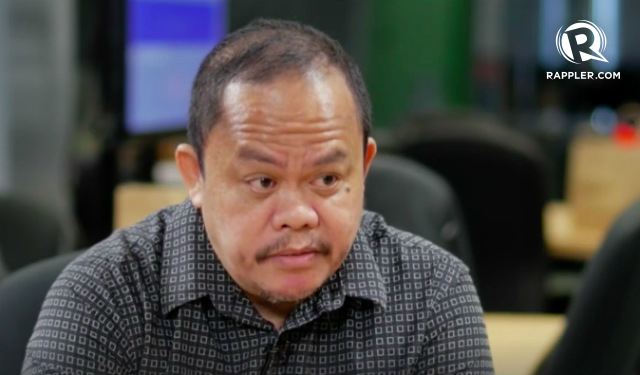 On the other side of the spectrum is Sabio, the lawyer who filed an official communication before the International Criminal Court (ICC), accusing Duterte of crimes against humanity in relation to he violent war on drugs. His letter led the ICC to begin a preliminary examination on its jurisdiction over the issue. Sabio said he is running for senator to fight the “immoral and criminal Duterte regime.” Sabio was the lawyer of self-confessed hitman Edgar Matobato, who claimed in bombshell Senate hearings that Duterte masterminded killings in Davao City. 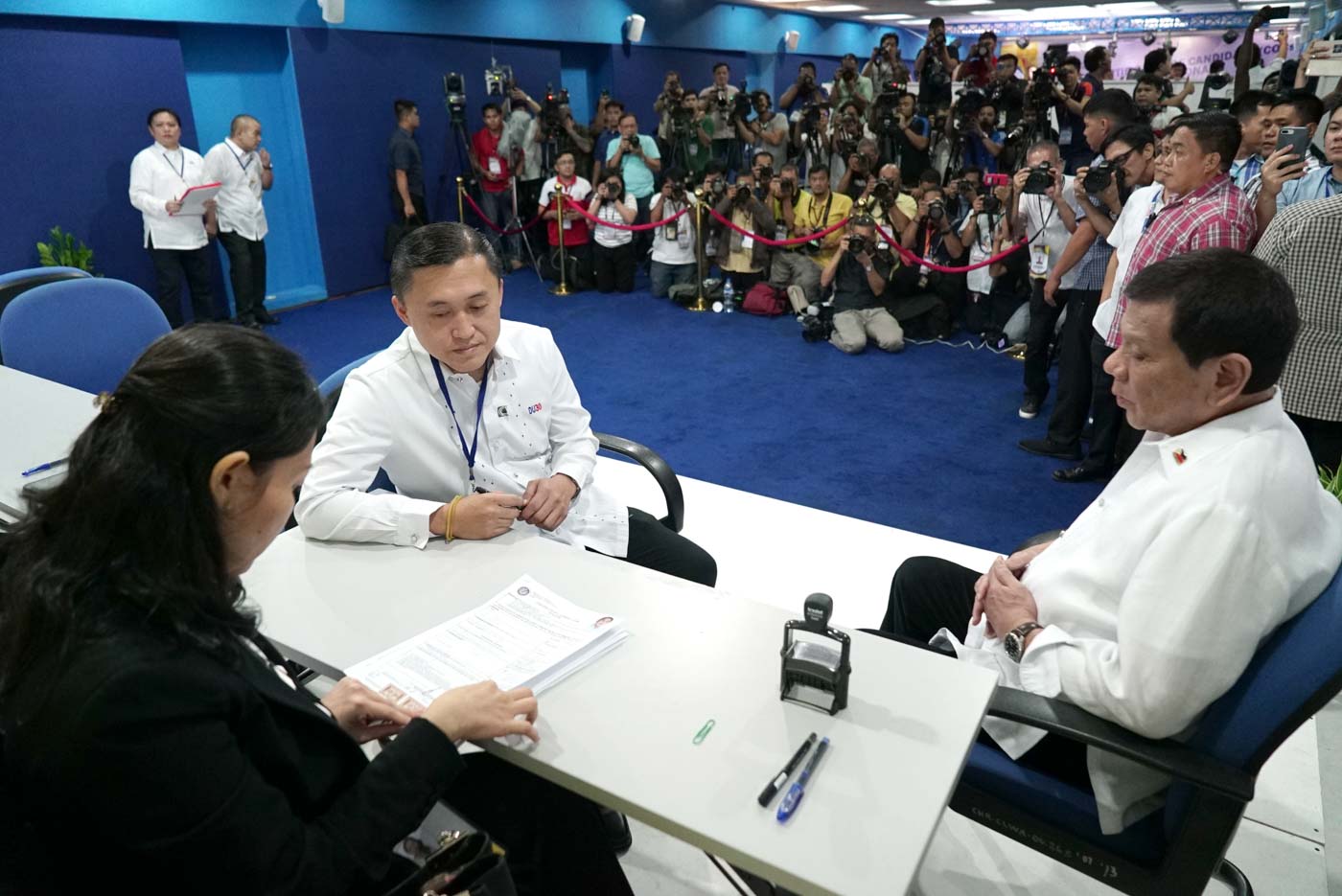 Once just a Davao City mayor’s silent but ever-present assistant, Go skyrocketed to fame and power when Duterte won as president and named him “Special Assistant to the President” with Cabinet rank. Go now has his eyes on a higher prize – a Senate seat. Go vows to advance Duterte’s policies and initiatives and use his experience as aide to a local chief executive then a president in making laws. Go’s other advocacies include healthcare for the poor and sports. 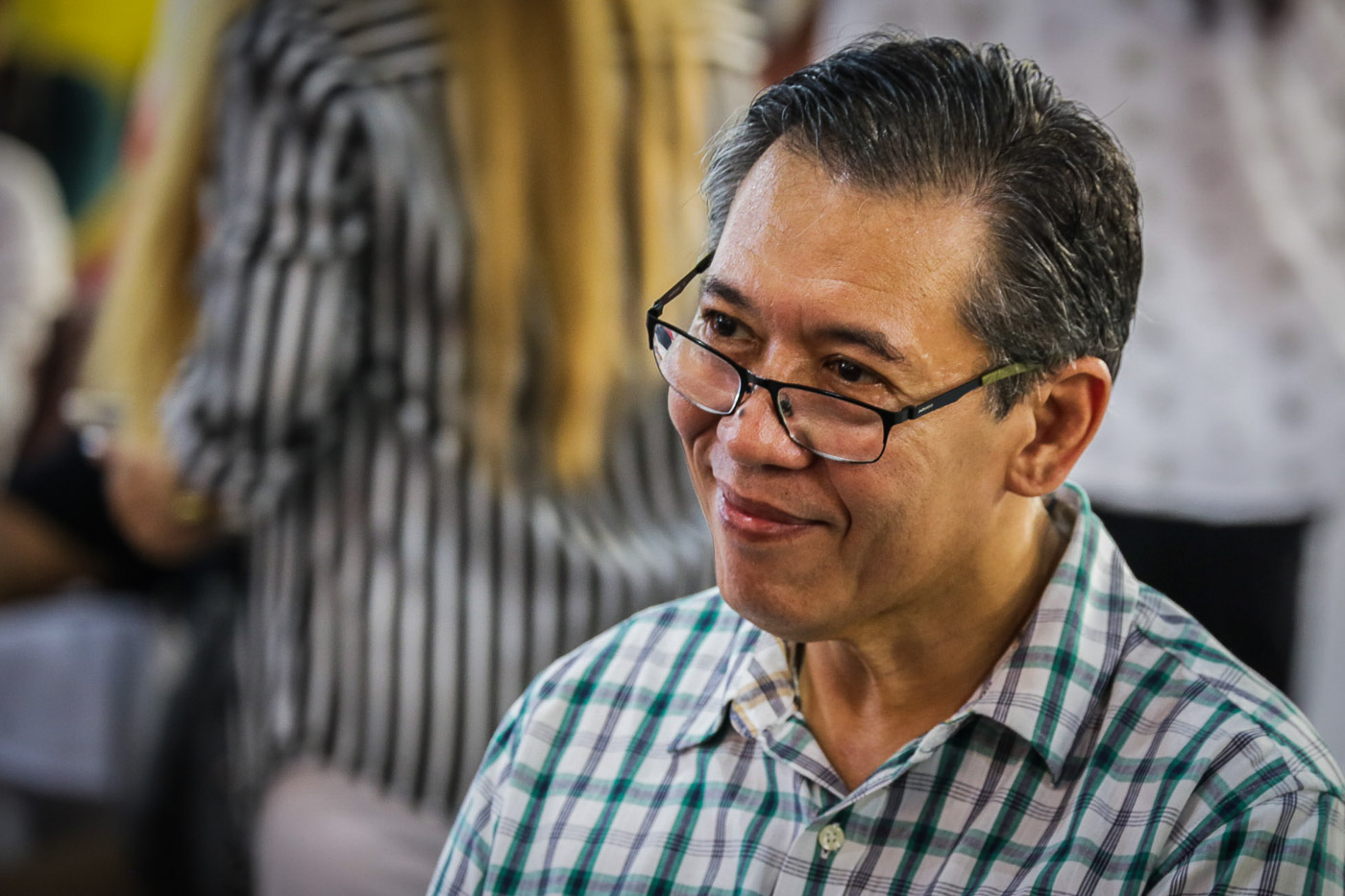 This human rights lawyer and constitutional law expert is expected to bring not only his legal knowledge to the Senate but also his staunch opposition to dictatorial styles of governance. Diokno is the son of former senator Jose “Pepe” Diokno, regarded as the father of human rights advocacy in the Philippines. Diokno, a martial law icon, had been imprisoned for two years during Marcos martial law regime.

Chel heads the human rights group Free Legal Assistance Group, which was established by his father. FLAG provided pro-bono legal advice to political prisoners and other victims of Marcos’ reign. The small group of lawyers expanded its coverage to help indigenous people threatened by military presence, peasants, and other social workers. 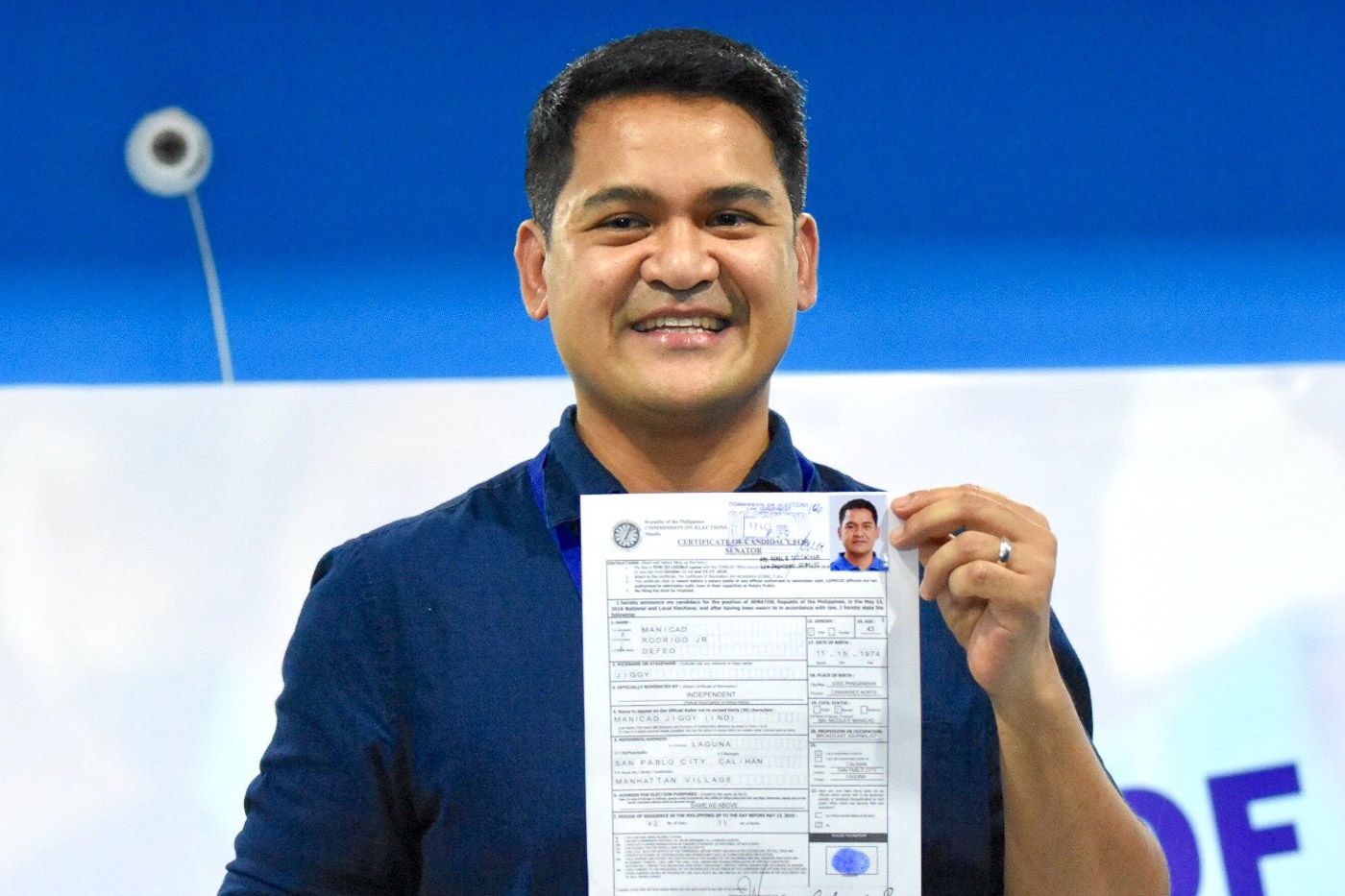 Manicad promises to bring his decades of experience as a reporter to the Senate. The veteran broadcast journalist who worked for GMA network has covered war zones, natural disasters, and human trafficking. He is critical of the administration-backed Tax Reform for Acceleration and Inclusion (Train) Law and is running as an independent candidate. However, he is also endorsed by the administration-allied Hugpong ng Pagbabago, a regional party led by Davao City Mayor Sara Duterte Carpio. 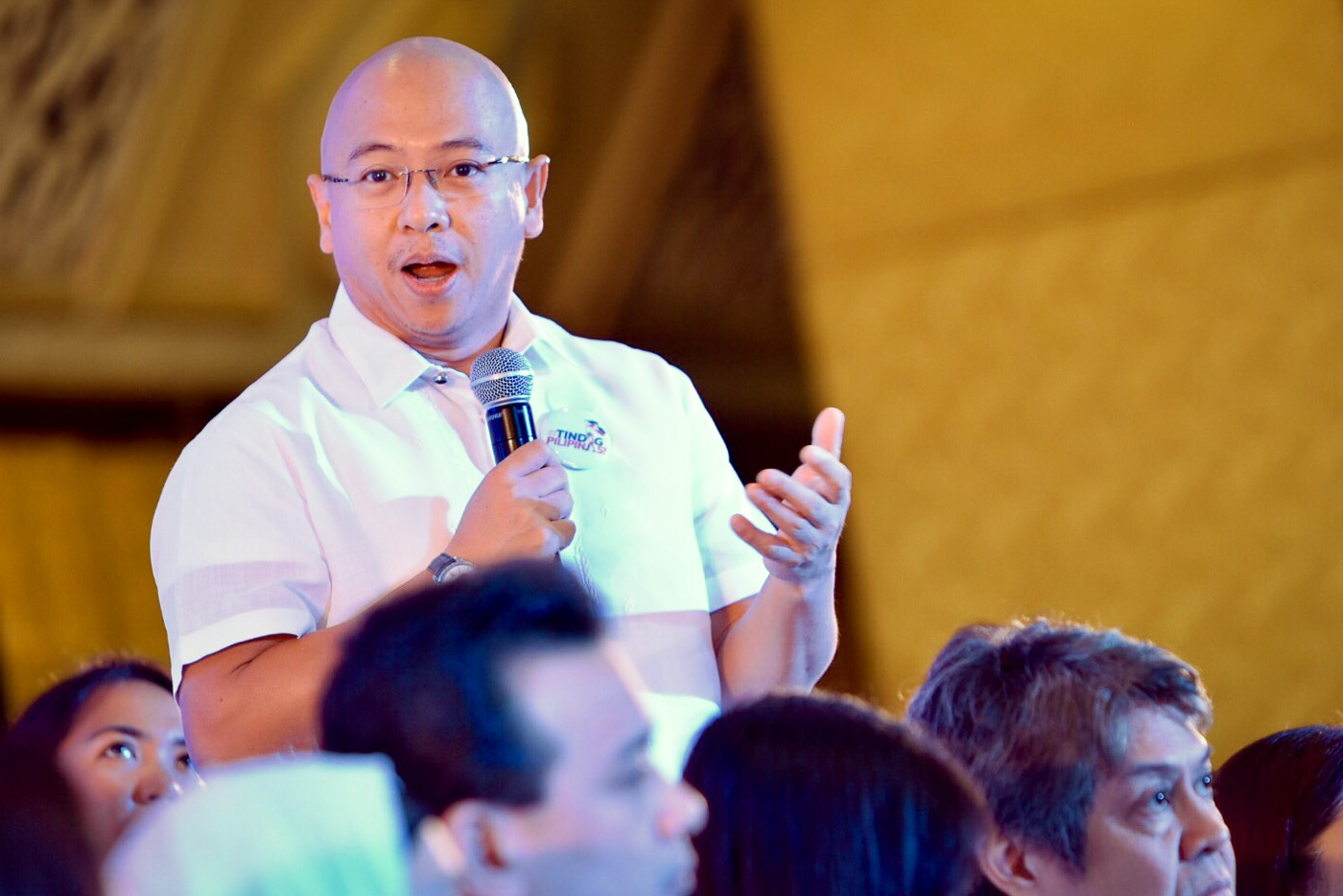 When Hilbay was appointed solicitor general by former president Benigno Aquino III, he made history by becoming the youngest to hold the post. Today, Hilbay, a bar top-notcher, has become a vocal critic of the Duterte administration, and is particularly outspoken on the bloody campaign against drugs, martial law in Mindanao, and the President’s stance on China. He has been a lawyer for detained Senator Leila de Lima and embattled Senator Antonio Trillanes IV, two of Duterte's fiercest critics. He is part of the opposition’s senatorial slate. 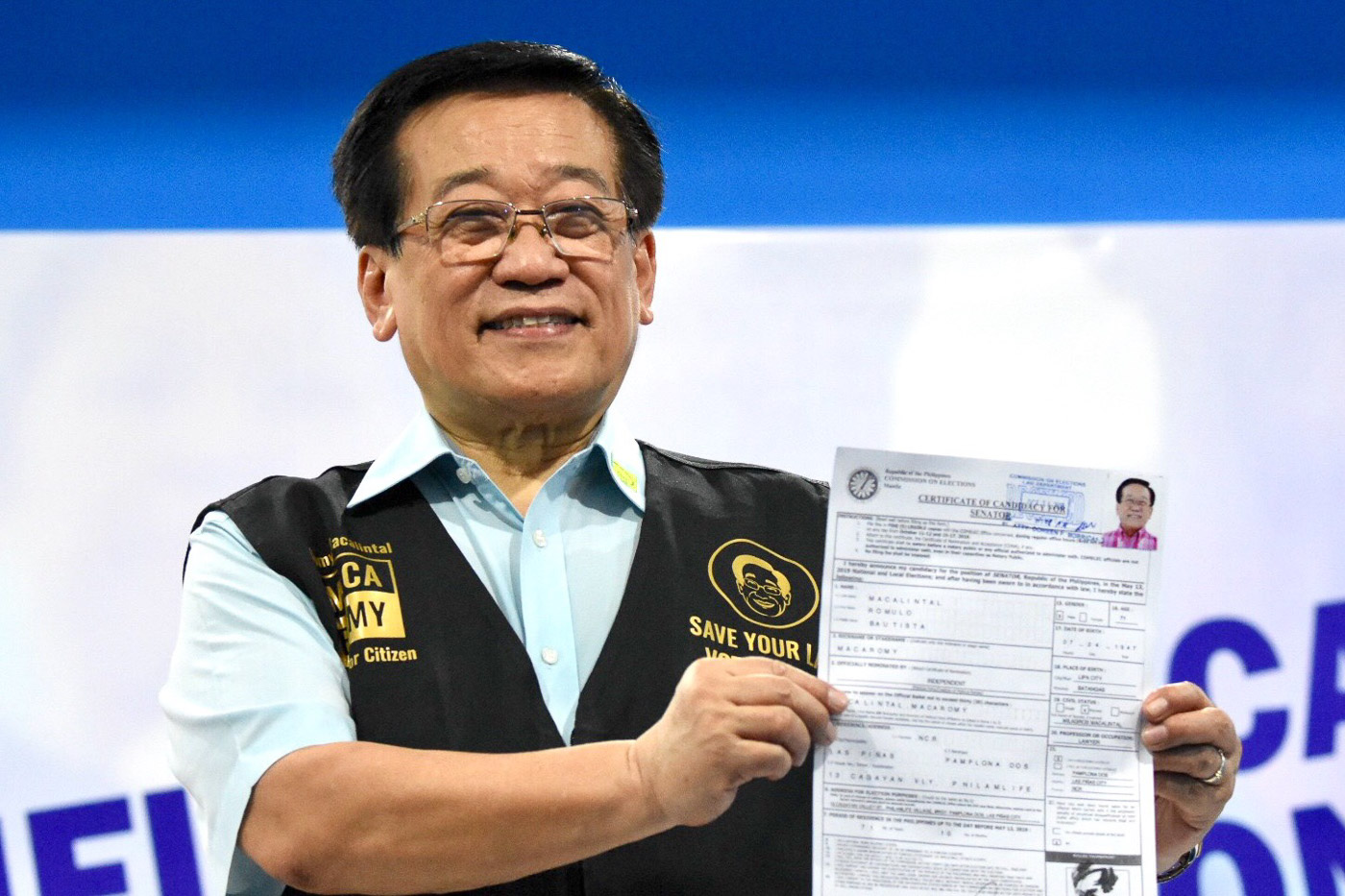 Macalintal is the lawyer of Vice President Leni Robredo in the election protest filed by former senator Ferdinand Marcos Jr against her. Though he is running as an independent candidate, he is among the bets endorsed by the opposition coalition. At 71 years old, Macalintal vows to advance the welfare of senior citizens in the Senate. In particular, he wants bigger discounts for them. While those 60 years old and above already enjoy a 20% discount on food and medicine, Macalintal wants an additional 10% discount for every decade after. 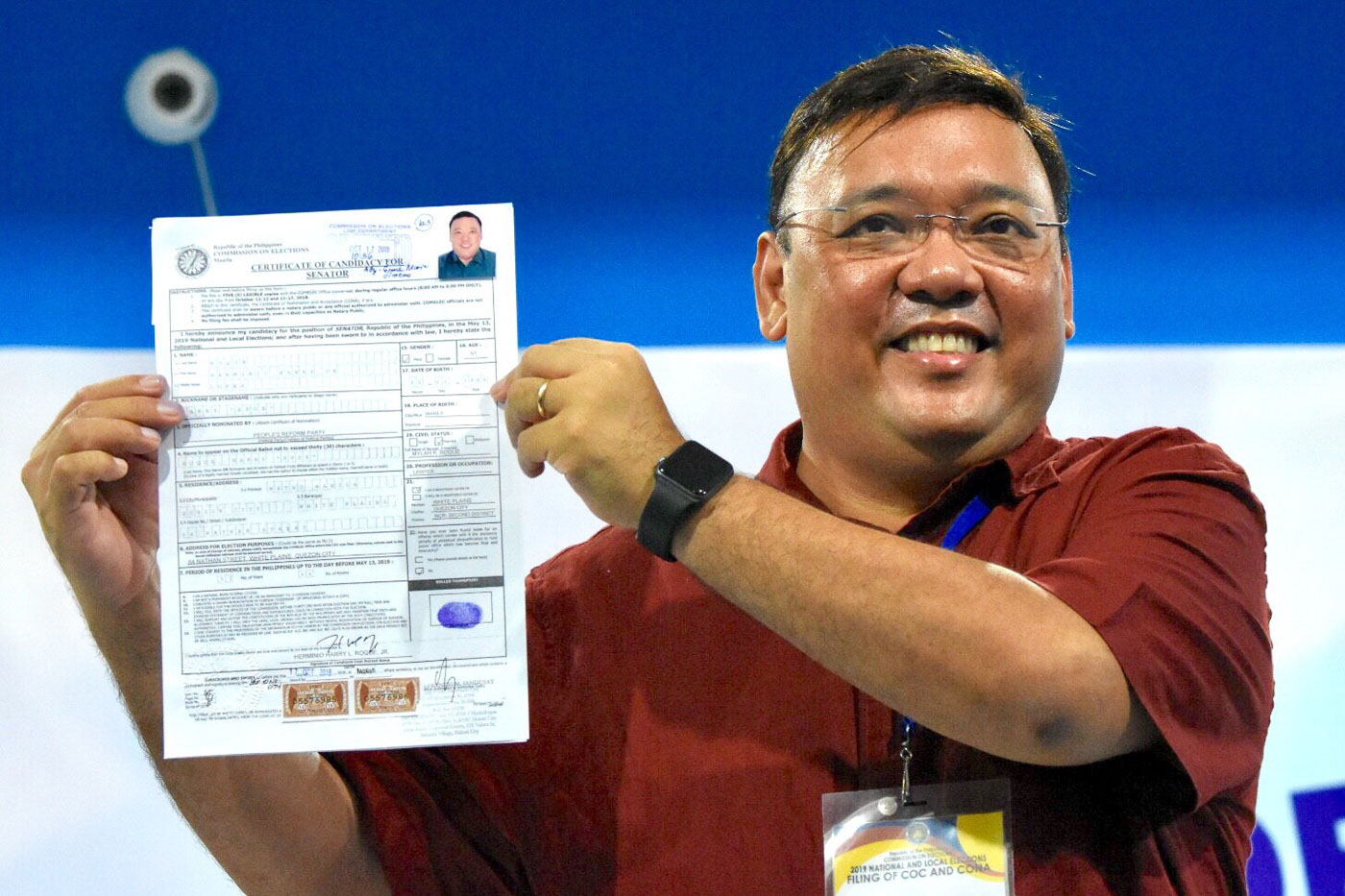 It may be Roque’s first time to run for senator, but it’s definitely not his first time under the national spotlight. Over the past year, Roque has regularly made headlines as Duterte’s spokesperson, passionately defending the President from critics and explaining his most alarming remarks. A former human rights lawyer and law professor, Roque is also no stranger to crafting laws. As Kabayan party-list representative, he was principal author of the Universal Health Care Bill, which has been certified as urgent by Duterte. In an unexpected turn of events, the President himself said Roque has no chance of winning as senator, throwing the former spokesman in a state of indecision. After initially dropping his Senate bid to run for party-list representative, Roque ended up sticking to his original plan. 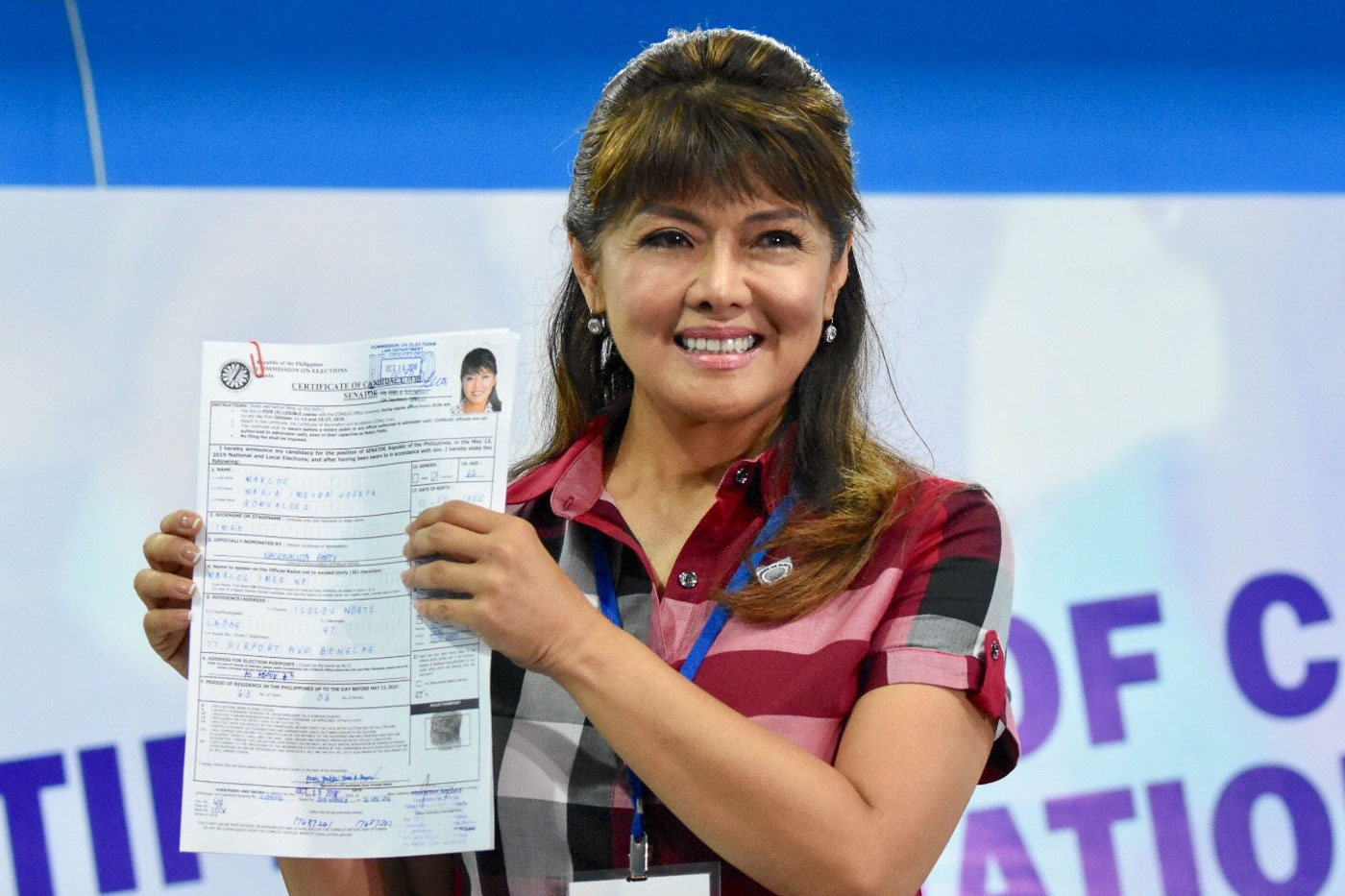 Ilocos Norte governor since 2010 and now on her last term, Imee Marcos now wants to take a shot at being senator. The eldest daughter of the late dictator Ferdinand Marcos has had her share of controversy. The Ilocos Norte government, under her watch, is currently under investigation by the Office of the Ombudsman for the misuse of millions worth of tobacco funds. Documents showed that P57.5 million of tobacco excise tax, intended by law for tobacco farmers, was set aside for Marcos’ pet projects. Marcos has also come under fire for telling her family’s critics to “move on” from human rights abuses perpetrated during her father’s martial law regime. 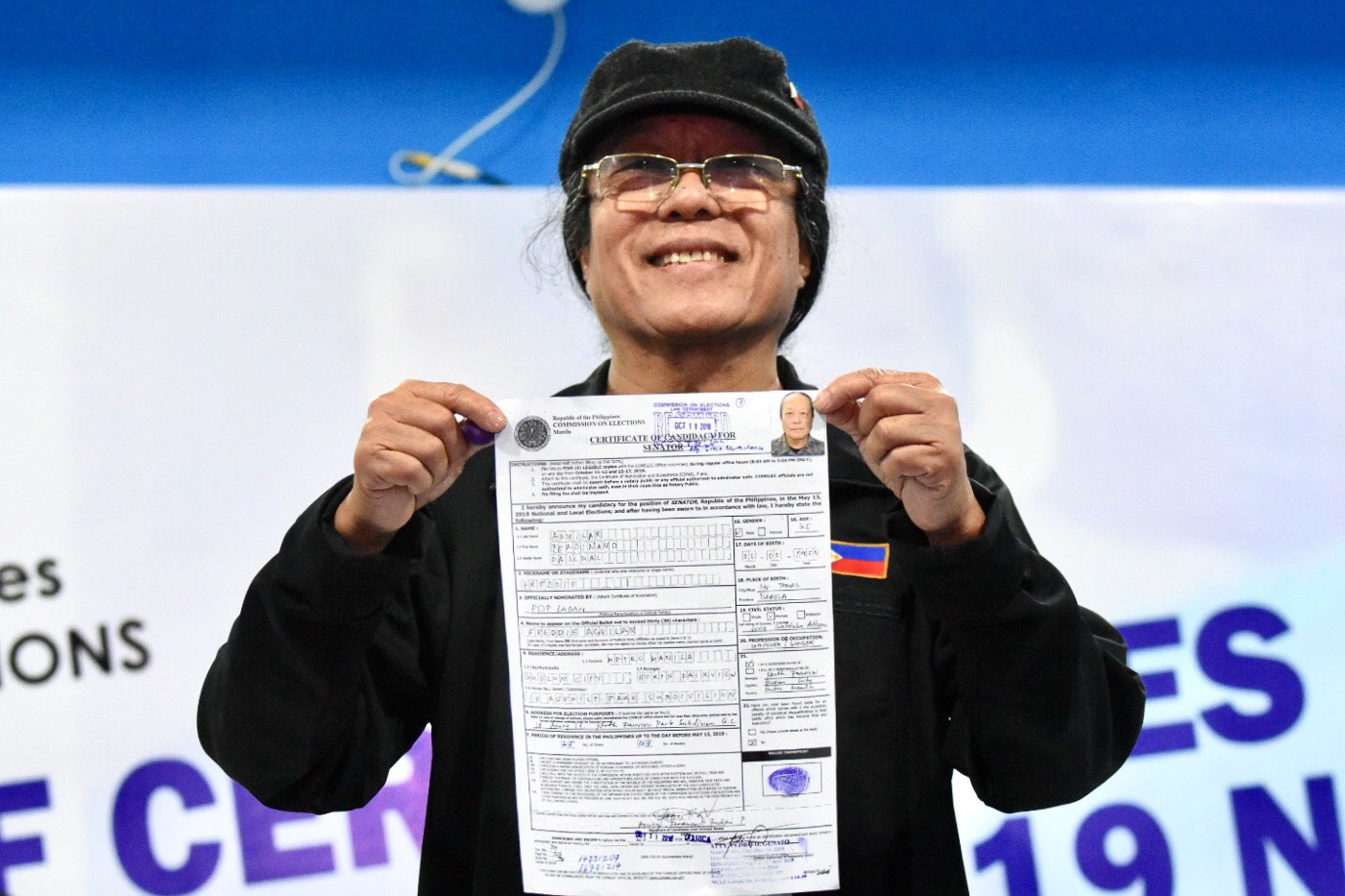 The folk singer, whose version of “Bayan Ko” practically became the People Power Revolution anthem, said he was convinced by “ordinary citizens” to run for senator so he could stand for advocacies he expressed in his songs. Aguilar is also a passionate supporter of the President’s and even composed the song “Duterte Para Sa Tunay Na Pagbabago,” the song used by Duterte to this day in his official functions. 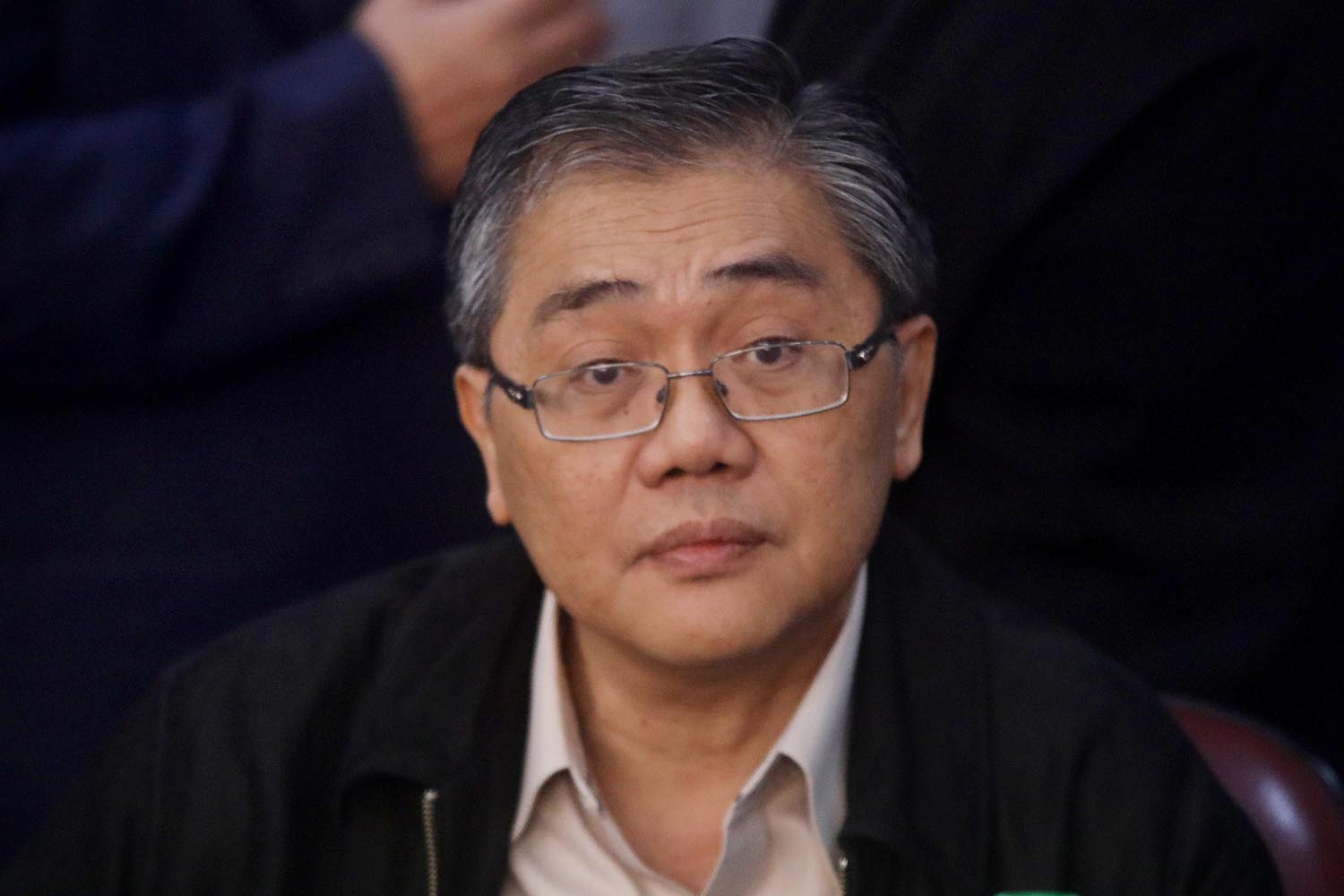 Generoso is running mainly to do one thing: push for the draft federal constitution crafted by Duterte's Consultative Committee. Before filing his candidacy for senator, Generoso served as the committee's spokesman, courting controversy when he suggested tapping controversial Mocha Uson to be part of the federalism info drive. A long-time federalism advocate, Generoso was a federalism consultant for the Department of the Interior and Local Government and wrote a column for Business Mirror.