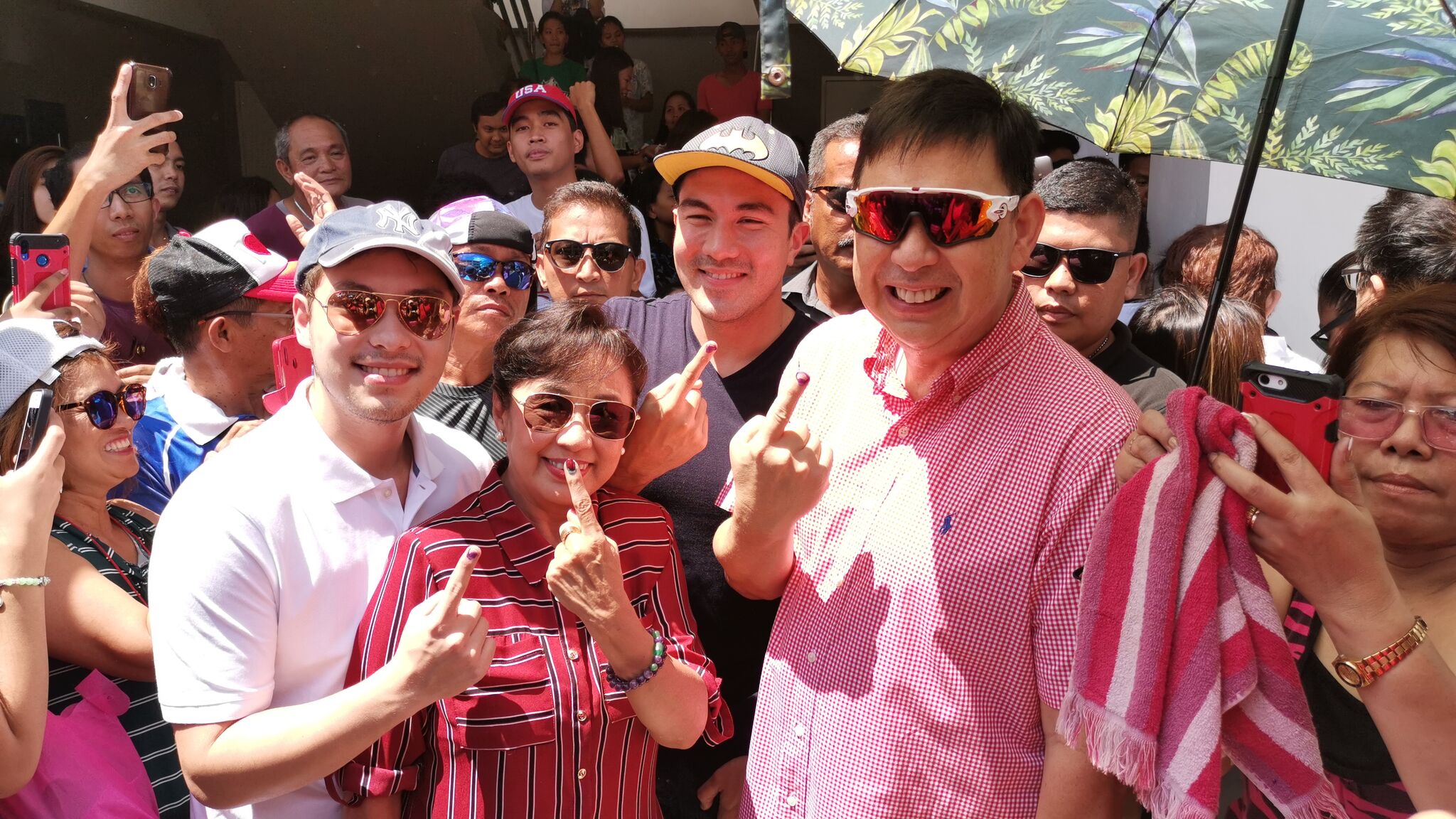 RECTOS TOGETHER. Senator Ralph Recto and Vilma Santos Recto cast their vote in Lipa City together with sons Luis and Ryan.

BATANGAS, Philippines - Re-electionist Vilma Santos Recto has won her second term as representative of the lone district of Lipa City after the canvassing of votes was completed early Thursday, May 16.

In a text message to Rappler, Santos, known by her showbiz title “Star for all seasons,” expressed her gratitude to voters for their support.

“Salamat sa mga Lipeño sa patuloy na pagmamahal at suporta sa akin, kay Ralph at ngayon sa aming Bangon Lipa team na pinagkatiwalaan nila (Thank you to the Lipeños for their continued love and support for me, Ralph, and our Bangon Lipa team that they trust)! 21 years of trust and now another 3 years to serve them, this time as their representative in Congress. Sabi ko nga winning is not the end, but this is the start to work as a team to serve the Lipeños.”

With a total of 96,749 votes, Santos won against her challenger, incumbent Lipa City Mayor Meynard Sabili, who received 61,821 votes.

Despite the more than 30,000-vote lead, Sabili is set to file a petition for recount.

Initially under the Nacionalist People’s Coalition (NPC), Sabili was left without a party when NPC canceled his nomination 2 hours before the deadline for the filing of candidacies in October.

He’s serving his last term as Lipa City mayor and his wife, Bernadette, hoped to take his place.

However, Bernadette also lost to Santos’ bet Eric Africa, the incumbent vice mayor, by 1,598 votes. Africa was proclaimed as mayor-elect morning of May 16 after receiving 78,109 votes, leaving Bernadette with 76,511 votes.

In a Facebook post, Sabili called on the Commission on Elections (Comelec) to do a manual recount for her to concede.

(I challenge the Comelec to do a random manual count even on 3 ‘hocus-pocus’ machines. If the results tally with those of the machines, I will concede. Not heeding my call only means they’re admitting that widespread fraud happened in the recent elections.)

Sabili claimed that the manual recount is necessary to allay doubts about the long delay in canvassing of votes, which she suggested may have given way to rigging.

(The tallying of senatorial votes is nearly done, but the one here in Lipa doesn’t seem to end. It’s already Thursday. It’s clear that the votes they added for Africa fell short of what’s needed for him to win, and they’re having a hard time fixing it.) – Rappler.com