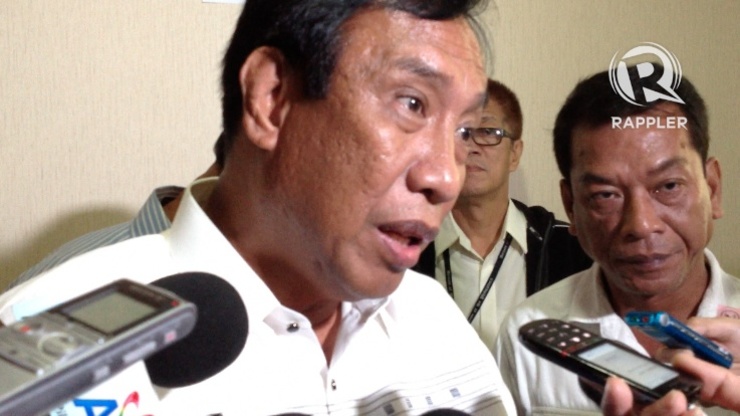 MANILA, Philippines – He admitted before senators that he received kickbacks from the alleged overpricing of the Makati City Hall Building 2. Then, he added, if he did as vice mayor, there was no way the mayor then, now Vice President Jejomar Binay, didn't earn the same way.

Who is Ernesto Mercado that senators leading the probe into alleged corruption by the Binays think the public should believe him?

Mercado used to be Binay's close political ally. Their alliance dated back to 1992, when they ran together under the banner of the Partido ng Demokratiko Pilipino (PDP) – with Binay for mayor and Mercado for councilor.

Both Mercado and Binay have been accused of corruption together.

In 2006, they and 5 others were suspended while a graft complaint over ghost employees and overpriced furniture for the then-new Makati City Hall. The Ombudsman dismissed the complaint.

In 2007, Binay and Mercado – then mayor and vice mayor, respectively – were put in the spotlight when the Bureau of Internal Revenue (BIR) froze and seized the city’s government assets after the agency found that the city had a total of P1.1 billion in unpaid taxes. Warrants of garnishment were also issued for their personal bank accounts. The freeze orders were eventually lifted.

The Binay-Mercado partnership was broken in 2010, however. This was after Binay allegedly reneged on his supposed promise that he would endorse Mercado as his successor. Instead, Binay fielded his son Erwin Jejomar or "Jun-Jun" for mayor.

In a March 2010 interview, Mercado said Binay was afraid Mercado wouldn’t "return" the position to the Binays, a claim that the Binays deny.

Mercado still pursued his mayoralty candidacy that year under the Nacionalista Party banner, but lost to the younger Binay.

Outside politics, Mercado also figured in news in 2002 following the death of his then live-in partner Raquel Ambrosio. Mercado claimed Ambrosio committed suicide, but speculations were rife that he had something to do with her death.

Mercado is a geodetic engineer by profession, and is said to have "played a key role in the development of Makati in the early 1990s" as he headed the city council committee on urban development and environmental protection. Mercado is also credited for authoring the establishment of the Pamantasan ng Makati.

At the Senate hearing, however, Mercado said he was not involved in the city hall building in question, despite his background.

"We have a city engineer and a building official. I never spoke with whoever constructed the building or with whoever will get permit for that," he said.

A Binay ally, former city administrator Marjorie de Veyra, said the opposite happened. Mercado allegedly called department heads without the knowledge and consent of then Mayor Binay. "He abused the trust and confidence given to him by the Vice President, who was the mayor then." – Rappler.com