Catastrophe by the numbers

MANILA, Philippines – It has been a month after one of the most powerful typhoons ever observed slashed through the Visayas.

Super Typhoon Yolanda (Haiyan) stunned the Philippines' central islands on November 8 with its ferocious winds and deadly storm surges. It left behind widespread destruction and death – and millions of lives forever changed by a once-in-a-lifetime disaster. 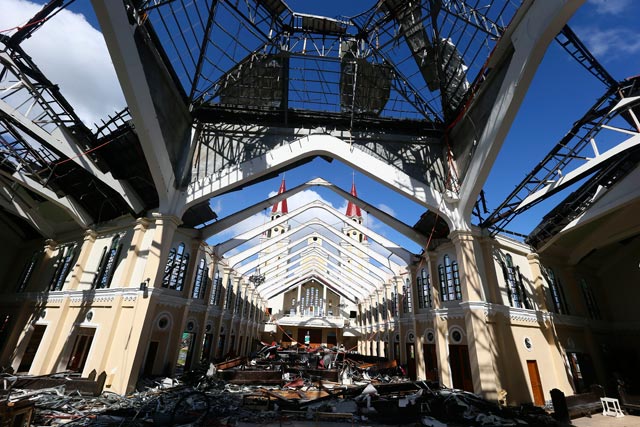 Here are the facts and figures about Yolanda/Haiyan as reported by the National Disaster Risk Reduction and Management Council (NDRRMC), USAID, the UN Office for the Coordination of Humanitarian Affairs (OCHA) and the UN High Commissioner for Refugees (UNHCR). All photos are from the European Pressphoto Agency.

6 landfalls. The most intense tropical storm to ever hit the planet made its first landfall at 4:40 am in Guiuan, Eastern Samar before moving to Tolosa, Leyte (7 am) and then Daanbantayan, Cebu (9:40 am). The fourth landfall (10:40 am) was over Bantayan Island, also in Cebu then by 12 nn in Concepcion, Iloilo. Typhoon Yolanda made its last landfall in Busuanga, Palawan at 8 pm. 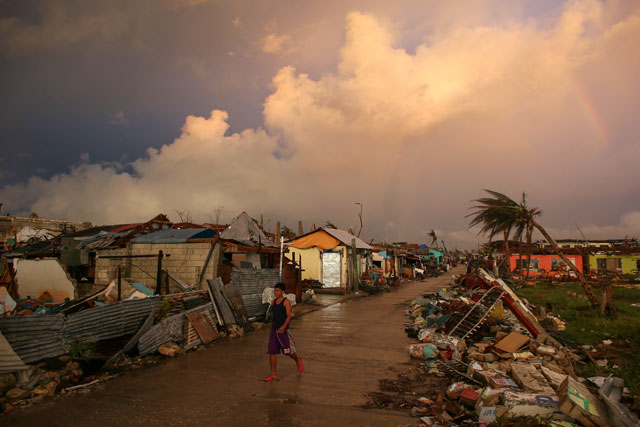 595 kilometers. The measured width of the tropical cyclone as it pummeled the Philippines with sustained winds reaching 305 km/h, gusting to 370 km/h (US Joint Typhoon Warning Center data).

5 meters. The height of the storm surge that hit Tacloban City, causing massive flooding and furthering death and destruction. 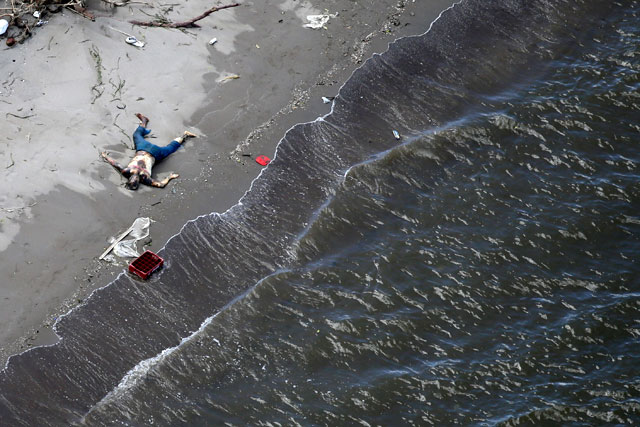 11.2 million people were affected in 12,075 barangays in 44 provinces, 588 municipalities and 57 cities by the onslaught of the super typhoon. 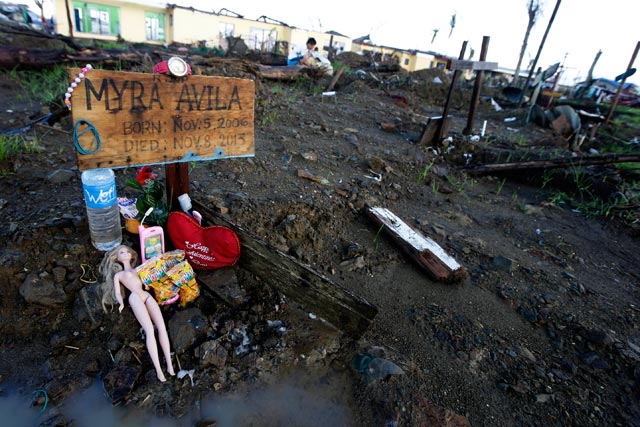 5,786 and counting. The number of deaths associated with Typhoon Yolanda as of December 6, according to the NDRRMC. A ranking police official in Eastern Visayas estimated the count to reach 10,000, based on the initial estimates of the Leyte provincial government hours after the typhoon. The officer was "relieved" days after making the statement. The NDRRMC also reported 26,233 people injured, while 1,779 individuals are still missing. 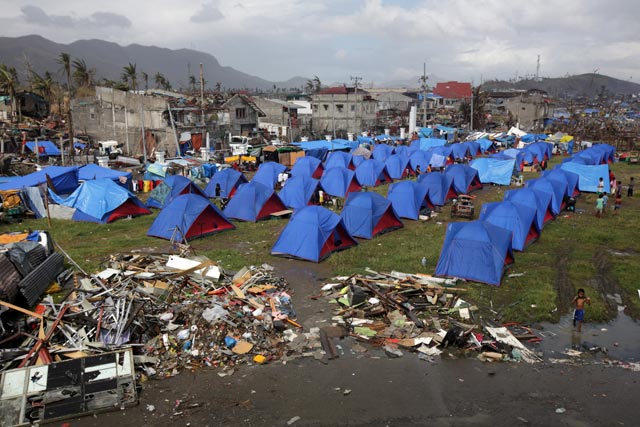 872,727 families have been displaced. A total of 94,310 individuals are currently housed in 385 evacuation centers while 850,939 families are living outside. 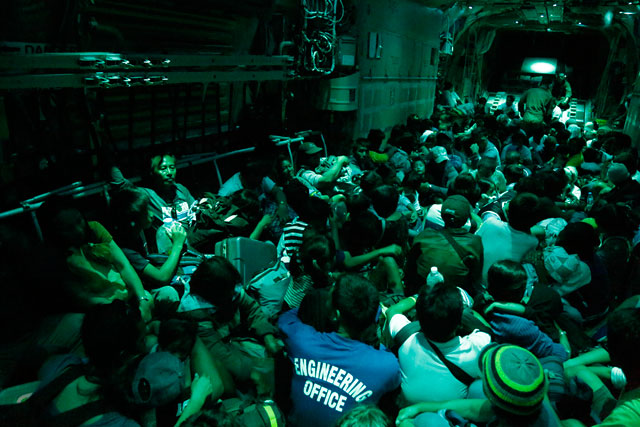 60,000 people were estimated to have left Eastern Visayas, with the majority going to Cebu and Manila. Approximately 10% of the families that landed in Manila are now living in evacuation centers, according to the UNHCR.

1.2 million houses. 599,121 houses were destroyed while 612,979 were damaged following the typhoon. Operations in Tacloban's Daniel Z. Romualdez Airport is still limited. To date, most water supply and communications systems have resumed services. Power outages is still being experienced in some areas in 5 regions. 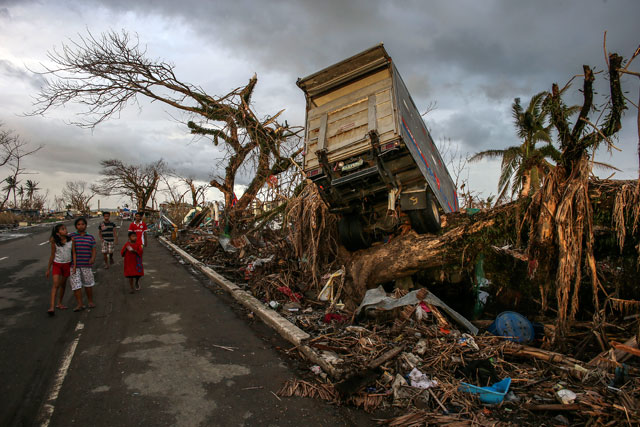 It was 5 days after the typhoon hit when aid and assistance started arriving to those who need it most. With the government having a hard time getting their act together, panic and chaos reigned in the typhoon hit areas. 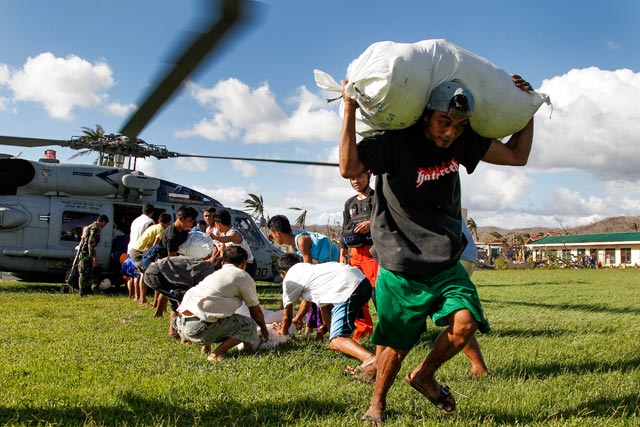 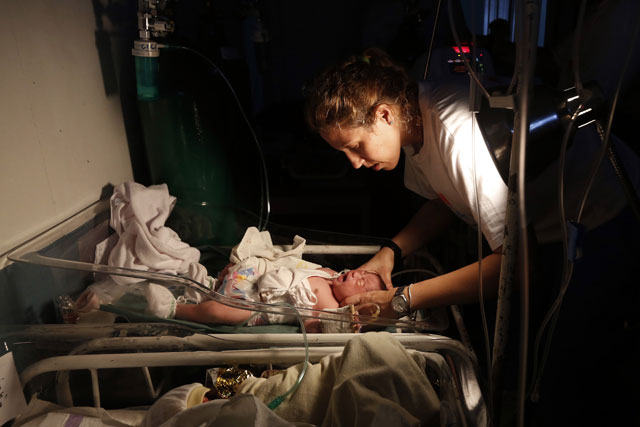 $348 million. The amount the UN requested for the Haiyan Action Plan to support the needs of the population affected by the extreme weather event. 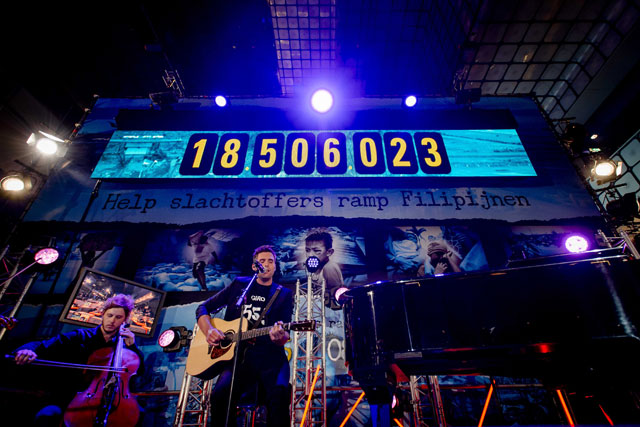 So far, $414 million has been pledged by international donors exceeding the UN's request. Based on OCHA figures, the United Kingdom tops the contribution chart offering $72,258,751 worth of assistance. 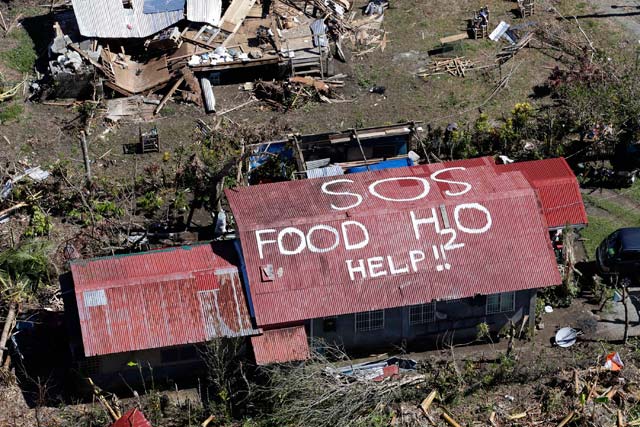