MANILA, Philippines – Social media was set ablaze on Tuesday, December 1, as US Marine Joseph Scott Pemberton was found guilty of homicide for the death of Filipino transgender woman Jennifer Laude.

Laude was found dead on October 11, 2014 at a motel in Olongapo City, where she was last seen with Pemberton.

The US Marine has been sentenced to 6 to 12 years in prison, and ordered to pay more than P4 million in damages to the Laude family.

After the ruling, “Laude” trended on Twitter worldwide, while "Pemberton" trended in the Philippines. 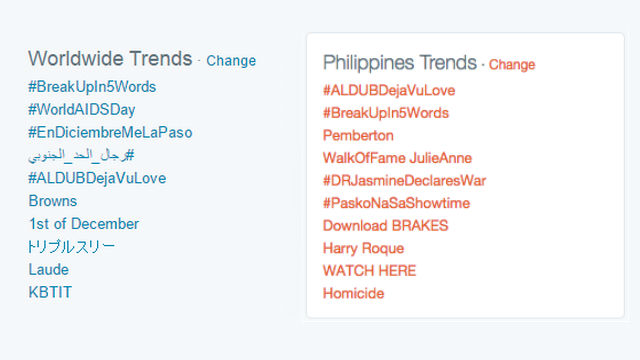 Netizens expressed mixed reactions over the verdict. Many were taken aback by the amount of compensation the Laudes will receive, the duration of Pemberton's sentence, and the court's decision that the killing was homicide and not murder.

Rappler is also getting feedback on the verdict through polls on Facebook and Twitter, with more users on both platforms agreeing with the court's decision as of this writing.

What do you think of the verdict in the Pemberton case? Write about it on X. – Rappler.com/Noel Lopez

Noel Lopez is an intern with Rappler's Social Media Team.