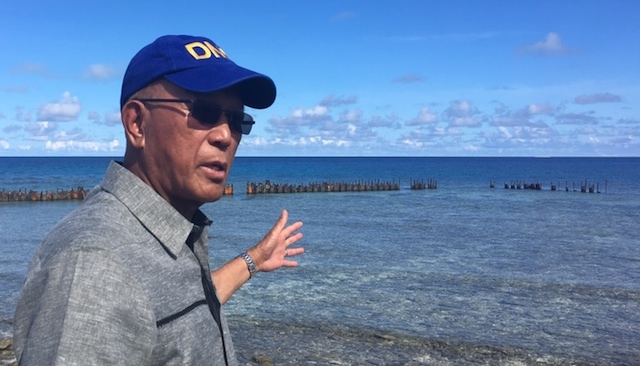 Defense Secretary Delfin Lorenzana and Armed Forces of the Philippines chief General Eduardo Año led various activities in the island occupied by Filipino troops and about a hundred civilians. 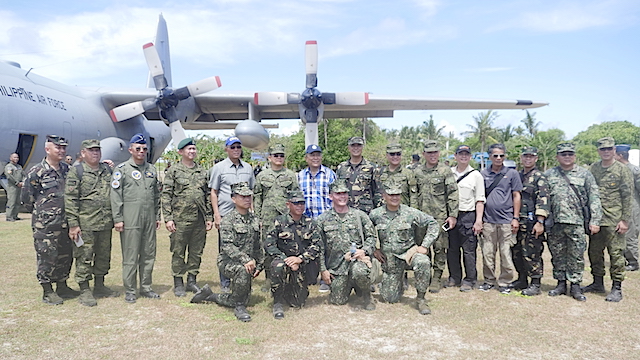 They arrived in two Philippine Air Force planes. Both were challenged by China.

Lorenzana said the challenge appeared to have come from the Chinese "base" in nearby Subi Reef, which has been turned into an artificial island. It is less than 20 nautical miles from Pag-Asa Island and developments there could be seen with the naked eye.

Lorenzana also shrugged off a possible diplomatic protest from China over their visit to Pag-Asa.

"It's a normal visit within our territory...to know the conditions of our people here," said Lorenzana.

Pag-Asa Island, the second biggest naturally occuring island in the entire South China Sea, is the seat of power for the Kalayaan Group of Islands (Spratlys). It has a municipal hall and a school building among other facilities.

National Security Adviser Hermogenes Esperon Jr echoed Lorenzana in an interview in Manila later that day, but added that though such a challenge "normally happens," it's something the Philippines does not take lightly.

"We mind. We mind and we respond appropriately, we have our challenges and answers, protocols," he said.

If a challenge's tone warrants it, a note verbale may be sent by the Philippine government to the challenging country.

"If it is bad enough then that could be basis for some note verbales," said Esperon.

A flag raising ceremony was held upon the arrival of the officials, who toured the facilities on the island.

The President had also said that he "might" raise the Philippine flag on Pag-Asa island on June 12, Independence Day – a move seen to infuriate China – but he later backtracked.

China claims almost all of the South China Sea.

Duterte is pursuing an "independent foreign policy" that seeks to foster improved relations with countries like China and Russia, while maintaining the Philippines' strong ties with its oldest and most powerful ally, the United States. – With a report from Pia Ranada/Rappler.com