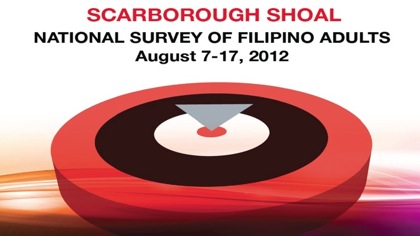 MANILA, Philippines – Amid controversy over the government's backdoor negotiations with China on Scarborough Shoal, a survey showed majority of Filipinos are worried about the territorial dispute.

An August 7 to 17 survey of 1,500 Filipinos across 77 provinces by Laylo Research Strategies revealed that 7 in 10 or 69% are concerned about the issue, 24% are undecided and 7% do not consider it worth their while.

Among those polled, Visayans expressed the highest level of anxiety with 77% of them articulating their fears. 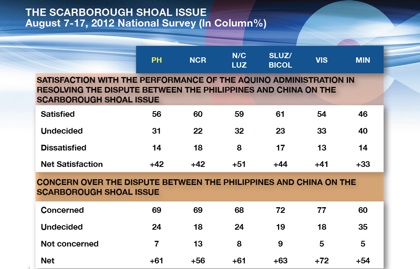 SO FAR, SATISFIED. Rating for the administration is highest in Southern Luzon/Bicol. 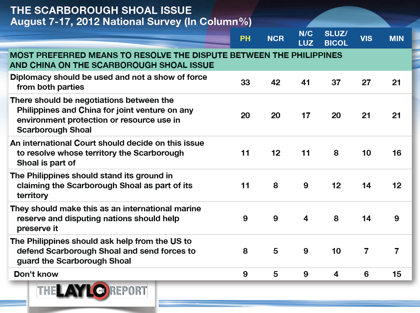 DIPLOMACY. Most Filipinos prefer a more diplomatic approach to this territorial dispute.