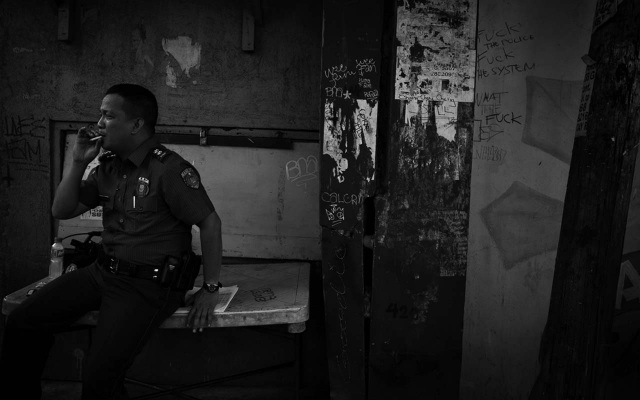 MANILA, Philippines – A self-confessed vigilante claimed the chief of a Manila police station gave out orders to kill suspected drug personalities in Tondo.

At least 9 sources told Patricia Evangelista and Carlo Gabuco during their 6-month investigation that the police actively supported the vigilante killings of Confederate Sentinels Group (CSG) Tondo Chapter 2. One even identified the group as “the killing arm of the police.”

In Part 2 of the 7-part Murder in Manila series, "The Cops Were Showing Off," Simon* and Angel*, two vigilante killers, identified Police Superintendent Robert Domingo of Police Station 1 along Raxabago as one of the police officials who ordered the extrajudicial killings of criminals and drug suspects from late 2016 to early 2017.

Simon said it was him who gave Ricardo Villamonte, also known as Commander Maning, the target list while his cops under PS-1 Raxabago would even give vigilantes the go-signal for a job inside Tondo.

Another vigilante previously mentioned the name of Domingo to a veteran journalist, who told Rappler about it.

Another source who resides in the same area as a number of vigilantes recalled a conversation with one killer: “He said it was the colonel from Station 1 who paid them to kill."

Despite repeated requests, Domingo refused to comment on the story. Commander Maning, while denying the CSG was involved in murder, remained silent when asked during an interview about police involvement.

For Angel, the implication of at least 6 of CSG members in at least 4 murders and the subsequent police raids against vigilantes felt like a "sabotage," considering that they had acted as force multipliers of the police on the ground.

Among those murdered was 16-year-old Charlie Saladaga. He was abducted, shot in the face, and tossed into the breakwater of Isla Puting Bato in Tondo. Three suspects, identified to be members of the CSG by Saladaga’s sister, were presented in a press conference led by then police director general Ronald dela Rosa in February 2017.

But Angel said that the men the police arrested were "like us.... the police’s men on the ground.”

Simon, meanwhile, told Rappler “I know [General Dela Rosa] knew about us. But he was on TV. Of course he wanted to be a star.”

READ MORE ON THE MURDER IN MANILA SERIES:
PART 1: 'Some People Need Killing'
PART 2: 'The Cops Were Showing Off'
Part 3: 'Get It From the Chief'

Editor's notes:
All quotations have been translated into English.
Rappler has changed or withheld their names for their own safety at their request.