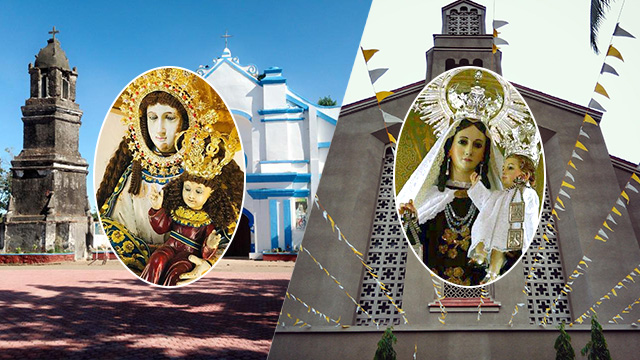 MANILA, Philippines – The Our Lady of Mount Carmel and La Virgen Milagrosa de Badoc Shrines in Quezon City and Badoc, Ilocos Norte, respectively were granted the title 'minor basilica' by the Vatican - increasing the number of basilicas in the country to 15.

According to Br Anthony Domingo, Shrine Curator and Confraternity Chairperson, they are in “heartfelt, pure and sincere gratitude” after learning about the Vatican’s approval on the feast of St. John of the Cross, a popular Carmelite saint.“We owe this to them [devotees] and to our beloved Bishop who most willingly endorsed our petition to the Catholic Bishops Conference Philippines and to the Holy See. They are the ones who supported us especially in all our liturgical celebrations and pious devotions,” said Domingo.Meanwhile, in Ilocos Norte, Bishop Renato Mayugba encouraged the faithful in the diocese to ‘rejoice’ as he announced the elevation on the 3rd Sunday of Advent – also called Gaudete Sunday, or the Sunday of Joy.“The church once again bids us to be joyful, insisting that we have every reason to rejoice,” the prelate said in a letter dated December 16.The preparations for the solemn declaration of the two churches are now underway. The Mount Carmel church is eyeing it in March next year while the date for the Badoc church will be announced on December 27.The title minor basilica which also entails the eligibility to some ecclesiastical privileges because of its “special bond of communion with the Pope” is granted to a church that meets certain criteria such as antiquity, dignity, historical value, architectural and artistic worth, and significance as centers of worship.

In 2015, the Our Lady of Manaoag church in Pangasinan was also granted the elevation. Other popular minor basilicas in the Philippines include the Manila Cathedral-Basilica, Quiapo church and the Minor Basilica of the Sto. Niño de Cebu. – Rappler.com