MANILA, Philippines – A combative Navy Rear Admiral Alexander Lopez began his watch of the West Philippine Sea (South China Sea) this week as the country struggles to get the region’s support in curbing China’s aggressive buildup in disputed waters.

Undeterred by the shortage in the necessary capabilities, the new Western Command (Wescom) chief boasted of the troops’ commitment to guard the country’s claims.

“Marahil, maliwanag pa sa sikat ng araw ang nagbabantang pagkamkam at pati na pagyurak ng ating yamang-dagat sa kanlurang bahagi ng ating bayan (The threat of occupation and even the desecration of our maritime resources in the western part of our country is as clear as sunshine),” Lopez said in his speech at the change of command ceremony at Wescom headquarters in Palawan on Wednesday, August 13.

Lopez didn’t mention China in his speech – military officers hardly do because of a supposed Palace gag order –  but the message is clear.

“May kaliitan man ang ating Sandatahang Lakas kumpara sa ating mga kalapit-bansa, makakaasa naman po kayo na buo at matibay ang aming loob sa pagbabantay at pagpapaigting ng seguridad ng ating bayan (Our Armed Forces may be a small compared to our neighbors’ but you can expect our wholehearted and strong commitment to guard and intensify the security of our country),” Lopez added.

China rejected the proposal, however, and said it "can build what it wants in the South China Sea." (READ: Philippines’ problem: China thinks there is no problem)

Wescom is in charge of Palawan and the West Philippine Sea, including Scarborough Shoal off the cost of Zambales province in Luzon following adjustments to the command's coverage last year.

The military recognizes it is a complicated balancing act of defending the country's claims without escalating the tension in the disputed waters.

"The future of Philippine sovereignty lies in the hand of this command. Indeed, of all the units in the Armed Forces, it is the Western Command that is entrusted to be in the frontline of protecting our country's sovereignty," said Armed Forces chief General Gregorio Catapang Jr.

It's a "gargantuan task," Catapang said. "It is not easy to guard our territories in the highly-disputed West Philippine Sea, we all know that the sea is a very fragile flashpoint. One wrong move and the situation can escalate into a crisis," he added. 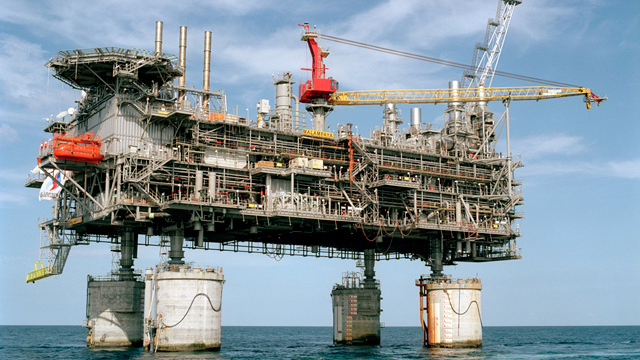 The post was not supposed to be for Lopez. His classmate in the Philippine Military Academy (PMA) Class of 1982, Air Force Major General Nicanor Vivar, was supposed to get Westcom. But last minute changes brought Lopez back to Palawan, where he was once deployed. Vivar was appointed to head the Cebu-based Central Command (Centcom), which is in charge of the Visayas.

It's a sort of a homecoming for the decorated soldier, who previously served as commander of Joint Task Force Malampaya. It is also one of Wescom's critical tasks to guard the gas field located off Palawan that supplies power plants that provide 40% of the electricity needs of Luzon.

Lopez would become commander of the Fleet-Marine Ready Force and then deputy chief of staff for Education and Training (J8) before his appointment as Wescom chief.

Lopez finished in 2000 a course on Naval Staff College at the Naval War College in Rhode Island, US. In 2001 he completed a Defense Resource Management Course in Australia, and earned his Master in Business Economics at the University of Asia and the Pacific.

Catapang said it's time to put a Navy officer in Westcom.

"The work is here is more for the Navy – naval projection. We need to protect our national interest, including the Malampaya gas field. He came from here, after all. You don't have to train somebody else. The learning curve in the Armed Forces can be difficult if you're not familiar with the work. Admiral Lopez already knows what to do," Catapang said.

The naval station in Palawan's Ulugan Bay, a strategic body of water that faces the West Philippine Sea, is seeing a lot of developments because of the military's shift from internal security to territorial defense. (READ: State of PH Navy modernization: 'Golden Days will return')

Wescom's Naval Forces West (Navforwest) was relocated in 2013  to a barangay facing Ulugan Bay from another barangay facing Honda Bay on the eastern part of Palawan Island. It means, among others, quicker deployment to the West Philippine Sea.

The naval outpost in Oyster Bay, a bay on the mouth of Ulugan Bay, is also being developed to become the operational base of the country’s warships. It is one of the areas that the Philippines wants the US military to use under the Enhanced Defense Cooperation Agreement. The first official meeting to discuss EDCA locations will be held in October. (READ: Construction begins in 'US base' Oyster Bay)

These developments created new problems, however. Residents around Ulugan Bay have expressed concern about their livelihood and the environment. (READ: Oyster bay fishermen worry about naval outpost)

Lopez vowed that the local government units and other stakeholders will be constantly consulted to come up with "pragmatic and sustainable approaches."

Wescom is also dealing with the communist insurgency although their numbers have supposedly diminished.

In the tradition of the Navy, Lopez wished his predecessor fair winds, clear skies, and flowing seas as he leaves the military service. And then he bowed down and ended his speech with a prayer. His watch begins. – Rappler.com