Claim: Derek Chauvin, the police officer charged with second-degree murder, third-degree murder, and manslaughter for the death of George Floyd, was found dead in his apartment.

Website randomnames.club contained a supposed embed of a CNN post with the caption: "DEREK CHAUVIN Police Officer Who Killed George FIoyd Found Dead inside His Apartment Last Night." The post did not specify a date.

A video of what appeared to be a breaking news report by CNN was attached to the post, with the headline "Derek Chauvin beaten and killed by rioters." 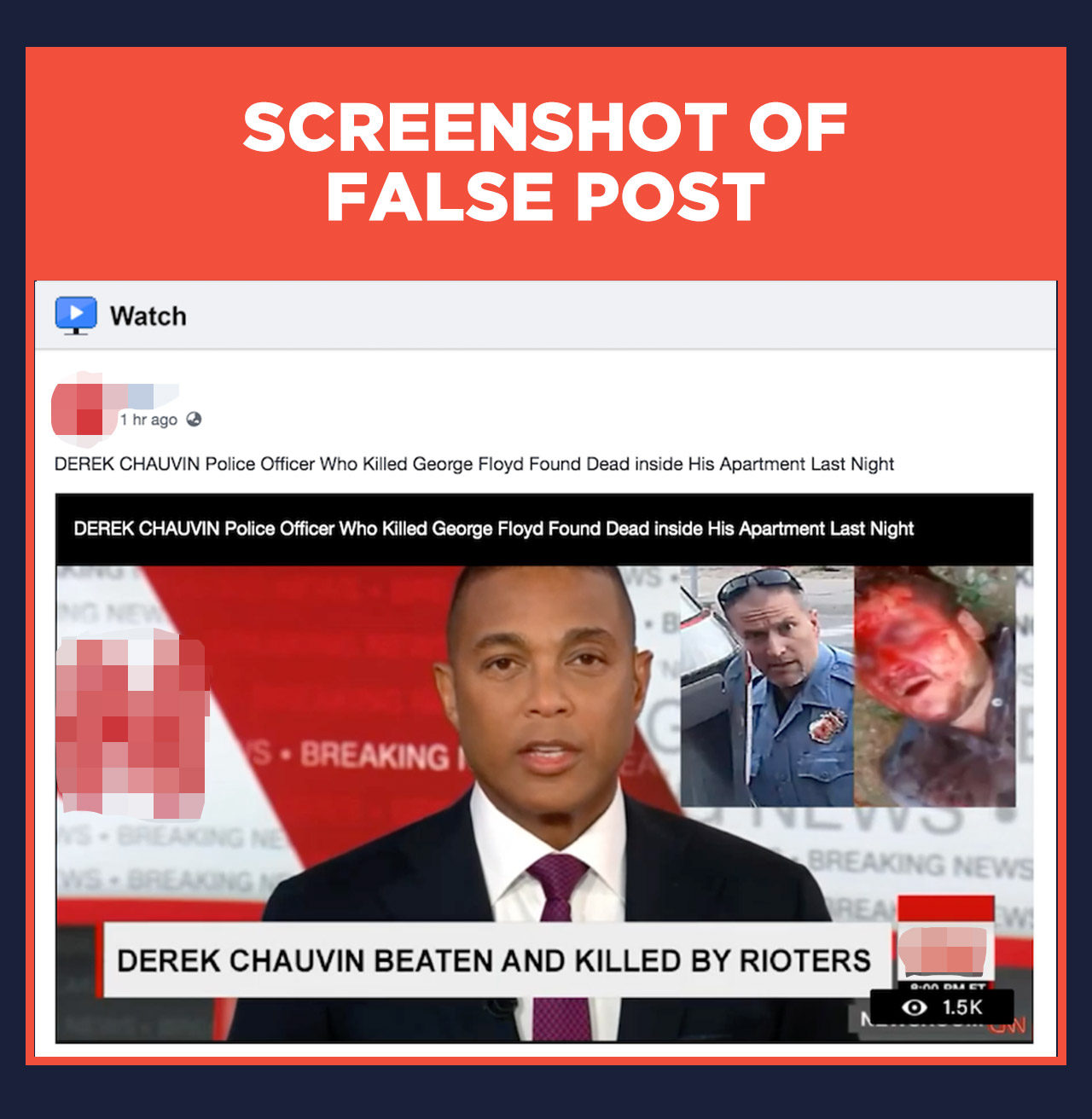 Multiple links to this site were flagged by Facebook's Claim Check, a tool for detecting potentially false content.

The facts: CNN did not report Chauvin's death, nor did any other legitimate news sites.

The video on the site was 15 seconds long of an intro by CNN anchor Don Lemon. It did not contain any details of the supposed death of Chauvin.

Further, Chauvin made his first court appearance on June 8. The video was uploaded on May 29.

It was uploaded by YouTube channel Vicky Marcelino, which posted other death hoaxes, including those of Johnny Depp, Harrison Ford, and the killers of Ahmaud Arbery, an unarmed black jogger who was fatally shot. It also posted a video containing the claim that the SSS approved financial aid worth P20,000 for every member, which Rappler earlier debunked.

This is also not the first time that the site randomnames.club published false claims. In the past, Rappler debunked its post that hostage taker Alchie Paray was found dead in his jail cell.

Chauvin was filmed pressing his knee on Floyd's neck for around 9 minutes. Floyd's death ignited protests against racial discrimination and police brutality in the United States and around the world. Chauvin faces up to 40 years in prison if convicted of the charges against him. – Loreben Tuquero/Rappler.com