Claim: Corpses are scattered across a street in Wuhan, China after being infected with the novel coronavirus.

A Facebook user named Tommy Cantilado shared this post with the caption "Kakulba ba," which translates to "This is nerve-wracking." 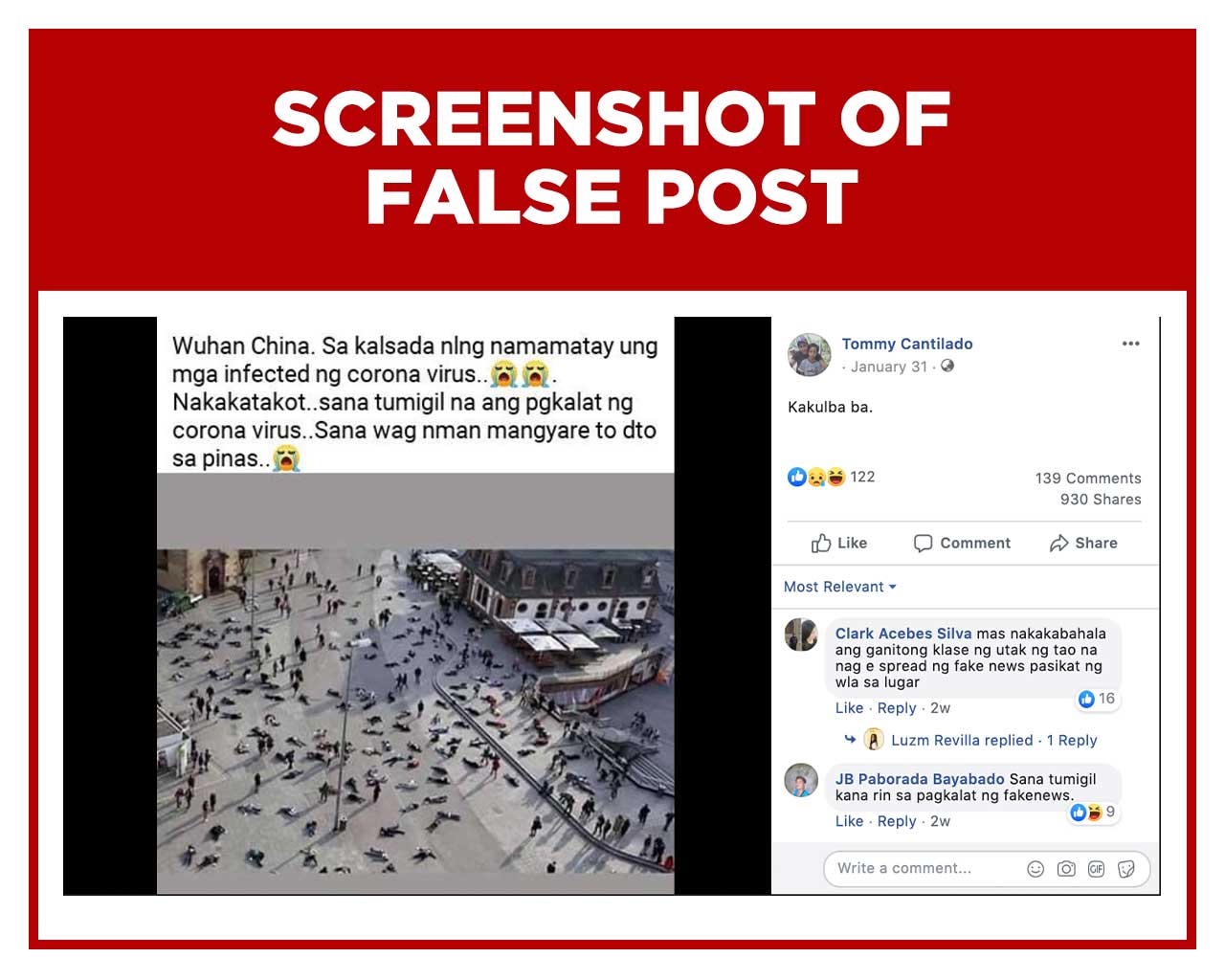 The post was flagged by Facebook Claim Check, a monitoring tool that identifies potentially false posts spreading on social media.

As of writing, the post has been shared 930 times and has gotten 122 reactions and 139 comments.

The facts: The photo was taken on March 24, 2014, depicting people who lied down on a pedestrian zone for an art project remembering the Katzbach Nazi concentration camp victims.

A reverse image search showed the photo on a South China Morning Post gallery, crediting the photo to Reuters. The original photo was taken by photographer Kai Pfaffenbach.

The false photo brings to mind a real instance in January when a dead man was found on an empty street in Wuhan.

To date, the coronavirus cases in China passed 70,000, with the death toll in mainland China rising to 1,765. – Loreben Tuquero/Rappler.com