SC told: Grace Poe as foundling ‘half the story’

MANILA, Philippines – In most of the 5 oral arguments on the ineligibility cases facing presidential candidate Grace Poe, the Supreme Court may have given inordinate attention to her status as foundling, glossing over the fact that she is a former naturalized American.

Poe is questioning before the highest court the Commission on Elections’ (Comelec) decision to cancel her certificate of candidacy (COC) on the grounds that she misrepresented her citizenship and residency. The Constitution requires candidates for the presidency to be natural-born citizens and to have been residents in the country for 10 years.

In the 5-hour final hearing on Tuesday, February 16, the Court’s emphasis on issues surrounding foundlings surfaced in the exchange between Justice Francis Jardeleza and Comelec Commissioner Arthur Lim who is also counsel of the poll body. Jardeleza maintained his position that the Comelec violated the equal protection clause of the Constitution by demanding a “higher hurdle” for foundlings in proving that they are natural-born citizens.

Asking for DNA as proof of parentage is “odious and discriminatory,” Jardeleza said. “It is cruel to dangle this vain hope.” (In a previous oral argument, he spent about 2 hours questioning the Comelec commissioner.)

It was then that Lim raised the issue that Poe’s being a foundling is only “half the story…She happens to be a foundling who renounced her Filipino citizenship, completely severing ties to her native country. She took an oath of allegiance… and swore to bear arms for the US…We do not condemn her for doing this but actions have consequences.”

He continued: “There are 3,999 other foundlings who never renounced Filipino citizenship.”

But the series of oral arguments showed that the justices are divided on the weight  of the evidence on Poe’s residency.

'Silence' of the Constitution

How the justices will decide on this case will depend on their interpretation of relevant parts of the Constitution apart from their appreciation of the evidence. It remains to be a cliffhanger, a close vote.

Will they stay with the text of the Constitution? Will they be guided by deliberations of the constitutional convention, particularly that of 1934 where a few delegates discussed foundlings and citizenship? However, this did not find its way in the 1935 Constitution – making it silent on this issue.

Jardeleza first brought up the issue of dealing with “silence” in the Constitution in the 4th round of oral arguments, quoting Harvard professor Laurence Tribe. He was saying that what is not mentioned is not necessarily prohibited and that underlying principles should be examined. 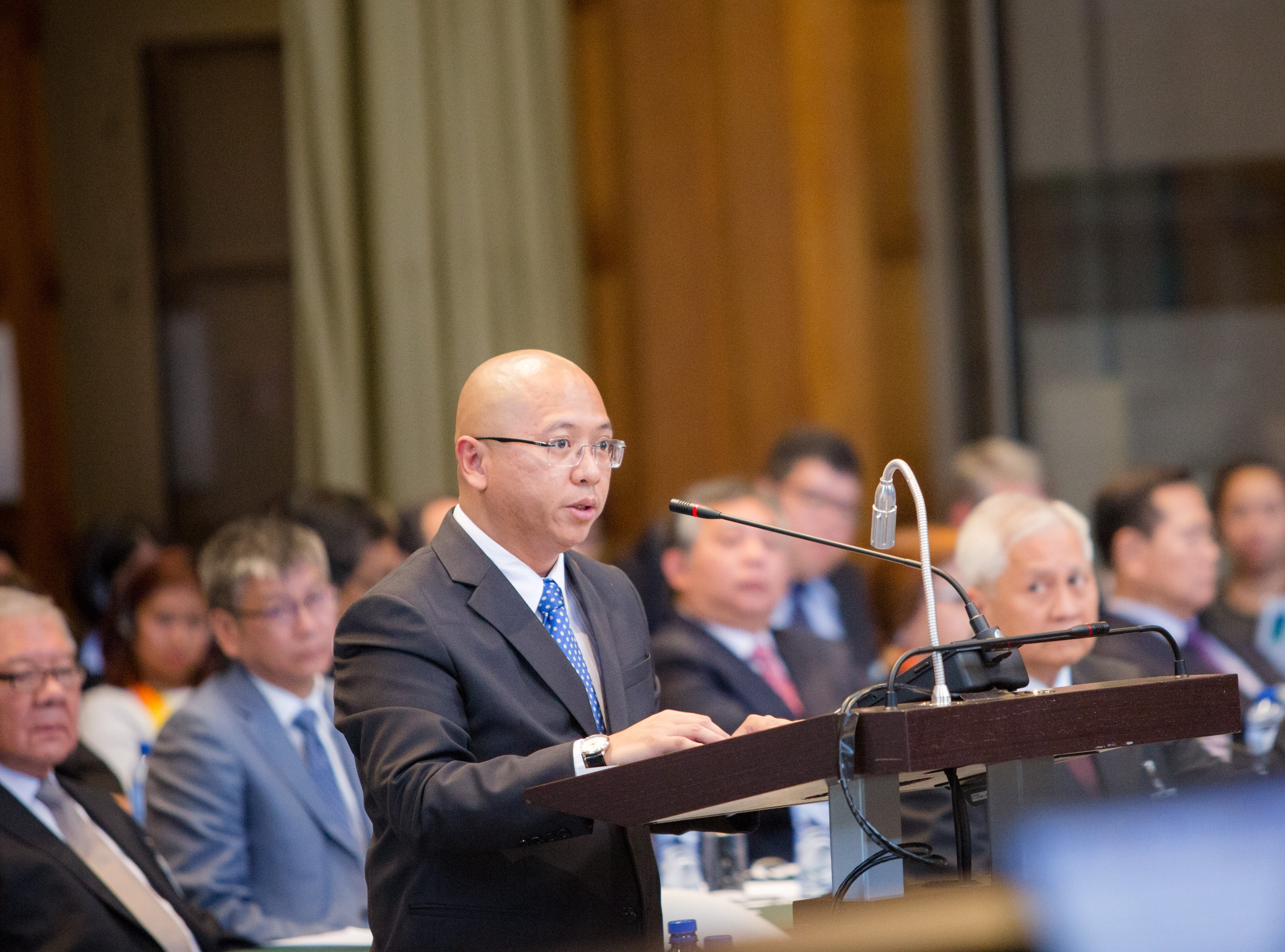 IN DEFENSE OF FOUNDLINGS. A file photo of Solicitor General Florin Hilbay.

Solicitor General Florin Hilbay also cited this when he appeared before the Court in the final hearing on Tuesday. Hilbay succeeded Jardeleza as solicitor general and it was Jardeleza who recruited him to the Office of Solicitor General.

(By coincidence, the reference to Tribe was timely. Tribe took the position in a Harvard debate that Senator Ted Cruz, a Republican nominee for president in the US, is not a natural-born citizen. Cruz was born in Canada to a Cuban father and an American mother. “I am open to an expanded understanding of natural-born citizen…But it is at odds with the text, structure, and founding history of the Constitution,” Tribe said.)

The counsels will file their memoranda on Monday, February 22, and the Court is expected to issue its decision in March, at the earliest.

In earlier oral arguments, Chief Justice Ma. Lourdes Sereno focused on the rights of foundlings and urged Poe’s counsel to look at Philippine adoption laws which, she argued, presume foundlings to be Filipino citizens, rather than rely heavily on international laws.

Poe’s defense is anchored on international conventions including the 1930 Hague Convention and the 1961 Convention on the Reduction of Statelessness.

Justice Marvic Leonen has likewise taken the cudgels for foundlings.

In her defense, Poe has enumerated several actions she took to show that she has fulfilled the 10-year residency requirement, including enrolling her children in local schools and moving her stuff from the US to the Philippines. She presented an e-mail to a moving company about using 3 container vans to transfer her family’s belongings.

To emphasize this point, Sereno flashed a slide of 3 container vans on top of one another. She then asked Lim: “Are you familiar with these?”

“Yes…I am a former maritime lawyer,” the Comelec counsel replied.

Sereno said that these showed that Poe “relocated” and had the intention to stay in the country. The slide also showed 2 pictures of the interiors of a furnished house, apparently simulations of what the contents of the vans could fit into.

Sereno continued on this line of questioning, asking Lim if US schools are of the same level as those in the Philippines. “She pulled her children out of the schools [in the US],” apparently implying that transferring them to the country meant seriousness of intent because Poe would be putting them in local schools which may be of lesser quality than those in the US.

Poe counts the start of her residency from May 2005 when she returned to Manila. Comelec, for its part, uses July 2006 as reckoning point because that was when Poe took an oath of allegiance to the Philippines. Justice Mariano del Castillo, who will write the decision, suggested in a previous hearing that the count begin in October 2010 when Poe renounced her US citizenship. If the count of Comelec and Del Castillo are used, Poe falls short of the residency requirement.

Justice Antonio Carpio in earlier hearings has argued that a permanent resident visa and an alien registration’s certificate, which Poe did not acquire when she returned, are hallmarks of one’s intent to stay in the country.

Another point emerged in the last round of oral arguments: that Poe acquired a residential property in the US in 2008. This came after she sold their family home in 2006.

It was lawyer Amado Valdez, one of those who questioned Poe’s eligibility before the Comelec, who included this in his pleading, citing the senator’s 2014 statement of assets and liabilities as source.

Del Castillo asked Valdez what was the significance of this piece of information. “This shows competing domiciles,” Valdez said, “negating her choice of the Philippines as chosen domicile.”

In the case of Hilbay, he refused to defend the Comelec but was still asked by the Court to make his case as “tribune of the people.” (This term refers to a solicitor general who disagrees with a government agency-client.)

Hilbay took the side of Poe both on residencyand citizenship.

It is unclear how much weight will be given to Hilbay’s assertions since he was not representing any of the parties. Lim told Rappler that he could be considered an amicus curiae, a friend of the court.

Meantime, the cloud of uncertainty over the fate of candidate Poe continues to hover. – Rappler.com