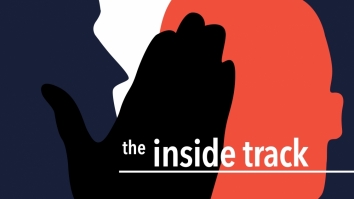 Officials from different government agencies joined forces on Tuesday, May 2, in a forum dubbed “RealNumbersPH". The forum was organized by several agencies led by the Philippine Drug Enforcement Agency (PDEA) and the Philippine National Police.

From 3 to 5 pm, representatives from different agencies took turns presenting video after video, and sought to debunk claims that President Rodrigo Duterte’s popular but controversial war on drugs advocates the violation of human rights and is as bloody as local and international media paint it to be.

Social Welfare Assistant Secretary and staunch Duterte supporter Lorraine Badoy, one of the speakers, said the forum was a “push back” against the apparent lies being peddled about the war on drugs.

“We’re here because a narrative is being pushed down our throats, di ba? And not just that, but the whole international community, and it’s patently false. We’re here because we’re pushing back. It’s not true. We are a country that’s getting better every single day that the President is there,” she said, reacting to a question about how other people can help in the campaign.

The forum hoped to present a “clearer picture of results of the government's fight against illegal drugs” and to “clarify the confusing and divisive numbers in the government’s campaign,” said host and De La Salle professor Antonio Contreras.

But if the point was to clarify the often confusing numbers in the campaign again illegal drugs, #RealNumbersPH might have fallen short.

Reporters who've been covering the drug war from day 1 found nothing really new. For example, PDEA’s insistence that there are 4 million* drug personalities in the country, that the health department and the social welfare department work hand in hand in the rehabilitation of drug users, or that the PNP has tallied more arrests than deaths in the drug war – are old hat.

(*The Dangerous Drugs Board, which creates anti-illegal drugs policies, pegs the figure at 1.8 million current drug users. The PNP likewise uses the 1.8 million figure in measuring their successes but alternately uses the 4 million figure, citing Duterte and PDEA.)

Speakers also included a priest who has been working on curbing illegal drugs for decades. Audience members included the media, civic society, and “Republic Defenders”, a group of private individuals “bound together to defend the Republic, its Constitution, and whoever is the President.”

“This is an all-hands-on-deck situation. The President is doing a marvelous job. Every day, he just ignores and he just keeps on going on, keeps on keeping on. The police, they’re doing their job and it’s fantastic,” added Badoy.

The PDEA said that to date, law enforcement personnel have seized over P14.49 billion worth of illegal drugs in less than a year. Oplan Tokhang – a PNP-led “knock and plead” operation to make drug users and pushers surrender – has resulted in the “surrender” of 1.266 million drug personalities, PDEA said.

And although her name was never mentioned during the 3-hour televised forum, the need to “clarify” presumably stemmed from a video message of Vice President Leni Robredo in mid-March 2017.

“We are now looking at some very grim statistics: since July last year, more than 7,000 people have been killed in summary executions,” said Robredo, in an infamous line that would become the basis of criticism against her and the media, including Rappler.

(Rappler, however, never reported that 7,000 people have been killed in summary executions. Instead, we said the over 7,000 deaths were linked to the war on drugs and that the deaths were from both legitimate police operations and vigilante-style or unexplained killings. We had also pointed out that the term and category "deaths under investigation" was introduced by the police only when the drug campaign began in July 2016 and after they were asked by the media about the dead bodies found on the streets killed vigilante-style.)

The PNP has insisted the 7,000 figure is wrong. Based on the latest police data, 2,717 suspects have been killed in police anti-illegal drug operations since July 2016. Another 9,432 deaths are called “homicide cases under investigation,” of which 1,847 are “drug-related.” That brings the total to 4,564 deaths linked to the drug war.

Quipped one reporter during the forum, "They could've just given us the numbers without having to go through all this."

Another 5,691 homicides from July 1, 2016 to March 21, 2017, are still under investigation – meaning police have yet to determine if they’re linked to illegal drugs or not.

The police force is particularly allergic to labelling any death an “extrajudicial killing” – whether it’s related to drugs or not. The Duterte government has argued that extrajudicial killings – as defined by an Aquino-era order – does not exist in the country.

“It’s not just semantics because the use of the word EJK has an emotional meaning. If you go to the Western countries… it agitates them. The more you use EJK, the more it agitates them. It’s like saying, the American…Negro. If you say to an American, you’re a negro, it agitates him. If you say to an American, you’re a black man, it does not agitate him,” said interior department Assistant Secretary Epimaco Densing, who had also led an “independent” human rights probe that showed police did not violate human rights.

Densing, who noted he was a human rights defender as well, went on to define what human rights violations mean in the country.

Watch his full answer during the Q&A here:

Communications Secretary Martin Andanar said the information presented in the forum would be posted at the Philippine Information Agency (PIA). – Rappler.com

Inside Track is Rappler's intelligencer on people, events, places and everything of public interest. It's a take-off from Newsbreak's Inside Track section. Contributions are most welcome. Just send bits of information to investigative@rappler.com.