MANILA, Philippines – Freedom of assembly is part of every Filipino's constitutional rights, and over the years, this has been demonstrated in the form of protests and rallies petitioning the government to act on societal grievances.

When activists mount protests, there are rules set by law: according to the Public Assembly Act of 1985, rally permits are needed in mass actions staged and organized in a public place. Law enforcers, too, have their own guidelines to follow when dealing with protesters: they are expected to exercise "maximum tolerance" or the highest degree of restraint that peace keeping authorities should observe during the rally or dispersal of the protest.

These mass protests, however, don't always end peacefully. Rappler looks back at some of the rallies that turned into bloody clashes between police and protesters. 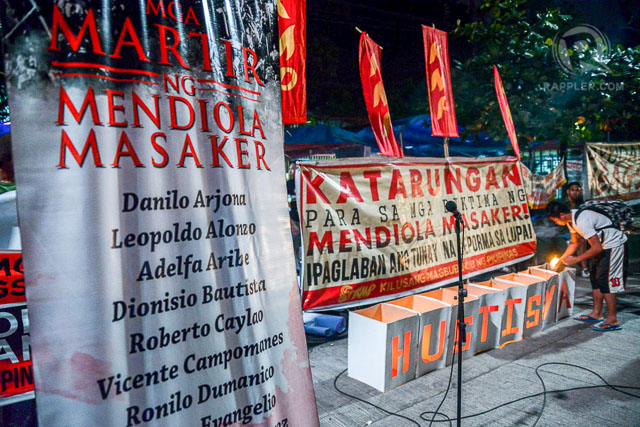 NIGHT BEFORE. On the eve of the 28th year commemoration of the Mendiola Massacre KMP members conduct a solidarity protest in front of DAR on January 21, 2015.

In January 1987, thousands of farmers seeking equal land distribution and decent wages staged a protest in Manila. Members of the Kilusang Magbubukid ng Pilipinas spent 8 days camping out at the agrarian reform department in Quezon City to call for genuine land reform. The farmers barricaded the ministry's offices as they aired their grievances on their poor working conditions and the lack of land ownership.

On January 22, 1987, the farmers began their march to Malacañang, seeking a dialogue with then president Corazon Aquino. By the time the 20,000-strong rallyists reached Recto Avenue, government forces opened fire as the protesters clashed with police. Thirteen farmers were killed, while at least 39 others bore gunshot wounds.

Now 29 years after what came to be known as the Mendiola Massacre, relatives of the victims are still calling for justice. None have been indicted for the death of the farmers, since the courts dismissed the class suit against the government. 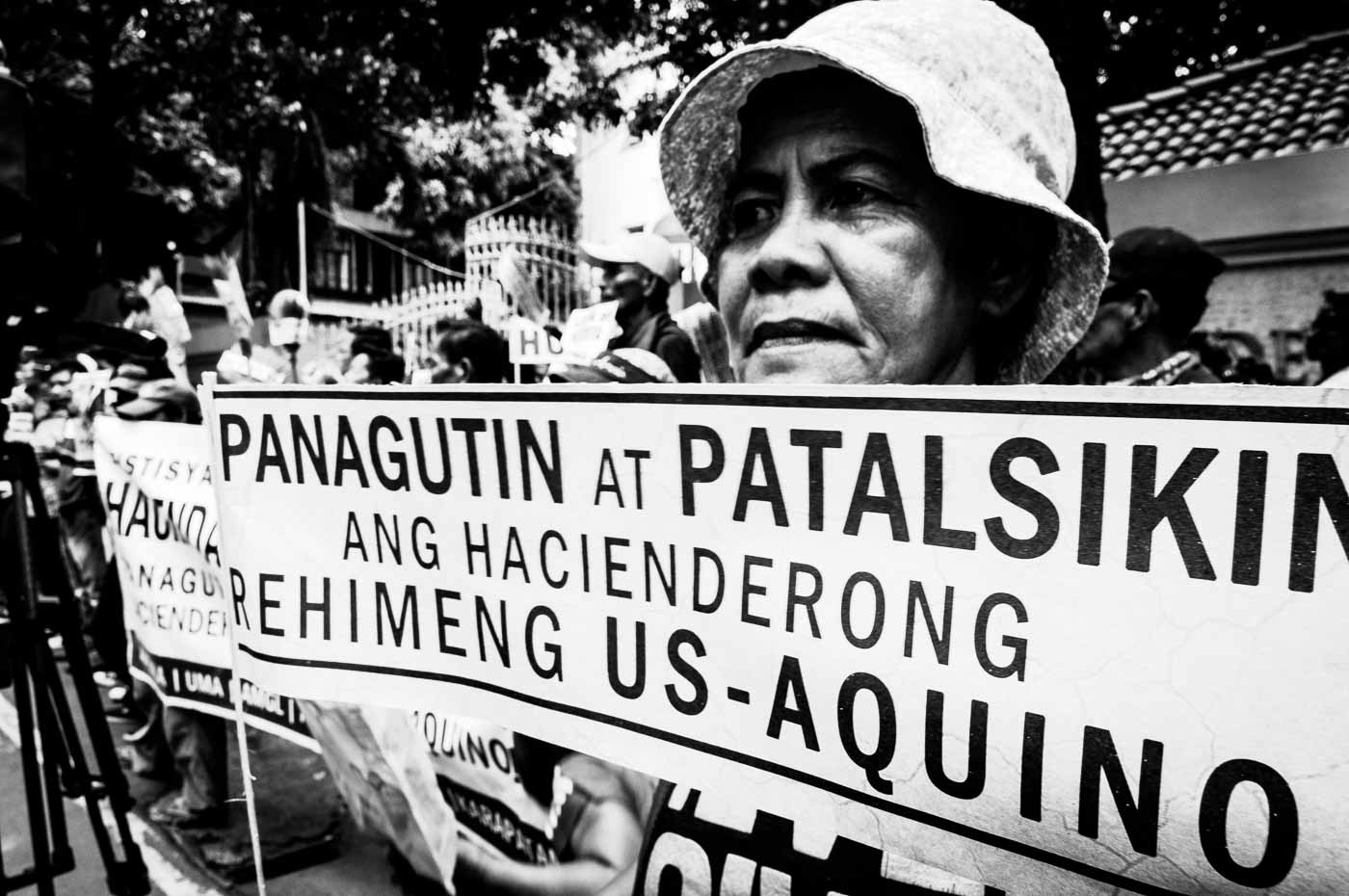 UNFAZED. Florida 'Ka Pong' Sibayan in front of the Department of Justice in Manila during APEC week.

The controversial sugar plantation Hacienda Luisita became the site of a bloody clash between strikers and members of the police and military on November 16, 2004. Prompted by the retrenchment of farm workers, around 3,000 workers in the hacienda launched a picket, opposing the retrenchment and criticizing the stock distribution option that would give them stocks instead of land.

Government forces were called in to disperse the protesters. According to a 2005 report of the National Bureau of Investigation, accounts from interviewed protesters maintained that the violence began when police bombarded them with water cannons and tear gas. Police personnel, meanwhile, said they only fired warning shots – a claim belied by witnesses and protesters, who said the police fired directly at the strikers.

The violence left 7 dead and 121 others injured. But the murder complaints against those implicated in the massacre were dismissed by the Ombudsman in 2005. Among those implicated were former president Benigno Aquino III, who was then the Tarlac representative at the time of the incident.

Aquino belongs to the influential Cojuangco clan who owns the hacienda. 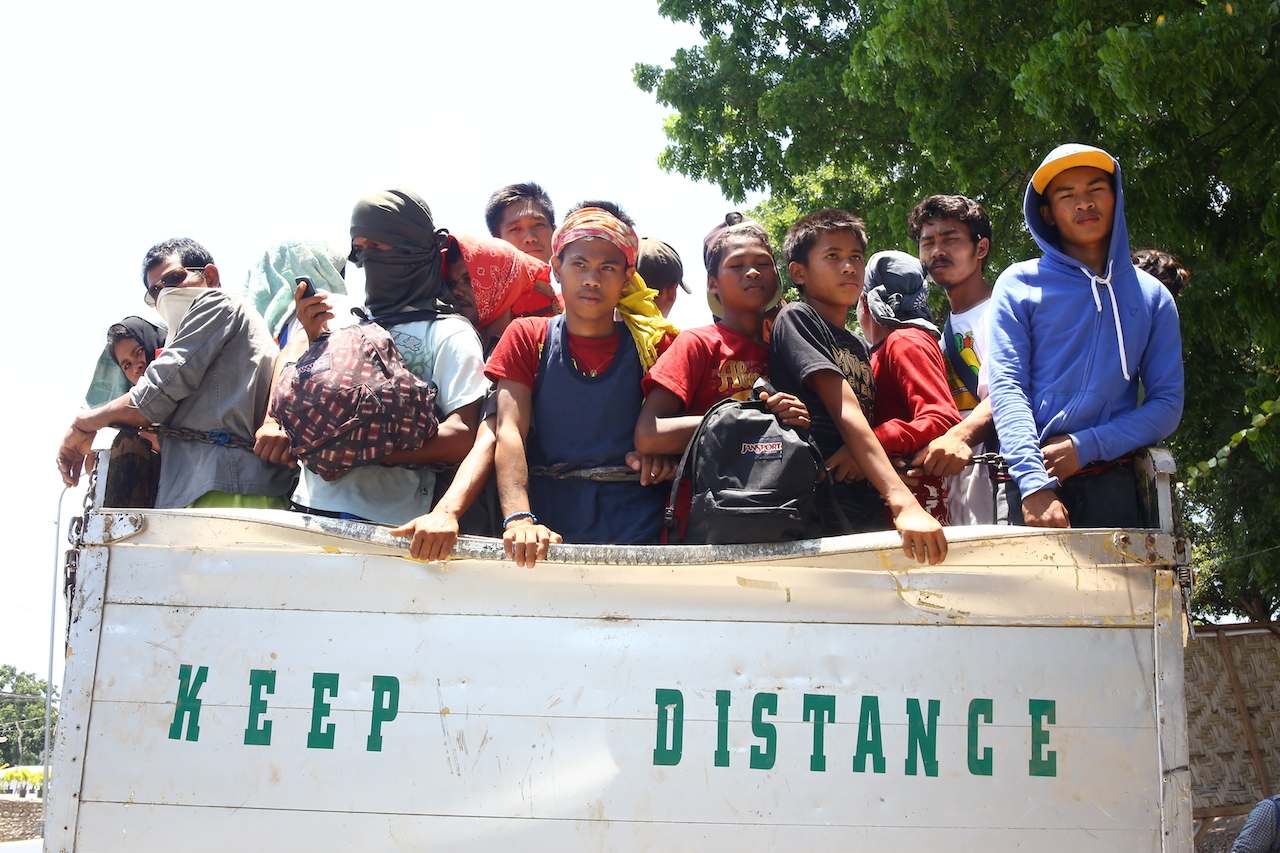 In late March 2016, thousands of farmers began their protest in Kidapawan, North Cotabato, to demand the release of calamity funds and sacks of rice. About 3,000 protesters blocked the Davao-Cotabato Highway starting March 30, calling for government assistance to help them cope with the effects of a drought.

On April 1, police received orders to disperse the farmers after their permit to rally lapsed. But the dispersal turned violent, with protesters hurling rocks, pieces of wood, and steel bars at the police. Shots were fired – although one police official later said that nobody had given the order to fire.

The bloody dispersal injured about 50 people and left 3 people dead, including two policemen. (READ: Kidapawan and the rice riots)

The incident drew outrage from various sectors, with many questioning the police's use of guns in the dispersal. At a public hearing in the Senate, North Cotabato Provincial Police Commander P/Supt Alexander Tagum claimed that his men were victims of the protesters.

The police also defended their use of guns, citing intelligence reports that there were active shooters in the crowd. (READ: Police in Kidapawan protest: Are we not human?) 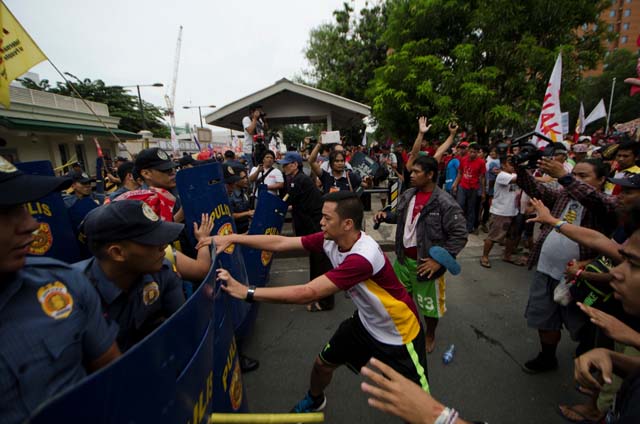 CLASH. Activists clash with police in front of the US embassy in Manila.

On October 19, 2016, indigenous peoples staged a rally in front of the US embassy in Manila to protest alleged military and US presence in their ancestral lands.

The protesters are part of the “Lakbayan ng Pambansang Minorya para sa Sariling Pagpapasya at Makatarungang Kapayapaan,” a caravan of minority groups from across the country.

According to organizers, the protesters were about to wrap up when policemen started dispersing them and set off tear gas. A police van rammed into the protesters, running over at least two people and injuring several others.

At least 50 people were hurt during the dispersal, with 10 rushed to the hospital.

The Philippine National Police said it would investigate the incident, although the police chief of the National Capital Region Office insisted the cops were not to blame. (IN PHOTOS: Police van runs over protesters; PNP orders probe)

At least 9 policemen were relieved following the violent dispersal. – Rappler.com