A hero's welcome for Marc Pingris

MANILA, Philippines - Jean Marc Pingris wasn’t sure he would play for San Mig Coffee in Game 7 after he sprained his left ankle in Game 6.

Pingris had been limping when he emerged from the dugout after losing to Petron in Game 6 and walked slowly out of the arena. He was not a 100 percent for Game 7. He had taken painkillers, taped his ankle and played through the pain. And even after the celebrations had died down, his ankle still hurt.

Pingris sprained his right ankle during Gilas Pilipinas’ monumental run for the FIBA Asia tournament. It affected his right hamstring but in the critical semifinal against South Korea, Pingris had 16 points and 10 rebounds as Gilas Pilipinas defeated their nemesis to enter the FIBA finals. 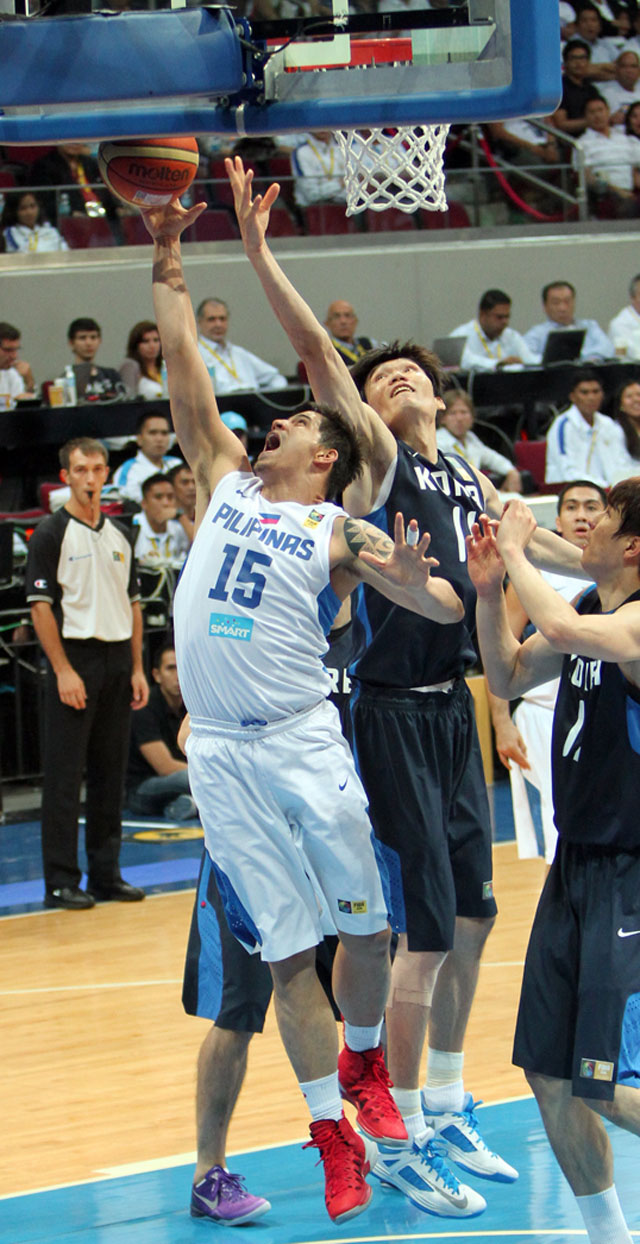 That’s when the chants of “MVP! MVP!” started to rock the SMART Araneta Coliseum.

With 30 seconds left, Pingris tried to save the ball from going out of bounds after a missed James Yap free throw. He lunged and landed onto people sitting on the sidelines. It was a turnover for the Mixers, but at that point, nobody really cared. Marqus Blakely went over to Pingris and helped his teammate up as everyone cheered.

Pingris let out his frustration for not saving the ball by hitting the hardwood.

In the next possession, Pingris found a way to let his frustration out by way of a clean, emphatic block on a shot attempt by Elijah Millsap with 21 seconds left. Mark Barroca then iced the game with two charities before a final foul sent Pingris to the line to set the final score at 87-77.

Pingris is exhausted from a long and eventful year where he starred for the Philippine team and returned to revive the Mixers’ hopes after it started with a 1-3 record.

Asked how tired he was, he exhaled deeply and managed a smile that spoke volumes of his dedication. “Sobra,” he said. “Sobrang pagod na ako.” (I'm very, very tired.)

As the balloons fell from above and the confetti colored the Big Dome, Pingris was sprawled on the court surrounded by thankful teammates.

The Pinoy Sakuragi received a well-deserved hero’s welcome from the league when he was proclaimed Finals MVP. He was welcomed by his supportive family when he climbed over to the patron area where his wife and children were waiting. He took his son and put him on his mighty shoulders for a romp around the court—even mouthing a thank you to coach Tim Cone while Cone was being interviewed on national television. 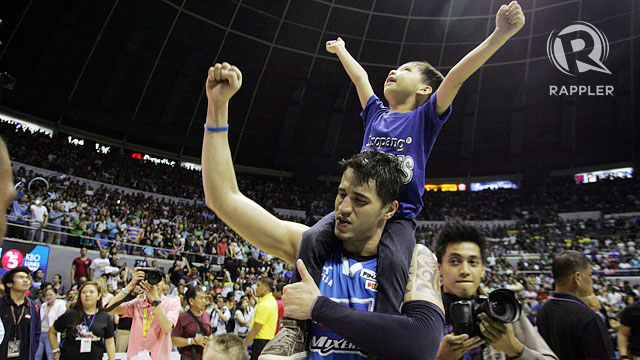 VICTORIOUS. Marc Pingris carries his son on his shoulders after carrying the SanMig Coffee Mixers in Game 7 of the PBA Governors' Cup Finals.