The day the NBA was rocked by an emoji war 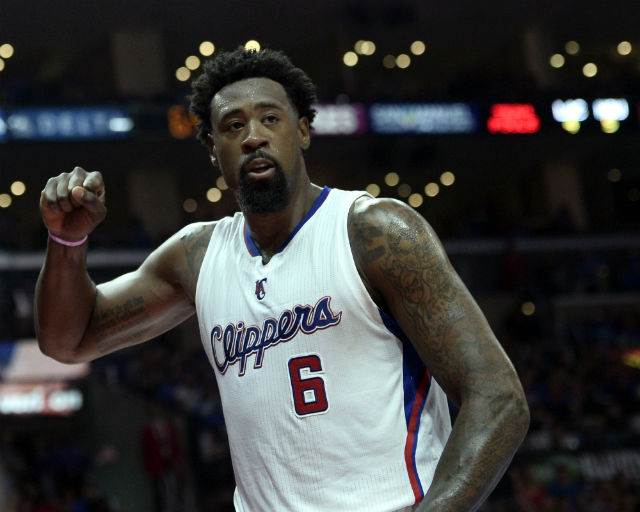 MANILA, Philippines – What was supposed to be a typical nonchalant night of the NBA offseason turned interesting after multiple reports surfaced that free agent big man DeAndre Jordan, who a few days ago agreed to a 4-year, $80 million deal with the Dallas Mavericks, was double-thinking his decision and considering a U-turn back to the Los Angeles Clippers.

Reports indicated that Jordan had called Clippers head coach Doc Rivers after verbally committing to the Mavericks and said he was re-thinking his choice, thus leading Rivers to fly to Houston - where Jordan resides in the offseason - along with team owner Steve Ballmer, Chris Paul, Paul Pierce, JJ Reddick, and Blake Griffin to try and convince Jordan to make the decision to return to Los Angeles.

It was also reported that Mavericks owner Mark Cuban, who was supposed to be in Dallas for the introductory press conference for the team’s new rookies, also flew to Houston to convince Jordan to stick with his original decision.

It must be noted that though Jordan verbally committed to Dallas, it does not mandate him to sign with the team once the NBA allows free agents and franchises to sign new contracts beginning July 9 (US time). Nonetheless, it’s considered an unwritten law around the league that once a player verbally commits to a team, he must push through and sign a contract.

The biggest highlight of the night, however, took place on social media - specifically Twitter. Other than the numerous memes and jokes from netizens about the whole situation, players from both Dallas and Los Angeles tweeted emoticons while en route to Houston for their meeting with Jordan.

It started when Dallas forward Chandler Parsons, the guy who had dinner with Jordan for 5 straight evenings before he verbally committed to the Mavs, sent out an emoji of a plane indicating he was on his way to ward off Jordan from returning to the Clippers:

Not long after, Reddick, who’s residing nearby in Austin, Texas, also indicated he was on his way via car:

It gets better. Griffin, who minutes prior just posted an image on Instagram showing he was on vacation in Kauai, tweeted that he was on his way via plane, then a helicopter, and then via car:

But the real show-stealer? It was from none other than Paul, who, ironically enough, was one of the reasons why Jordan considered leaving the Clippers due to his demanding personality on the court in the first place, according to reports.

If you’re wondering why Paul tweeting emoticons of what’s supposed to be a banana boat, it’s because just a few days ago, he vacationed with LeBron James, Carmelo Anthony, and Dwyane Wade in the Bahamas, where 3 of the future NBA Hall-of-Famers apparently decided to take a banana boat ride.

We’ll have more details on where Jordan eventually ends up, but both ESPN and Yahoo are already reporting that it’s probable that he'll return to the Clippers.

Jordan, who would likely accept a max deal of 5 years and $110 million with Los Angeles, averaged 11.5 points, 15 rebounds, and 2.2 blocks a contest last season.